Grammy-nominated composer Kitt Wakeley, has succeeded despite a repressive childhood. He and his younger half-sister, Kitty, suffered abuse and trauma. Kitt and Kitty were shuffled through the foster system and eventually separated.

“We only had each other,” Kitt said, “Then, one day her stuff was packed into a grocery bag, and she was taken out the door crying.” That was the last they saw of each other.

Kitt grew up and became a musician. His orchestrations have made it to #1 on the Billboard chart three times, and he’s recorded with some of the biggest names in music. In late 2019, he was preparing for a concert at Carnegie Hall (ill-fatedly scheduled for the spring of 2020) when he received the shock of his life.

“I got a Facebook message from someone named Tasha Henderson, claiming to be my sister,” Kitt said. “I didn’t believe it because I’d been told my sister had died in a car wreck.” One forgotten detail clicked into place, however, prompting Kitt to ask some clarifying questions: he is white and Tasha is biracial.

“I had stopped looking,” Kitt said. “I had it locked in my brain that she had died, so when something different popped up out of the blue, I was in shock. We met at a restaurant and continued to compare stories of what we remembered.”

“Honestly, since Kitt is older, and I was only about three, he remembered more – but we started figuring some things out,” Tasha said. “When I was adopted and put in school, my name was changed from Kitty to Tasha, so I wasn’t responding when the teachers used my new name.”

Another poignant memory for Tasha was constantly asking for her missing brother. “The foster parents would tell me, ‘You don’t have a brother,’ but I knew I did,” Tasha said. “When my late parents adopted me, they told me I would get to see my brother – and I was so excited. We marked the days off on the calendar, then a guy got out of a car, bent down and said, ‘I’m your new brother.’ But it wasn’t Kitt. It was their son who came home from the military. I cried, and they felt awful. They didn’t know that I really had a brother.”

Throughout Tasha’s lifetime, she took opportunities to look for her brother. “I never stopped looking for him. I vowed I would find him. He was all I had back then.” So, when DNA testing and research led Tasha to Kitt, she looked him up on Facebook and immediately recognized his smile.

At Tasha and Kitt’s first face-to-face reunion, they discovered they lived less than a mile from each other in Edmond—and had for years! “How many times had we crossed paths?” Kitt wondered. “We run into each other all the time now: at the pharmacy, at restaurants, at stores.”

“We have kids one year apart who went to Edmond Memorial High School together, not knowing each other or that they were first cousins,” Tasha said. Her children are all grown now but were excited to meet their newfound family members.

“We have even more family to spend holidays with,” Kitt said. “It’s a new chapter in our life.”

Kitt’s statement has extra meaning, as his reunion with Tasha was shortly followed by the addition of even more family members. In the spring of 2020, instead of playing at Carnegie Hall, Kitt and his wife, Melissa, adopted three foster children into their family, for a grand total of seven children.

“We planned to adopt an older child, but when the call came – it was for three siblings who hoped to stay together. Considering what happened to me and my sis, I psychologically understood the value of keeping these children together.”

After enduring over 40 years of separation, Tasha clearly understood. “Wondering about Kitt was one of my biggest concerns my whole life. I’m so happy to know my brother’s safe and okay.”

“Sis texts me every night to say she loves me,” Kitt said.

“Because too many days passed when he didn’t hear from me,” Tasha said. 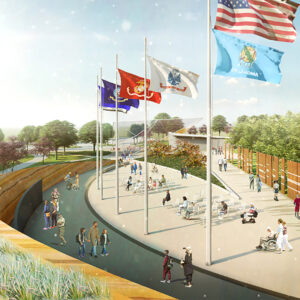 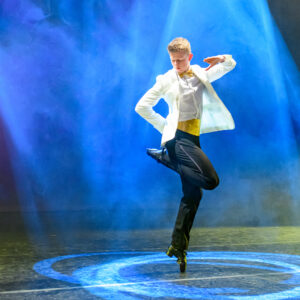 by Amy Dee Stephens
Jude Flurry dances with a nimble precision that impresses audiences. His fancy footwork of Irish tap steps and kicks draws the eye, but the genuine smile on his face is equally captivating. Jude began Irish dancing in Edmond at the age of six, joining some friends and his sister, Vienna. In Jude’s teen years, he...
Read More  >