Kynnli Ellis was born with fibular hemimelia, which means two bones were missing in her lower leg and she didn’t have a fully formed foot. Along with that entrance into the world, however, Kynnli was also born with a warrior’s spirit, and a generous mix of a little melodrama queen.

At four-years-old, she is curious and questioning, frilly and flamboyant. She loves her younger siblings, her cousins, and the movie Frozen. She also loves to move because, even as an amputee from age eight months, nothing – not even a missing leg – is going to slow Kynnli down.

“My husband and I knew that whatever our attitude was toward her leg, she would have that same attitude,” says Staci Ellis, Kynnli’s mom. “So, for her first Halloween, I dressed her up as a pirate because she already has one peg leg. Now, she has that same attitude. She’ll turn her prosthetic leg backward and walk around to freak people out.”

Ellis’ attitude toward her firstborn’s amputation didn’t happen by accident. It came after a providential meeting with Charlie Swearingen, a flight paramedic and USA Volleyball champion, while waiting in line at Starbucks.

At the time, Kynnli was only six-weeks-old and Ellis knew an amputation was in her daughter’s future. As a new mom, she was desperate for direction on how to approach a parenting situation most never do. That’s when she saw the man in front of her in line and his two prosthetic legs. She had to strike up a conversation.

She found out that Swearingen, who was dating his soon-to-be wife at the time, was born with the same thing as Kynnli, except in both legs. He assured Ellis that Kynnli would be able to do anything she wanted to do. He was a living example. Even with his prognosis, he had a full, normal, successful, amazing life.

“I told him, ‘I don’t know anything about parenting but especially parenting a kid with a disability. Was there anything specifically your parents did or didn’t do that helped?’ And he said, ‘The best thing my parents did for me after I got my prosthetics was when I fell they didn’t help me up.’”

As a new mom, Ellis said that was a hard thing to hear. But necessary. When Kynnli struggled with her first prosthetic at 16 months old, Ellis’ instinct was to help her up. But she knew her daughter, like Swearingen, needed to figure out how to get up on her own.

“That was the best piece of advice. And I was fortunate enough to get it early in our journey with Kynnli,” Ellis says.

Now, Kynnli never sees anything as an obstacle. Only an adventure. When she turned two, Ellis took her to her first UCO Endeavor Games, an annual competition for children, adults, and military service members with disabilities to compete in athletic games.

As soon as we walked in, we went to the track and field event. Kynnli started pointing out all these athletes, ‘Mommy, they all have legs like me! I want to run with my people. Can I run with

She did run with her people. At three-years-old, Kynnli competed in the 20-meter dash, 60-meter dash, shot put, discus, javelin, and long jump. This year, she’ll do it all over again, while competing in the 100-meter dash, too.

“There’s not anything she thinks, ‘Oh, I can’t do this because I have a prosthetic leg,’” says Ellis. “She doesn’t know of anything she can’t do.”

See how Kynnli, along with hundreds of other athletes, compete at the UCO Endeavor Games, June 8-11. 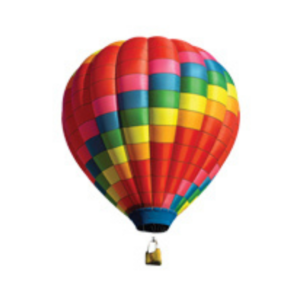 by Tara Lynn Thompson
Take the Month of Festival challenge and attend a must-see state festival every weekend in June.
Read More  > 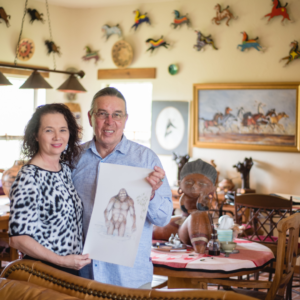