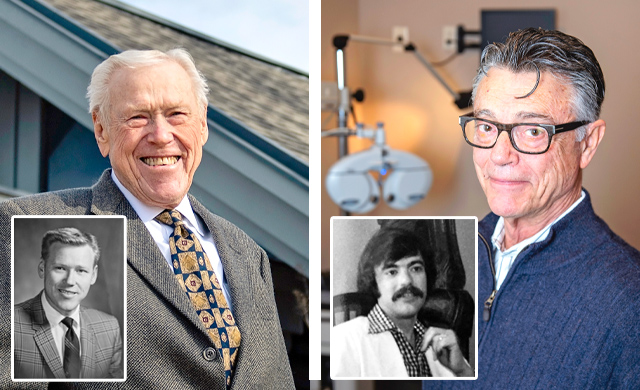 Imagine having the same job for four, five or even six decades! Meet the Decade Doctors. Both of these medical specialists felt called to the art of healing. They each experienced incredible changes in the industry. Here, they speak candidly about their lifetime missions to help people and their sorrows at facing retirement.

Dr. Walker, age 74, is rather amazed by his unlikely career as an eye specialist–a career that is still going after 46 years. He wasn’t raised in a life of privilege. His mother was just fifteen when he was born, and consequently, his parents dropped out of high school. “Because of my low-income raising, my number one goal in life was to have starched shirts like the other kids at school. I wanted nice things.”

Walker’s mom worked as a receptionist for a local optometrist, so Walker thought, “Why not try for that?” His solution for moving forward was to join the Marines, which is where he found his sense of direction. He finished his service just before the Vietnam War draft and entered medical school on the GI bill. “I couldn’t believe I did it, and I was terrified,” Walker said. “We had no electronic equipment, and I did a lot of educated guessing. I was hand- writing patient records on index cards, if you can believe that.”

Early on, Walker remembers when people only came to his office for serious eye problems. He was able to make a living by seeing one or two patients a day. He also didn’t have the quarter of a million dollars in educational debt most doctors have today.

“The field has changed. We have facts, databases and predictors to work with. I’m smart enough to know that I need to keep up with technology, so I buy the latest equipment and learn how to use it. That keeps my mind active and makes me smarter. I also exercise strenuously to keep my body healthy— so I feel young.”

In 2013, when Dr. Walker decided to ease into retirement by cutting back to a few days a week, he found himself depressed. “I seriously cried one day because I couldn’t figure out who I was anymore. I was losing touch with my patients–some who’d been coming to me for 45 years!” Walker said. “I’m such a people-person, and appointments aren’t just an eye check-up, they’re a social exchange. We talk about life and problems, and sometimes, as I get older, I even find myself praying with people who are facing serious health issues. It’s very humbling.”

For the time being, Walker plans to continue seeing patients for a few more years. “My life could have gone in a very different direction, because my family couldn’t help me–but the Lord has been with me. Being a doctor has been a perfect fit and the love of my life.”

For 65 years, Dr. Keso peered into people’s mouths. When he graduated from dental school in 1955, he spent a few years as a general dentist in the Air Force, where he mainly pulled teeth and made dentures. “Gee,” he thought, “This is not a healing art.” So he decided to specialize in orthodontics.

In 1960, he opened his practice in Oklahoma City. He soon built his own custom-designed office made out of Oklahoma Limestone, near the new Penn Square area, and added an Edmond office twenty years later. Keso quickly saw the need for treating birth defects, particularly cleft lip and cleft palate. Little was known or being done back then, so he helped organize a team to develop treatments. Team members volunteered their services at the children’s hospital, using their own supplies and instruments.

Keso felt strongly that Oklahoma needed to build a College of Dentistry—so he gathered a committee of colleagues. “But we didn’t know how to start a dental college,” Keso said. He met with people, visited other schools, and was appointed as chairman until the OU College of Dentistry was actually established.

When Keso decided to retire, he transitioned his practice over to his associate Dr. Mark Felton. Facing retirement was hard for such a dedicated doctor. Last year, at the age of 92, he briefly returned to work when Dr. Felton passed away unexpectedly. “I was faced with the moral obligation of several hundred patients needing care, so I jumped back in until someone else could take over.”

Keso is adjusting to his slower pace, but he can’t completely remove himself from the career of his life. He remains active with the dental college as a faculty member, teaching academic seminars. “I’ll never regret going into orthodontics. I’ve enjoyed every minute of it.” 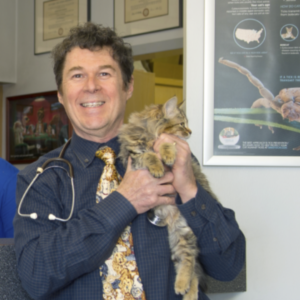 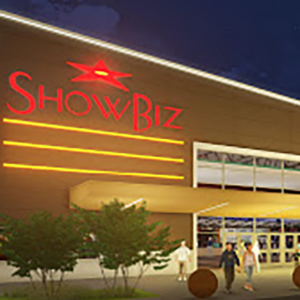 by Dr. J. David Chapman
The long-awaited grand opening is now complete. VIP event hosts Chuck and Gena Norris have left the building after the ribbon-cutting ceremony and ShowBiz Cinemas is now officially open. Although record rainfalls over the summer postponed the opening about a month, the excitement could be felt all over town. Not just citizens wanting the ultimate...
Read More  >