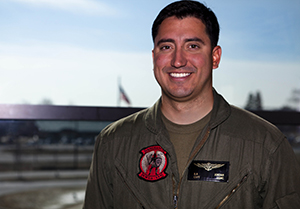 Afghanistan’s Helmand province has been host to some of the most intense military exchanges in the Afghan war. The province, located in southern Afghanistan, is marked by jagged landscape, punishing weather, and perpetual gunfire. The province’s roads and hillsides are saturated with improvised explosive devices (IEDs) and armed insurgents. Helmand is, to put it mildly, one of the most dangerous places on Earth. It is here that a former Edmond resident led a daring rescue mission and saved the lives of two wounded British soldiers. 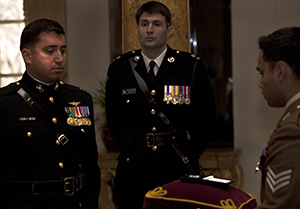 Captain Brian Jordan, a graduate of the University of Central Oklahoma, was awarded the British Distinguished Flying Cross in February of this year. Captain Jordan, who pilots a UH-1Y Viper, received the award for his “exemplary gallantry in the air in presence of the enemy” after he rescued two wounded British soldiers who were under heavy enemy fire in June 2012. The United Kingdom limits the recipients of the award to those who perform “an act or acts of valor, courage or devotion to duty whilst flying in active operations against the enemy,” and Jordan is only the second US Marine to be granted the award since World War II.

Captain Jordan was on routine patrol in air support of British Grenadier Guards when he saw the detonation of an IED and received a request for immediate medical support. Jordan’s instinct told him that the wounded couldn’t wait for medical support—he knew that his crew would have to extract the wounded if they were to be saved. 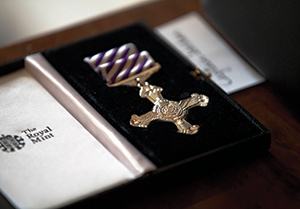 After coming to this realization, Jordan and his crew moved quickly like a well-oiled machine. Crew chiefs spotted a landing zone for their brazen rescue attempt. Jordan’s helicopter flew below the tree line while sustaining hostile fire from several directions. Jordan and his men received aerial support from an AH-1W Cobra and rescued the British wounded in ten seconds. MEDEVAC aircraft were just arriving as Captain Jordan and his crew escorted the wounded to the hospital on base. One solider had sustained a broken hip and significant shrapnel damage to his torso, eventually losing both legs at the knees. The other solider sustained a substantial amount of shrapnel to the stomach. Since the incident, the soldiers have had a full recovery and Jordan has stayed in contact with both of the soldiers and their families. 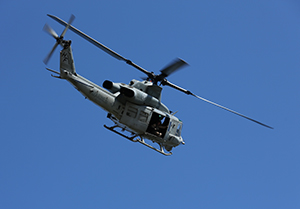 “It is an extremely humbling experience and a great honor to receive this award,” Jordan said. He is quick to note the extraordinary composure and bravery of his crewmembers. “The overall actions that led to saving the soldiers could not be done on my own. It all comes down to the dedication that Marines give on a daily basis,” Jordan said. “Without the aircraft maintainers, we wouldn’t have had an aircraft to fly. Without the actions of the section lead in the AH-1W Cobra providing suppression as we landed in the hot zone, we may have been shot down,” Jordan explained, reiterating the importance of his fellow servicemen in the extraction.

The award ceremony for Captain Jordan’s Distinguished Flying Cross was held at the British Embassy in Washington, D.C. Jordan said that the event was a “very unique experience that was a great honor to be a part of.”

Captain Jordan grew up in Corpus Christi, TX and always knew he wanted to serve in the armed forces. He comes from a family history of military service and chose the Marine Corps for its rigorous training standards. Jordan’s father was a Navy pilot and he has uncles who served in the Navy, Marine Corps and Army. 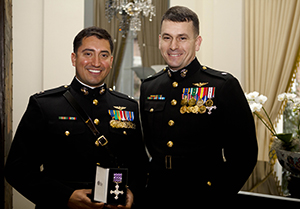 Despite the flurry of media attention Captain Jordan received after receiving the award, he feels his life hasn’t changed. “I’m still a Marine pilot and a flight instructor—doing the job I love to do,” Jordan said.

Captain Jordan’s story is one of thousands that encapsulates the bravery of the men and women who serve in the armed forces. His story reminds us of the selfless grit that defines our military and gives us all plenty to be thankful for this Independence Day. 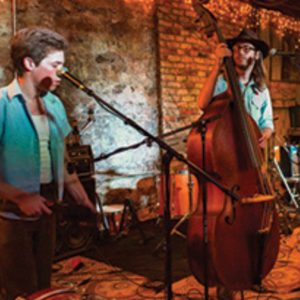 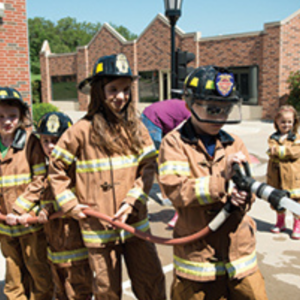