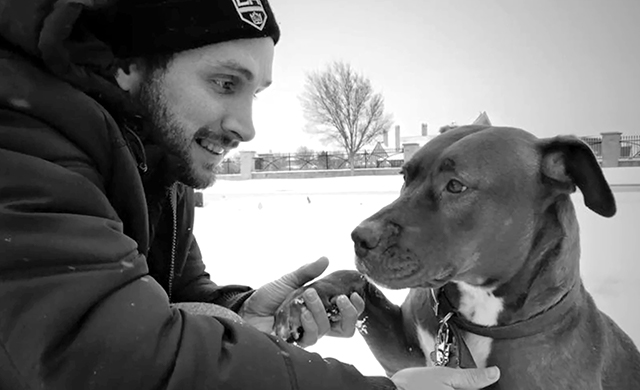 In a recent Facebook live video for S.O.S. Dog Rescue – Strength of Shadow, founder Robbie Miller introduced viewers to one of his rescues: Seymour, a senior dog with a possible luxating patella, and a significant ear infection and major dental problems stemming from owner neglect. Miller’s mission of rehabilitating and finding homes for abandoned pets started during the 12 years he spent in an Oklahoma prison and the rescue of his first dog, Shadow, followed by two and a half years working at an animal sanctuary in Edmond.

“It gives me a sense of purpose, because I was broken. Dogs have helped me and changed my life, and now I help broken dogs and broken people,” Miller said.

Miller’s love of animals dates back to childhood and a lifelong dream of becoming a veterinarian. He didn’t seriously consider bringing a dog into his life until the end of his sentence in 2014. He originally intended on buying one when he returned to his home state of California. A friend’s girlfriend urged him to adopt a rescue instead, which led him to Shadow, who had been abandoned in the desert in freezing temperatures. The pair quickly bonded, but he nearly lost her after just a month when she began coughing up blood due to a bullet lodged in her lung.

After she recovered, Miller began volunteering in the local rescue community, sharing his story of how adopting a dog changed his life. Several months later he returned to Oklahoma, where he has family, to work at an Edmond animal sanctuary; eventually becoming the kennel director. There, he learned basic animal care such as microchipping, reading blood work and administering fluids, as well as how to engage with each animal as an individual.

“Every dog is different, and I learned about the different personalities and how to deal with them,” Miller said. “Every dog that came into the shelter was a challenge, most were scared at being in a totally new environment. I had to learn to vaccinate them, deworm them, and get along with dogs I’ve never met before.” He also learned about the significant amount of paperwork involved in operating a rescue and screening potential adopters.

Miller eventually returned to California where he worked as the ranch manager for another rescue. He soon felt compelled to fulfill his vision for helping animals by starting his own group, which he named after the dog who started it all.

Miller and his team of volunteers are located in the Kern County area of California. There, they rescue dogs from local animal shelters and talk about the importance of spaying and neutering pets. Using social media, they continue to raise awareness, start fundraisers, and find good foster homes, “one dog at a time.”

The group’s motto is “Dogs are Medicine,” and Miller hopes to foster human-animal bonds like the one he formed with Shadow. “I’m not great with people, so I like to put my love into an animal and get it to where it needs to be, and then the animal gives the love to that person that might be broken too,” Miller said. 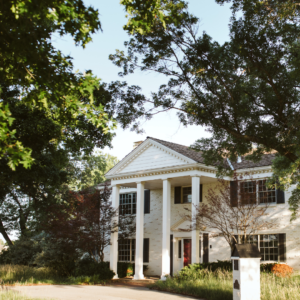 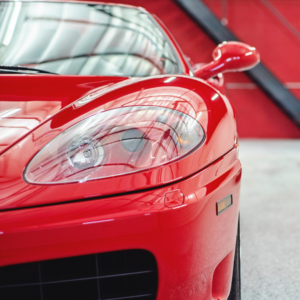 by Maria Veres
Storage Space You Can Own
Read More  >