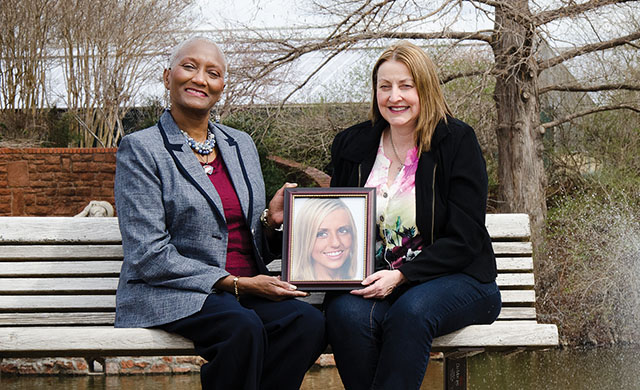 Former strangers, Agnes Bullion
and Colleen Sjostrom are now friends through the gift of organ donation.
Colleen’s daughter, Holly, unexpectedly died at the age of 22 and because she
had designated on her driver’s license to be an organ donor, others received a
chance at a fuller life. Holly’s heart, lungs, kidneys and pancreas went to
people needing organ transplants. Agnes, who is living with one of Holly’s
kidneys, had a mix of emotions that whirled through her the day she received
her organ.

“I was excited. I was anxious,”
said Agnes. “But I also started to have grief that someone had lost a loved
one.”

Holly was born in Oklahoma City
and raised in Yukon with her family consisting of sisters, Erin and Ashlyn;
step-brother, Brent; and father, John. Colleen, who is a nurse, described Holly
as a happy child who was fixated with angels, was active and loved animals. The
family lived in an area with plenty of room for people and pets which included
chickens, a pot-bellied pig, rabbits and dogs. “Friends were always here,” said
Colleen.

After high school, Holly worked
as a dental hygienist. When her father died of cancer, she had a difficult time
coping. Her life began to turn around with the birth of her son, Johnny.

Life continued for Holly until
the day that Colleen got a frantic call that Holly was unexpectedly sent to OU
Medical Center after a tragic gunshot incident. In the midst of their grief,
Holly’s family honored her request to be an organ donor. “The heart was beating
but the brain was dead,” said Colleen. “The best she can do is give back. So they
called LifeShare.”

In 2006 Agnes, who was born and
raised in Oklahoma, started being zapped of energy. Most mornings resulted in
sitting in her car feeling exhausted after just driving to work where she was a
teacher for special needs children.

By March 2007, she began
dialysis and was put on the kidney transplant list. A glimpse of events that
occurred while waiting for a kidney: Agnes missed a family trip with her
mother–it was her mother’s final family gathering; In 2009, Agnes had an
infection that wiped out her hearing within five days–she now wears hearing
aids; In 2010, Agnes was in Nebraska helping her daughter after surgery when
her husband Otis called to tell her a kidney was available–she had to decline
the kidney because she could not get back in time for the surgery. When the
phone rang on May 23, 2011 and Agnes saw Integris Baptist on caller ID, she
instinctively answered, “Hello, I’m on my way.”

After some time, Colleen wrote
to each of the organ recipients. On January 13, 2013 Agnes and Colleen, along
with their families, met for the first time. It was a tender meeting. “It was
very emotional,” said Colleen. “We talked, we had prayer.” 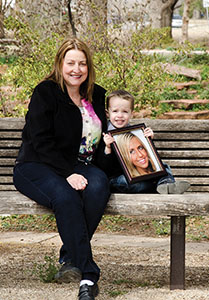 Critical to the transplant
process is LifeShare Transplant Donor Services of Oklahoma. LifeShare, a
non-profit organization, is certified by the U.S. Department of Health and
Human Services as the organization committed to recovering organs for
transplantation in Oklahoma and across the country. Brian Jackson, LifeShare
Communications Specialist, reports that nationwide over 117,000 people are
waiting for lifesaving transplants and in Oklahoma there are more than 870
citizens waiting. In 2012, there were 61 people in Oklahoma who died while
waiting for a transplant; nationally 5,963 people died. “That’s why,” said
Jackson, “it is so important for people to sign up on the registry.”

Full of energy early after her
surgery, Agnes continues to spend time with Otis, her husband of 42 years, her
two daughters and granddaughters, her foster son and her dog, Dr. Dre. She
volunteers with Whizkids, works in retail and loves Thunder basketball. Agnes
fondly patted her kidney when reflecting on Holly.

“It was tragic,” said Agnes. “It
affects her family, it affects our family. But, I believe she is at peace.”

Call LifeShare at 488-3537 or
visit www.lifeshareoklahoma.org. 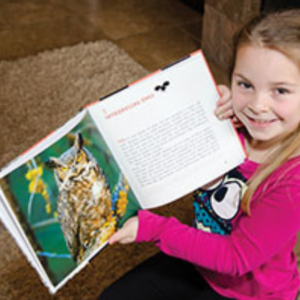 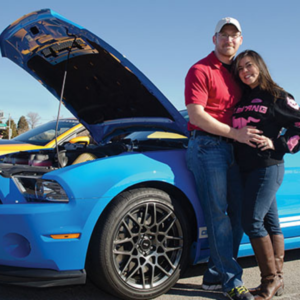 by Lance Evans
It's a passion only a true car lover can understand.
Read More  >