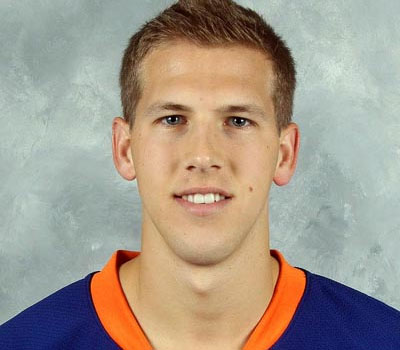 It’s no surprise to hear of a local sports star going pro. Oklahoma grows tremendous athletes — people who rack up gold medals and win national championships — and Oklahomans love hometown heroes who achieve the international spotlight. However, when Edmond native Matt Donovan was drafted to a professional league in 2009, he made history.

At age 19, Donovan was drafted by the National Hockey League, an extremely rare occurrence for an Oklahoman. Born and raised in a state with a climate disagreeable for skating on frozen ponds, the defenseman was selected by the New York Islanders in the fourth round.
The list of other Oklahomans in the NHL’s history is a short one. Tyler Arnason, who plays for the Chicago Blackhawks in the AHL is the only other player and he was only born here. Arnason grew up in Canada.
Donovan is currently assigned to the Islanders’ top AHL affiliate, the Bridgeport Sound Tigers. He explains that the way the drafting system works is not like football, but more like baseball. For a hockey player, being drafted isn’t a sure ticket to fat paychecks and lucrative product endorsements. Hockey players have to work their way up.

While Donovan’s eyes are set on becoming a full-time NHL player, he’s more than just biding his time with the Sound Tigers. When he joined the team last spring, he had time for just six games with them before the season ended in April. In the off-season he got to know his teammates and when he started the new season in October, after joining the Islanders for three preseason games, he returned as an even more invested Sound Tiger. “It’s awesome knowing all the guys now,” he said. “We’ve got a good group of guys so it’s been fun so far.”

Donovan hopes to help the Sound Tigers, named after the Long Island Sound, win games and make it to the playoffs. Plus, he hopes to be called up to play at least one game with the Islanders this season. His team members are mostly from northern U.S. states, Canada, and countries like Russia, Finland and Sweden — places known for perpetual cold weather. “Everyone gets along. It’s fun to hear all the different languages,” he says.

Apart from being the only Okie, he’s also one of the youngest on the team. “We’ve got a pretty young team,” says the now 21-year-old. The oldest player is 30 and Donovan values the experience of the guys who have some years on him. Some have been playing pro hockey for about a decade. “They’re veterans,” he says.
Donovan grew up with hockey in a way few Oklahomans have had the privilege. Over the years, his dad has helped run an ice-skating rink in Bethany, Arctic Edge Ice Arena in Edmond and the Blazers Ice Centre, which meant much of Donovan’s formative years were spent near or on the ice. “It was pretty easy getting into hockey,” he recalls. “I’ve loved it ever since I started.”

As a freshman at Edmond North High School, Donovan played AA hockey for the OKC Junior Blazers. When he was 16, he moved to Dallas and played AAA hockey for the Dallas Stars. He finished his high school career in Iowa, playing for the Cedar Rapids RoughRiders in the United States Hockey League. There, he was named to the USHL All-Rookie team.

His college career consisted of two seasons with the University of Denver Pioneers, after which came his historic NHL draft. Another career landmark came in January 2010 when Donovan won a gold medal at the World Junior Hockey Championships in Canada.

Now living in Connecticut, ice is easier to come by than it was in Oklahoma, but he misses his family and friends in Edmond. “I grew up there and know everything around there,” he said. Donovan picks the ocean as the biggest difference between his dry home state and where he’s been transplanted, and it will be a while before he’s home again for a significant length of time. The Sound Tigers are well into the new season and Donovan is optimistic. “It’s going well so far,” he says. “It’s awesome to be drafted. I hope it proves to the kids in Oklahoma playing hockey that they can make it to the NHL.”

To follow Donovan’s first full season with the Sound Tigers, go to www.soundtigers.com. 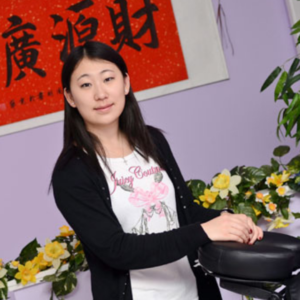