Spirit of a Warrior, Heart of a Patriot 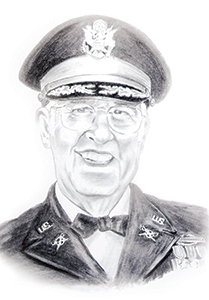 Oren Lee Peters may be 92 years
old, but at heart he is still the kid who left for war in the 1940s.

Like many of the veterans of a
war that seems eons away, Oren likes to talk. He’s easy to talk to. With his
pillowy cloud of white hair and a big toothy grin, Oren is a natural
storyteller. He talks about boot camp, he talks about the men who he served overseas
with, he talks about General Patton as if he were a real-life comic book hero,
and he talks about pranks he pulled.

Names like “Shifty,” who stole
away for three days in Italy to cavort with wild women, become real people.
Places like Sicily were foreign shores where men barely out of puberty made
amphibious landings. Every now and again, Oren lets a cuss word slip, and then
he grins as if he got away with something that no one in the room caught.

What he and many other surviving
World War II and Korean War veterans do not talk much about is the war itself.
Even for a kid who “thought this was all a game” in the 1940s, when the serious
talk about bloodshed and fellow soldiers dying starts, it comes slowly. The
humorous stories told with twinkling old eyes and big grins fade for a moment.

“When we landed in Salerno,
Italy, the 36th Division of the Texas National Guard made the landing first and
we were the floating reserve,” said Peters. “They secured the beach, and we
were supposed to reinforce it the next day. But at 2pm, they called us to the
boats and we made the landing in the middle of that afternoon because the 36th
really got chopped up.”

Until that day, Oren was still a
kid. He soared through training and all the other wartime excursions with the
blind optimism of youth. Barely 20, war was the big adventure to him. It was a
game, and he was winning. “I enjoyed it because it was new and exciting,”
Peters said. “But it was that day—it was there that I saw the tanks and the
infantry coming down on us with nothing to stop them. That’s when the Lord and
I had a conversation. I made all kinds of promises if He’d just get me out of
there. I prayed and it wasn’t a game anymore.”

That day, two P38 aircraft
answered Oren’s prayers and bombed the advancing German troops. “Those were the
prettiest planes I’d ever seen. I still have a lot of promises to keep,” Oren
says quietly. For a moment, his bright eyes look up and the quick, teasing
smile is back. 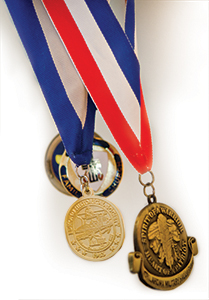 Oren Lee Peters was born in
Edmond on April 16, 1921, as a direct descendant of intrepid land runners who
settled east of Edmond during the 1889 Land Run. In his sophomore year of high
school at Edmond High, he was in the midst of serving two years in the National
Guard. One day, his commanding officers called him into his office and said,
“Little Peter, I’m going to discharge you.”

“I thought I did something
wrong,” Oren said. “But he said that the unit was going to be inducted, but the
orders hadn’t come down yet. They wanted to discharge everyone who was still in
high school.” But the one-year training program was something that Oren’s older
brother thought would benefit the young man. His brother told Oren’s mother
that he would come back stronger, smarter, bigger and better suited to play football.
“The war wasn’t on yet, so I did the program,” said Oren.  In August 1938, he attended drill and summer
camps, thinking he was enlisted. “However, records show my official enlistment
in the Headquarters Company 179th Infantry 45th Infantry Division of the
Oklahoma National Guard was January 9, 1939.”

Training was a big adventure and
a ton of fun for a kid like Oren. It was there, while the enlisted men watched
a movie in a theater, that they heard Pearl Harbor had been bombed. The movie
was stopped and every enlisted man was sent back to barracks.

“Outside, there was a lot of conversation
about Pearl Harbor being bombed. We got back to camp, but to this day, I don’t
know why they took us out of the movie. We were in Abilene, so there was
nothing we could do,” Oren said. “As a kid—which is what I was—it didn’t mean
that much to me. It was still a game and Pearl Harbor was far away.” War was a
foreign place full of heroes and being a teenager meant that atrocities were
still a foreign concept.

As a driver for a general, the young soldier
in training met General George S. Patton. “You could always tell when Patton
spoke, because you could always hear and understand him. He spoke in beautiful
language. People say he used profanity in a way that it was beautiful—it
emphasized what he had to say,” said Oren. 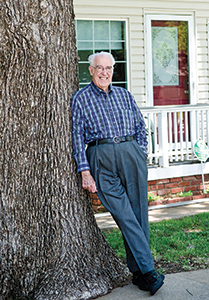 From training camp to training
camp, Private Peters got ready for a war and in early 1943, he was shipped out
to take part in an amphibious landing in West Africa. “They didn’t tell us
anything. They lowered the boats and put rope ladders over the side. I don’t
know what the other guys thought, but I thought, This is it. We ran and hit the beach on our bellies and started
crawling,” said Oren.

“When they didn’t issue us ammunition, we should
have known better. Patton was there and he wasn’t happy to see us crawling up
the beach for no reason.”

During his 511 days of combat in
Europe, Oren participated in eight major campaigns and four amphibious
landings.  “I came home and was discharged
June 1945,” Oren said.

After earning his high school
diploma, the kid-no-longer became Edmond High’s football coach—mostly by
accident.  Two years later, however, the
young Peters was back in combat, this time rejoining the National Guard in 1947
to sign his oath of office and serve with the 45th Infantry Division in 1950 in
Korea.

But there is life after war.
Oren married his sweetheart Lucille. He served the Boy Scouts of America and
coached the first junior high school basketball program in Edmond. He still
attends Kiwanis meetings. He taught other young soldiers at the National Guard
Education Center in Little Rock, Arkansas.

“When I retired, we moved back here and
started seeing all the major cities of the world,” Oren said. “We went to the
50th anniversary of the Liberation of Rome, and we took the battlefield tour
where I served.

“This is just a situation that if we love our
country and want to protect it, we have to be willing to fight for it,” said
Oren.

During his service in World War II, Oren earned: 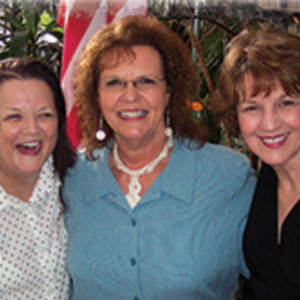 by Louise Tucker Jones
Louise visits her high school for her 50th reunion and reminisces about all the wonderful things she learned, inside and out of the classroom.
Read More  > 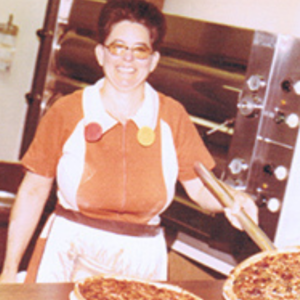 by Laura Beam
Few foods bring people together in such an instant, carefree fashion as the just-opened box of piping-hot pizza. Kids flock to the dinner table, office workers instinctively migrate from their computers and party guests come to life when this one-dish wonder casts its aromatic spell on a hungry crowd. By its very design, pizza is meant to be shared.
Read More  >