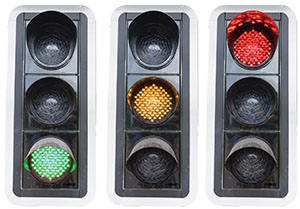 Traffic. It’s everywhere. Even
in Edmond.

Tens of thousands of cars pass
over Edmond roads everyday. As a growing city, Edmond is projected to reach a
population of 85,000 by the end of this year. The hard fact is that more people
means more cars on the road. But creative solutions coming out of the city of
Edmond’s engineering department will help shrink the congestion caused by those
cars. Here are five interesting things our city is doing to ease traffic
congestion.

In 2008, Edmond’s engineers
reached the conclusion that its current traffic monitoring systems would start
becoming state-of-the-old over the next decade. The city’s most ambitious
traffic project, the Intelligent Traffic System (ITS), is now underway and will
come online, intersection by intersection, toward the end of this year. The
ITS, in simplest terms, is a traffic brain. Edmond’s major traffic corridors
will be transformed into nerves that feed real-time traffic data to a new,
cutting-edge traffic monitoring system. Everything from intersections and
traffic lights to cameras and sensors will be controlled from a new traffic
management center, giving engineers the capability to manage congestion.

“The system will allow us to
monitor traffic, especially during rush-hour periods, for system failures.
We’ll be able to correct many of those failures right then and there without
sending somebody into the field. It will allow us to manage traffic
proactively. It’s part of an ongoing effort to decrease traffic congestion,”
says Tom Minnick, Traffic Planner for the City of Edmond. By the end of the
year, 21 intersections will be integrated into Edmond’s ITS. ITS projects are
few and far between in Oklahoma, demonstrating Edmond’s willingness to strive for
the best in new traffic management technologies.

One of the feature capabilities
of ITS is to provide realtime traffic information to motorists via the web,
smartphones, and other devices.  Before
they even turn the key, motorists could know the best routes for avoiding
congestion. From closed intersections to temporary traffic detours, Edmond
residents will have all the information needed to plot the quickest drives to
their destinations.

Lack of roadway capacity is the
number one offender when it comes to traffic congestion. Sometimes old methods
yield the best answers to new problems. Widening streets in developed sections
of the city is difficult, sometimes impossible. But as Edmond grows outward,
traffic planners are thinking ahead to accommodate future traffic in newly
developed areas. The city’s expansion of Covell from Santa Fe to Thomas Drive
is the latest example of this old method. New medians and turn lanes keep
through traffic moving at a good clip. “This type of roadway segment is the
model for what we’d like the rest of the roads in Edmond to be, but we can’t
get there overnight,” says Minnick. “It’s going to take time, but we’re working
toward it.”

2014 will see this process in
action at 33rd and Broadway where additional turn lanes and signal lights will
clear the intersection more quickly, especially during rush hour. 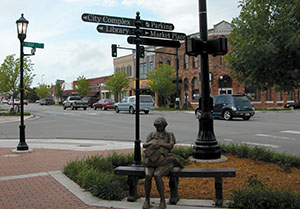 Access management is
coordination of land access and traffic flow. The basic premise is to preserve
and enhance the performance and safety of the street system. Access management
is the practice of optimizing access to land uses while preserving the capacity
and safety of traffic on the roadway network. Turns from a main throughway can
create heavy congestion. In most cases, it boils down to the simple addition of
new turn lanes that allow cars to move off of the main roadways while
approaching entrances to subdivisions, shopping centers and other destinations.

Signalization is traffic
planning lingo for the process of timing lights at intersections to keep the
number of red lights that a motorists hits along a major traffic corridor to a
minimum. State-of-the-art sensors measure traffic volume. This data is
evaluated and adjustments can be made to keep congestion along major roadways
to a minimum.

In addition to getting drivers
as far down a road as possible, signalization penalizes speeders. The timing of
the lights is calibrated with speed limits in mind. Exceeding the speed limit
leaves a driver parked at more red lights, almost guaranteeing that their
journey will take longer than it would have if they had not put the pedal to
the metal. Signalization works so well that, even in rush hour traffic, it only
takes twelve minutes to cross from the west side of Edmond to the east—a
statistic that bolsters Edmond’s claim to some of the best traffic management
in Oklahoma.

by Emily Anderson
Walk through any model home on the market today and you can't help but be floored by the chic and stylish carpet, tile and wood foundations that set the mood of magnificent rooms.
Read More  >