Cindy Somerville says she gets goosebumps when she thinks of some of the little girls who’ve received dresses sewn by U R Special seamstresses. Somerville is the ministry’s lead designer who carefully chooses current patterns, fabrics, and notions for the design packets that are given to volunteer seamstresses.

U R Special is a ministry known for how it helps serve underprivileged children in Edmond. The Christian ministry is supported by donations and grants and hosts a clothing distribution three times a year (back-to-school, winter, and spring) for boys and girls ages three through nine. 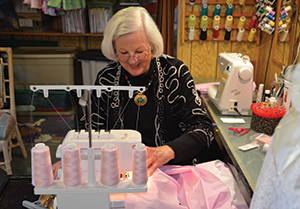 “One little girl came to a distribution day with her dad and wanted to pick out a dress. When she came out of the dressing room her father looked at me with tears in his eyes. He said how beautiful his daughter was and that she looked just like her mother.

“We may not know the whole story of what brings families to U R Special, but we know we are a part of a transformation,” said Somerville. Each child gets a new pair of shoes, shirt, jeans, underwear and socks. At the winter distribution, they also are given a new coat and gloves. The spring distribution is held the weekend before Easter, and little girls get to pick out a new dress. “It’s more than a clothing distribution program, it’s a self-esteem program,” said Director Darsi Graham.

The children’s parents are predominantly the working poor who’ve moved their families to the Edmond community. They often serve in manual labor fields or work in the hotel and restaurant industries. Their children attend Edmond Public Schools. Many of the children’s parents and guardians learn about the program through friends, school counselors, churches, the Hope Center of Edmond and Head Start. For the approximately 1,300 children U R Special serves, the clothing received may be the only new items they get throughout the year because their parents often cannot afford it, according to Graham.

“It’s a celebratory day focused on making the child feel important and special,” Somerville said. “Their faces light up when they pick out their brand new clothing.” She said she sees the same look on the faces of the seamstresses when they turn in the dresses they’ve created.

“I say it’s also a self-esteem program for the seamstresses. Many are retired or widowed and want to give back by using their sewing skills,” said Somerville, who began volunteering because she missed sewing. “Sometimes you reach a stage of life where you’ve raised your family, are retired and you don’t feel as needed any more. It’s important to keep giving back and to keep your skills honed.”

Started in 1993 by three women as a dress program for girls, U R Special quickly expanded to include clothing for boys and added more clothing choices for girls.

But the dress program has remained its signature piece.

There are approximately 30 seamstresses, some even from out-of-state. Many learned to sew as young girls in 4H or were taught by their mothers and grandmothers. They made layettes for their newborns, holiday and wedding dresses for daughters and suit jackets for husbands and sons. 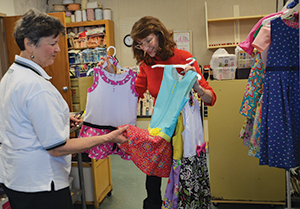 Ninety-five-year-old Edmond resident Jane Nay has been sewing for 75 years, and has contributed to U R Special since its inception. She sews for the ministry with a church sewing group that meets in her home once a month. “I love the fellowship and I love to sew. I had two daughters and a swag of granddaughters I sewed for,” she said. “This ministry gives me the opportunity to keep sewing for children.”

Barbara Byrd, 77, of Oklahoma City, has volunteered since 2009 and considers it her mission. She turns in 150 one-of-a-kind dresses each year. After she retired as the director of the Senior Friends Program at OU Health Sciences Center, she learned about U R Special from an ad, but said she was afraid her sewing skills were rusty.

“I took a few patterns the first time and I quickly realized sewing was like getting back on a bicycle. It comes back to you,” she said. “Sewing also helps me to continue to use my hands. My doctor said it was good for my arthritis.”

Byrd said she likes to imagine what the dress she’s making will look like on the little girl who will eventually choose it.

“I make princess dresses because little girls still want to be a princess. My goal is to make the prettiest dress a little girl will ever have,” Byrd said. “And, honestly, there is a nice glow you get when someone compliments you on what you’ve made.”

Visit urspecialedmond.org to see the ways you can contribute. 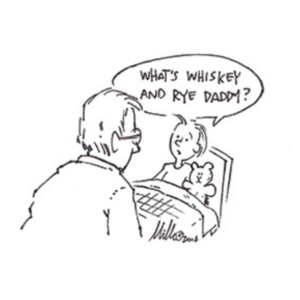 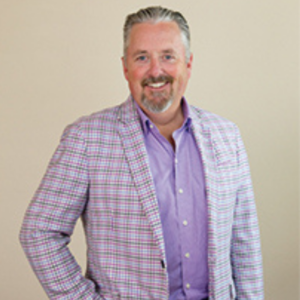