Tom Tischler is a world-renowned sculptor of life-like bronze animals. His art is on display at more than 100 zoos and museums worldwide—but the Oklahoma City Zoo, alone, is home to an unprecedented seven pieces.

Most visitors to the Oklahoma City Zoo have at least one photograph of a Tischler sculpture on their cell phone—maybe the cute baby rhino or the tiger lounging in the bamboo forest. He also created the 9-foot Komodo dragon, a baby giraffe, playful baby elephants, two diving otters, and most recently, a bison.

“For one location to have so many pieces by one artist is unusual,” Tischler said. “Especially since they’ve been collected by different administrators over the last twenty years.”

Not surprisingly, Tischler has strong ties to Oklahoma City. He is currently a resident of Australia, but his wife, Sherri Huntress, is originally from Oklahoma City, so the Tischlers visit her family several months each year. Animal magnetism is certainly a factor in their 30-year marriage. They met while Tischler was showing his art at a zoo in Texas where Huntress was the veterinarian.

“I’ve heard some unusual pick-up lines, but none as effective as the one Sherri used on me,” Tischler said. “She said, ‘I have a gorilla in the clinic, do you want to see it?’ I knew she was the girl for me.”

Huntress has worked at the Oklahoma City Zoo off and on for years. Her veterinary career has given Tischler unprecedented access to animals. In 2001, Huntress was doing some summer work at the zoo when a female rhinoceros was due to deliver.

“The day the baby arrived, Sherri called me and said, ‘Grab your camera—you’ve got to see this baby! It’s the cutest thing ever.’ To me, it looked really scrawny and terribly newborn, but I took pictures daily, and by the second or third week, he’d filled out and was as cute as he could get,” Tischler said. 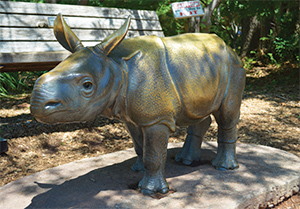 Using the photographs and measurements, Tischler created a precise 3-D replica of the newborn rhino during his first few weeks of life. “That only happened because I’m married to a zoo vet.”

The most recent Tischler sculpture to call Oklahoma City home is a bison placed in front of the zoo’s new veterinary hospital. The sculpture has sentimental significance for Tischler because it was requested in honor of a friend and long-time zookeeper, Ralph Harris.

“Losing Ralph to cancer was tragic,” Tischler said. “Ralph’s wife, Linda, who is also a former zoo employee, approached me about a memorial that represented a species that Ralph worked with and their family connection to Chickasaw heritage. It was clear that the bison encapsulated everything she needed.”

In December 2015, Tischler spoke at the bison dedication ceremony before a select group of friends, family and staff. A Chickasaw chief ceremonially blessed the attendees and Tischler’s sculpture. It was a moving moment for an artist who strives to convey dignity and serenity through his art.

It isn’t terribly surprising that Tischler has a career in wildlife art, since his mother was an art teacher and his father was a veterinarian—but he certainly entered the field in an unconventional way. The native Texan has spent his early career as an architect and exhibit designer for zoos and museums around the world. He spent five years creating game reserves for the National Park system in Africa, where he had incredible wildlife experiences. 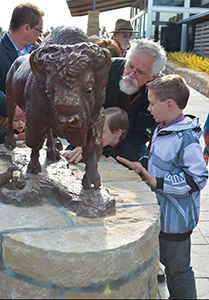 Upon returning the United States, he’d decided to end his architectural career, but use his contacts abroad to become a safari travel agent. To find clients, he attended an exclusive art show in Texas, billed as having the best wildlife art in the world.

“I’d spent years working with animals, mostly wild animals doing wild things,” Tischler said. “So I looked at the artwork and I was stunned. I had a moment of clarity when I realized what I was supposed to do with my life, although 30 years had already slipped by and I hadn’t done it.”

By the end of the art show, Tischler decided to be a sculptor, not a travel agent. He approached the information booth to find out how to become an exhibitor at the next show, two years later. The information clerk asked, “How long have you been sculpting?” Tischler responded that he hadn’t started yet. The clerk looked shocked and said he couldn’t possibly be in the next show.

Tischler went home, bought a book on sculpting, created an elephant, and sold it. “And when the art show doors next opened, I was the artist who unlocked the doors from inside the display hall,” Tischler said. “I’d already sold artwork to every board member of the art show.”

He spends more than 500 hundred hours developing most of his sculptures. He strives to accurately convey the natural behavior and personality of each animal in a way that viewers can see their intelligence and emotions. No matter how efficiently he tries to work, hours slip away as he adds or removes clay.

“I approach my art as an architect,” Tischler said. “I do blueprints of the animal, creating architectural drawings from the top, sides and under view. I look at every photograph I can find, and study every body part.”

According to Tischler, “There often seems to be more agony than ecstasy to the work, but at some point I’m forced to lay down my tools and admit that I’ve done the best that I can do. Hopefully, viewers can imagine that these animals are real and give them credit for having intelligence and emotion.  It is my intention that people feel an affinity and responsibility toward wild creatures.” 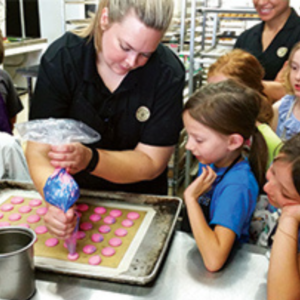 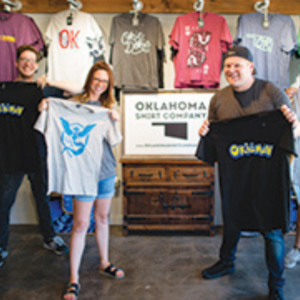