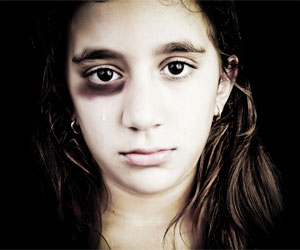 The 2011 brutal murder and dismemberment of 19-year-old Carina Saunders from Mustang has thrown Oklahoma and human trafficking into the national spotlight, where many Edmond residents least expected to see it — close to home.

Oklahomans Against Trafficking Humans (OATH) is a non-profit organization that was created to combat this horrific and overwhelming problem. Started in 2008 by a group of Tulsa residents and led by director Mark Elam, OATH began with the goal to simply raise awareness in Oklahoma.

According to the their website, Oklahoma ranks in the top ten states for human trafficking and Edmond OATH spokesperson Lori Ford explains why. “It’s because Oklahoma ranks among the top five states in the number of reported cases of child abuse, divorce, and teen pregnancies. Our state also has a high number of children who suffer from hunger.” Ford shares, “I was shocked to learn that the OK Board of Education reported in 2010 that Oklahoma was ranked number two for homeless youth. And the OKC inner-city public schools are at 50% drop out rates.” Combine these negative factors with our convenient transportation system with I-35, I-40 and I-44 and you have created a ripe harvesting ground