Several times a week, he loads up his Fender speaker system and his wireless head mic and travels to adoring audiences around Oklahoma.

They can’t get enough of him. They don’t want his shows to end. They line up afterward to talk to him. Herb is not a rock musician. Herb has figured out how to make rocks, yes, rocks from the ground, entertaining to a group of people typically difficult to engage: individuals with Alzheimer’s disease!

“When I visit a Memory Care Unit, the activity director will often say, ‘Don’t be offended when they drift off after about 15 minutes. We’ve tried animals, musicians, magicians. Nothing keeps their attention long,’” Herb said, “but my rocks usually do.” Of course, the rocks Herb brings are beautiful and striking: crystals, minerals, fool’s gold, meteorites and fossils. And they are touchable.

This year, Herb has done over 100 geological programs at senior centers. He has programs developed about different colors and textures of rocks, about rocks that glow under a flashlight, and about rocks that change colors under a black light.

Herb arrives at a show with four sets of the same rocks so that he can set up four tables for attendees to sit around. He believes that his audience’s engagement comes from the ability to reach out and immediately touch the rocks he’s talking about, instead of passing one rock around the room.

“It’s a lot to haul and set up, but it is so rewarding when they get excited or ask questions,” Herb said. “Often, before I finish packing up, residents have wheeled their chairs back from their rooms holding their own rocks to talk about.”

Herb’s interest in rocks goes back to a fourth grade vacation to Yellowstone. He was so inspired by that trip he became a geologist. During his career, he and his team in Fort Worth pursued the groundbreaking new oil and gas source from shale—which ended up being the biggest source of natural gas around the country.

In 2015, Herb retired in Edmond to care for his wife, who was diagnosed with Alzheimer’s disease at the age of 54. When she passed, Herb experienced “the void” that comes after 11 years of caretaking. A month afterwards, he spoke about his experience at an Alzheimer’s Association event for a thousand staff and volunteers.

“So, I added some humor into my speech,” Herb said, “and you never hear humor in an Alzheimer’s speech. Luckily, it went over well.” His talk was so popular that he spent the next two years traveling as a speaker, and he began leading caregiver support groups.

“I also wanted to help the people with Alzheimer’s,” Herb said. “My first rock show was in Tulsa for people with early stages of the disease. It went so well that I was there over two hours! They didn’t want me to leave, and I realized I had a hit program.”

Now, Herb claims that his house is starting to look like a rock museum. “Rocks everywhere, in every room. My garage is filled with tables of rocks. I have blue rocks in my blue bathroom, but hey, I’m a geologist!” Herb’s enthusiasm for rocks has captivated a group of people who often seem disinterested. “They can be a difficult group to reach, but it turns out, people in Memory Care like cool-looking rocks, too.” 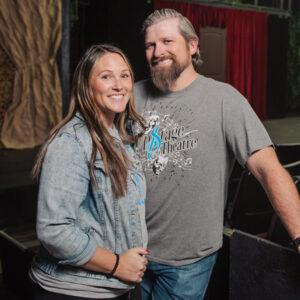 Family Flair for the Dramatic & Theatrical

by Maria Veres
For Upstage Theatre owners Brett and Jenny Rottmayer, family is everything. Their Edmond venue offers year-round entertainment for all generations to enjoy, with plenty of performance opportunities for both kids and adults. As the parents of seven, the Rottmayers cherish working alongside their own growing children in this family business. “We love that it gives...
Read More  > 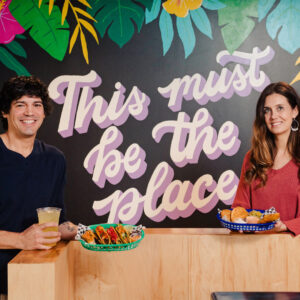 by Laura Beam
When you hear ‘taco,’ you may naturally think of Mexican food, but at The Fried Taco, a world of other tastes lights up the diverse menu. Heavy influences of tangy, bold Puerto Rican and Caribbean cuisine create the most exciting flavor combos of slow-simmered meats, house-made salsas, creamy sauces, crunchy slaws and more. In each...
Read More  >