Imagine racing across the country in 17 days through blistering heat and biting cold on the saddle of a pre-1939 motorcycle. All this to earn the top spot in the most exciting motorcycle race in the country. 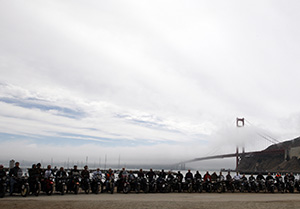 The infamous Cannonball Run, made popular by the movies starring Burt Reynolds, shows a wild and outlaw-type race from one end of the country to the other in sports cars, but this year, the Cannonball Run is giving the glory to the two-wheeled road warriors.

Gerald Tims of Oklahoma City, owner of Performance Cycles and co-founder of the Seaba Station Motorcycle Museum on Route 66, will be among the 105-plus competitors in this year’s Motorcycle Cannonball Run, held September 5 to 22. The cross-country race starts in Daytona Beach, FL, and ends in Tacoma, WA.

This isn’t Gerald’s first run. He raced in 2012 and was just a day and half from the finish line when his 1929 Harley Davidson suffered a fatal parts failure. This year, he plans to go all the way. “I made it so far that year,” Gerald said. “I thought, ‘I’m so close, I could literally get off and push it.’ Not really, but it was frustrating. Of course I have to do it this year. I have to finish it.”

On September 5, more than a hundred bikes will line up to race along the lonely back roads of America on a quest for glory, victory and just plain fun. 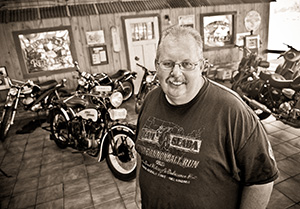 “I’m a motorcycle addict,” said Gerald. “My whole life I’ve ridden, raced and done just about everything with a motorcycle.”

This year’s race is the third time to involve motorcycles rather than cars. The first Motorcycle Cannonball Run was in 2010 and began at Kitty Hawk, NC and ended in Santa Monica, CA. This year, the age for bikes is 1937 or older.

“There are 105 people signed up from six or seven different countries this year,” Gerald said. “Three are women and one rider is 70 years old.”

Each competitor gets a route sheet every day and a time frame in which he or she has to reach the finish point that day. Although each gets an hour leeway, if you go over, points are taken away.

It’s easy to go over the time limit. Pre-1937 bikes aren’t meant to go across country in such a grueling race. They break down, and each night, riders spend time fixing and repairing broken parts. Each competitor has a chase truck filled with parts and supplies, but the trucks aren’t allowed on the same highway as the motorcycles.

The Cannonball Run organizers also have chase trucks to help those riders with fatal breakdowns. Those happen—of the 69 who started in 2012, only 39 were able to finish. “You stay off the main highways and travel the back roads,” said Gerald. “It’s a great way to see America, but on the longest day, you’re going 350 miles! You rebuild your motorcycle from front to rear to prepare for it, but every night you have to do maintenance on the bike.” 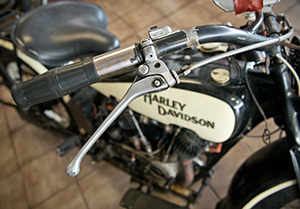 The race isn’t like the movies. No one is out to sabotage anyone else, and a sense of fellowship infiltrates the event. Other riders help fix bikes, loan out parts and encourage each other on. “The people you meet become friends for life,” Gerald said. “There is a great deal of camaraderie in the evenings when you stop. This is more about doing something you can be proud of—it’s about finishing. Everyone has the same goal.”

Of the competitors who finish all the miles, the tie-breaker goes to the one with the oldest bike. If that’s a tie, the title goes to the oldest rider. So far, the winner of the last two races won on the basis of his 1913 Excelsior motorcycle.

The Journey is Half the Fun

Gerald is no stranger to races. He’s raced in motorcycle races south of the border and throughout America. Once, while racing in Mexico, he crashed and was stranded for hours in the blazing desert heat with a broken leg before help arrived. He knows the Cannonball Run will be safer, but just as grueling. “You don’t get to sleep too much,” he said.

The race draws big crowds, and in some of the overnight towns, thousands of people show up to see the bikes and riders. However, the sights along the way are the biggest draws for Gerald. “Last time, I got to see Mount Rushmore. That was incredible,” Gerald said. “We also drove past Woodstock. It’s an amazing way to travel America.”

Gerald bought his 1929 Harley approximately eight years ago. He and his friend Phil Matthews completely rebuilt the bike, but still retained the aged look. “I wanted it to look old and rode,” Gerald said. “I did nothing for the aesthetics, just the parts.” 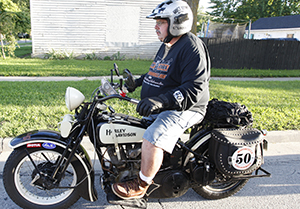 Like the first year for motorcycles, the 2014 Cannonball will be coast to coast. The routes pass through Georgia, Tennessee, Missouri, Kansas, Colorado, Utah, Nevada, Idaho and Washington. The path offers some of the best scenery America has to offer. “I’m looking forward to it,” Gerald said. “It’s quite a trip.”

To sponsor Gerald on the Motorcycle Cannonball Run, contact him at Performance Cycles, 787-4688. Learn more about the race at motorcyclecannonball.com. 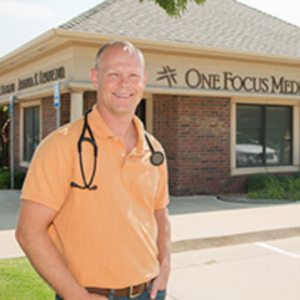 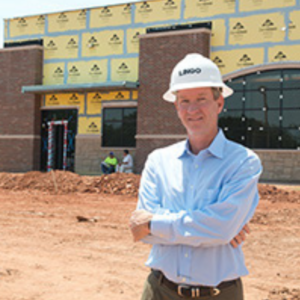