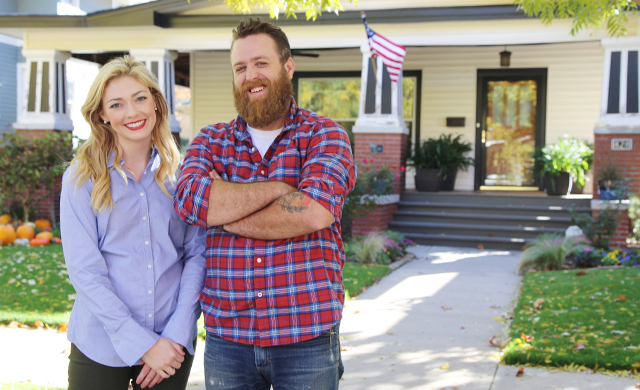 Fifteen months ago, making a television show wasn’t on the radar of either Paige Sheller or Ty McBride. They’d each received an email that Sonar Entertainment had scouted them out as possible candidates for a show about remodeling historic homes in Oklahoma City. Although skeptical, friends and family convinced them to give it a shot. Now, they are the smiling faces on a new pilot show running on HGTV called Restore and Revive.

Getting to Know You…

Paige, owner of A-Line Designs, and Ty, owner of Wood Window Rescue, barely knew each other when the try-out process began, so they met for coffee and started getting to know each other. “We shared our philosophies about design and preservation, and we started working on projects together and getting to know each other’s families,” Ty said. “We come from different places, but we respect each other’s professions. Paige is a serious designer, not a DYI designer. She’s the real deal.”

Paige and Ty were prime candidates because they already had established, successful businesses. “Sonar wanted individuals who are successful in their own right to build a professional relationship on the show–instead of the usual model of using family teams or television personalities,” Ty said.

After a series of Skype interviews and screen tests, Paige and Ty received word that they’d been selected as partners for the pilot show. During the summer of 2017, they spent four months restoring and redesigning a historic home in Mesta Park on film.

“It was awesome and it was grueling,” Ty said. “We both have our own businesses to run, but two days each month, we had to turn everything off and smile for the camera.”

“We were working in a house with no air conditioning or working bathrooms,” Paige said. “But in the end, I’m really proud that the homeowners are happy. Ty is very talented at what he does, and I feel like the clients got a full A-Line Design experience, too. It was not just thrown together for TV.”

For Paige, the A-Line Design experience is what she’s built her 10-year business upon. “We make the client’s taste come to life, representing who they are and what they love. It’s not me stamping myself over and over again. On film, they made it look like I did literally everything,” Paige said, “but I had my amazing team working behind the scenes. We were fortunate to use many subcontrators that I’ve worked with before, and most of the art, antiques and furniture came from local businesses.”

Ty not only grew up in an old farmhouse, he helped his dad work on houses. “Many people want to live in an old home, but they don’t know how to modernize it in a safe, respectful way that will last for the next generation,” Ty said. ”Restoring windows is just part of what our craftsmen do. It’s our niche, but the heart of the business is educating people about all aspects of building preservation, so that they alter it in harmless ways.”

Now, Paige and Ty wait. Their pilot episode began airing in August. If ratings go well, there’s a chance of filming a whole season of Restore and Revive. The possibility is exciting, but both Paige and Ty are adamant that their businesses will carry on as usual. “God may have put this in my lap, but my clients won’t take a backseat to the show,” Paige said.

“I’m deeply rooted in Oklahoma, and I love seeing old houses saved,” Ty said. “Remodeling right is what I’m passionate about, and this show brings awareness to home restoration.”

“Neither Ty nor I had entertainment experience, but we dove in together, and I’m proud of what we did,” Paige said.

For more information go to www.hgtv.com/shows/restore-and-revive, 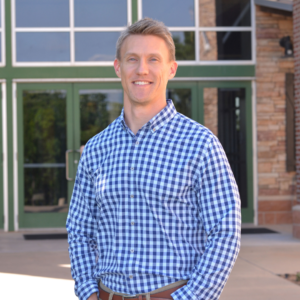