A songwriter is always looking for great stories to turn into music. Bryan Mitschell, a sound technician at the University of Central Oklahoma (UCO), was on the hunt for songwriting material when he found a goldmine of human-experience stories at a homeless shelter.

The result led to a groundbreaking project in which Bryan interviewed homeless people and composed music from the stories. The album Quiet Kismet: Songs and Stories of Surviving Homelessness will be released in late March.

“I was volunteering computer services at a homeless shelter,” Bryan said, “and I started hearing

individual life stories. Many of the people had normal lives before experiencing homelessness. I was guilty of thinking that all these peoples’ situations came from poor choices of their own doing. I now realize the insurmountable obstacles they face.”

Bryan approached his friend and colleague at UCO, Dr. Tess Remy-Schumacher, about producing songs from their stories. “Because what if people from the homeless community could share their perspective through music and get paid for it?” Bryan asked.

Dr. Tess is a world-acclaimed cellist who has championed 13 grants at UCO for student-based music albums in her role as a grant investigator for the university. “My purpose is to connect people with the community to make their lives better,” Dr. Tess said. “As a musician, I want to use music as part of the healing process.”

The homeless community was responsive, agreeing to record oral histories about their lives, for which they were compensated. Student research assistants working with Bryan sang and recorded the lead vocals. “The singers had to study the interviews and put themselves in the shoes of that person, to mentally live it,” Bryan said. “I hope the students walked away with a sense of empathy and community responsibility, because they lent a voice to someone who doesn’t have much of a voice.”

The songs cover the stories of runaway teens, abused children who never got a break, college-educated adults who lost their income, and more. “During Covid, many fantastic and successful musicians suddenly had no income. They faced terrible hardship and came close to homelessness, confirming my knowledge that there’s a thin border between being homeless and not being homeless,” Dr. Tess said.

“Many people cannot relate to homelessness, which is why these stories could potentially have a powerful, transforming effect,” Bryan said. “These people have emotions, goals and dreams, just like I do.”

The final album includes both the songs and segments of the original oral histories. The music is open to the public at two free concerts: UCO Jazz Lab on March 30 and the Academy of Contemporary Music Live Room in Oklahoma City on March 31. In the future, the music will be available on major streaming sites, with a portion of the proceeds going toward homeless initiatives.

“Music is such an elegant vehicle for philanthropy. Someone can engage in charity by listening to a song, and the participants appreciated the opportunity to have their voices amplified,” Bryan said. “I hope this album acts as a conversation in which the listener feels like they sat in the room with this person and discovered their humanness.”

To learn more go to bryanmitschell.com/community 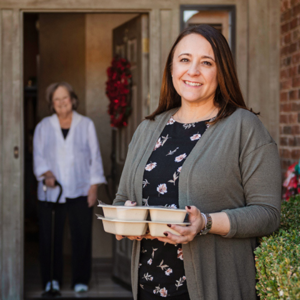 by Edmond Outlook
Q & A with Cristi Twenter, Edmond Chamber Woman of the Year The Edmond Chamber of Commerce recognized Cristi Twenter as 2021 Prosperity Bank’s Woman of the Year. Cristi is the Executive Director of Edmond Mobile Meals, a nonprofit organization that serves more than 200 meals to homebound elderly and disabled clients daily. “The award...
Read More  > 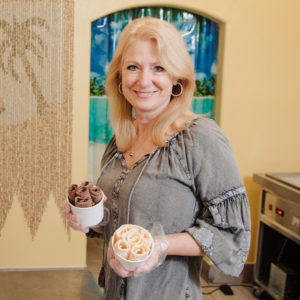 by Laura Beam
Welcome to paradise…how can you be anything but happy when you’re greeted with those three words? That’s exactly the cheerful vibe and sense of anticipation that Paradise Rolled Ice Cream in Edmond wants you to feel the minute you walk in the door. And it works!  Sun-washed walls and beachy decor invite you to decompress...
Read More  >