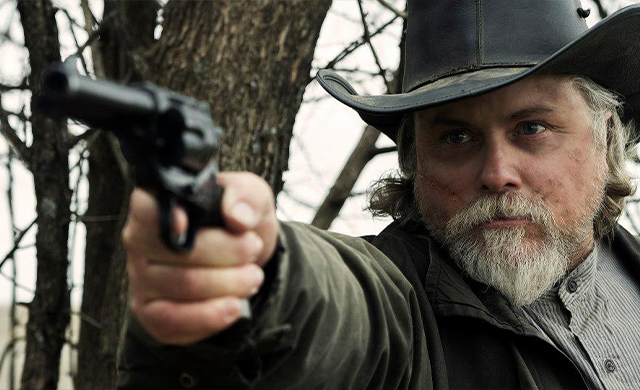 Mark Adam Goff was born in a hospital above Edmond’s Broncho movie theatre. Was the location of Mark’s grand entrance a premonition of what lay ahead for him? Mark gives us an inside look at his acting career and what to watch for next.

Where did you grow up?

I was born and raised in Edmond. I graduated from Edmond High School in 1979.

Was acting a lifelong dream?

I was always intrigued by acting. As children, my cousins and I would put on shows. I would often watch actors on T.V. and jokingly say, “I could do better.”

How did your acting career begin?

My wife, son and I were in Guthrie, OK and saw a line of people. We went over and discovered they were waiting to sign up as potential extras in a film. We put our names down and had our photos taken as a sort of “I will if you will” family dare. I got a call back, my wife and son did not.

What was your “first big break?”

I don’t think I’ve had my big break, yet (he laughs). The first film I appeared in was The Gray Man as an extra. A notable role I played was Steven Avery in Murder Made Me Famous. It had an international reach and gave me great exposure. I’ve played roles in various Indie films and Oklahoma made films.

What projects are you looking forward to?

I recently joined the Screen Actors Guild in hopes of broadening my horizons. Casting should begin soon for a notable Oklahoma film, and I really hope to make it. I am scheduled to shoot Out of Exile directed by local filmmaker Kyle Kauwika Harris later this fall.

Tell us about your life outside of acting?

Well, I have a fulltime job as a Project Superintendent for Lippert Brothers. I’ve worked with them for 37 years. I use my vacation time to film, so I haven’t had a lot of downtime. Acting doesn’t feel like work to me. I can’t believe I get paid to do it!

What do you love most about acting?

It’s hard to describe. I feel a sense of euphoria. I love character development, getting to be who I’m not if just for a while.

The opportunity to work with Robert Duvall is high on my bucket list. I’ve gotten to work with some really great people like Travis Fimmel (before he was Ragnar on Vikings), Martin Landau, and Barry Corbin. I enjoy working with other Oklahoma locals. I will work with Ryan Merriman later this fall.

Any advice for an aspiring actor that may be reading this?

You are capable of more than you think you are. Be open to opportunities and accept feedback. Training definitely helps, but it’s not necessarily a prerequisite to landing your first role.

What has led you to stay in Edmond?

My family has deep roots in Edmond, my grandmother once owned the Wide Awake Cafe. I’ve seen tremendous growth in my time here. I chose to raise my two sons here, and they’ve chosen to raise my six grandkids here as well. It just feels like home. I like the pace here. One of my favorite places is the Edmond Farmers Market. 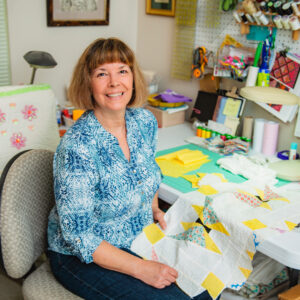 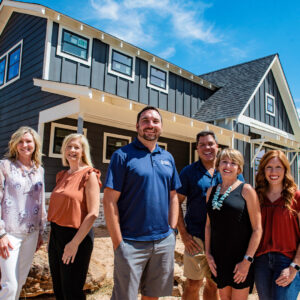