Puzzling Through the Pandemic

Before Cherrylnn Goodman retired, putting together jigsaw puzzles was an occasional activity; something to do in the winter. When the pandemic started, however, and Cherrylnn was confined to home, puzzles took on new meaning. It became her main source of entertainment–keeping her up late at night and drawing her back to the table early in the morning. She just completed her 183rd puzzle!

“Puzzles mesmerize me,” Cherrylnn said, “because they come to life as each piece is fitted to an adjoining piece. If I have one that stumps me, I put it under the bed awhile, and come back to it after a break.”

Cherrylnn, who prefers 1,000 pieces or more, is willing to tackle challenging images. One that stands out was an image of multiple, red fire engines. She also enjoys mystery puzzles, in which she doesn’t know what the finished design will be. “Mystery puzzles include clue booklets, so once the puzzle is finished, you still have to figure out the solution.”

Once Cherrylnn finishes her puzzles, she can’t bear to take them apart–so she saves them. All of them! Her husband, Dalfred helps her mount each one to white foam board or a large piece of cardboard using spray adhesive. “I don’t remember why we started doing that, except that we don’t have enough wall space to display them all,” Dalfred said. Most of them are stacked up against each other on the floor of her extra bedroom.

Puzzles, however, are still less space-consuming than her other, long-time hobby of collecting cookie jars. Hundreds of cookie jars line display shelves and the tops of her kitchen cabinets. Her collection began in the 1990s after she inherited a Mickey and Minnie Mouse turn-around cookie jar from Dalfred’s grandmother. “Cookie jars are so fun and colorful, and I love to make cookies, so it’s a collection that fits my personality,” Cherrylnn said. “I believe that dessert is the most important part of every meal.”

Each Christmas, Cherrylnn invites her four grandkids over to make and decorate her Oklahoma Sugar Cookie recipe. Her grandson once told Cherrylnn that he used to stare up at the row of cookie jars wondering how he could get to them. In his mind, they were all filled with cookies.

The wintertime is also when Cherrylnn puts puzzles out as holiday conversation starters. “I’ve always laid a puzzle on the dining room table, and the kids put a few pieces together when they want to. I’ve found it’s a good way to gather around the table and talk,” Cherrylnn said.

After spending hours on a puzzle, each one is like an old friend. Cherrylnn enjoys pointing out the fine details, like a tiny mouse hidden in the picture or a section that was particularly tricky. Each one has its own story: why she picked it, how hard or easy it was to assemble, or what was going on in her life while she was working on it.

Even though the pandemic is winding down, Cherrylnn thinks she will continue puzzling, and she has a stack of unopened boxes waiting to be next. “Puzzles intrigue me, and they keep my mind busy,” Cherrylnn said. “I‘m always eager for the next one. I haven’t let one stump me yet!” 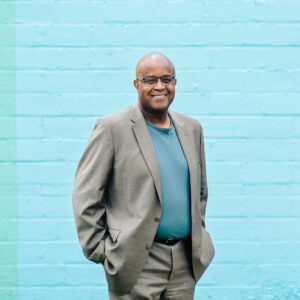 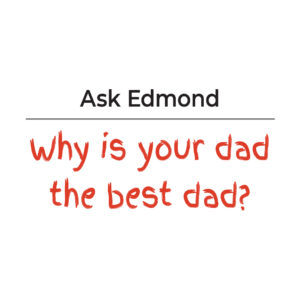