In a warehouse building at the corner of 10th and Hudson, mad scientists are at work. 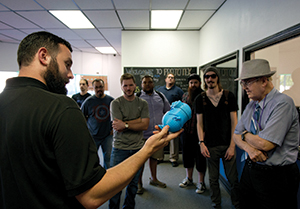 A giant robotic arm sits nestled among the guts of electric wheelchairs, which make great bases for robots. A 3D printer melts lines of weed eater string to create hard plastic parts and creations while another area smolders with the hot smell of woodworking and electronics work. A digital photo lab displays vibrant photos of yawning hippopotamuses and a large-scale printer churns out blueprints and logs.

Welcome to Prototek, a mishmash collection of some of the most impressive equipment used to create, dream and inspire. Prototek is a “makerspace,” a collaborative effort that gives members 24/7 access to machines like laser cutters, 3D printers, tools, woodworking machines and more. Any member can walk in and use any piece of equipment to create, design and manufacture for $50 a month.

“Imagine a community college that has been made into grandpa’s workshop,” said Matt Wilkes, one of the founders of Prototek. “We have 11,000 square feet with every cool machine you can imagine. It’s all about making, creating and building.”

Prototek began in 2013 when Matt and a few friends decided to pool their resources in order to have a place to create. “Basically, it all started because our garages were filled to capacity,” Matt said. “A couple of us who have an affinity for creating things decided to get together. This guy had this tool over here, another guy had that tool over there, and that’s how it all started.”

The concept of a “makerspace,” isn’t a new one. In fact, it’s not even a new concept in Oklahoma. Matt and his friends began as members of another collaborative makerspace. When that group closed, they opened their own in 2013.

“It started with five or six people who already had some of the equipment,” said Matt. “We actually started in a dungeon. It was in a really sketchy part of town, and you had to go through an alley to get there. There were no windows or bathrooms.”

Membership grew, and Prototek needed a new home, which they found in Oklahoma City’s thriving Midtown District. “We were more excited about the three bathrooms and not having to worry about being mugged,” Matt laughed. 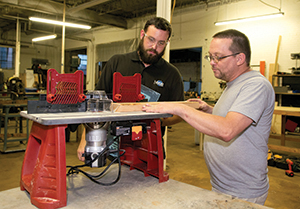 Since then, creativity has been blossoming. Members of Prototek have created everything from gorgeous wooden chairs and a food truck to a piece of medical equipment designed to protect premature babies. The access system members use was even designed at Prototek.

“We have a couple of items and equipment on loan, but everything else is owned by Prototek or me,” said Matt. “We purchased a lot of equipment that was broken, and we were able to fix it so it is better than new.”

Still, despite the growing popularity of the collaborative work space, everyone still has a day job, Matt said. Most of the magic happens in the evenings and over weekends. “We have an open house to the public every second Tuesday and during H&8th Food Truck Festivals,” Matt said. “It’s really easy to be a member. You come, check it out, and we decide if Prototek would be a good fit with what you are trying to do.”

The group also holds classes for hobbies like woodworking and welding. If you want to learn how to do it, chances are someone in the group can teach you. “We’ve done a few photography classes, some metal-smithing and things like that,” Wilkes said. “What else can I say? This is just a place where people dream up ideas and build something creative!” 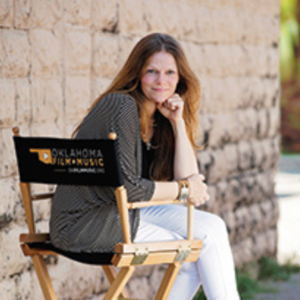 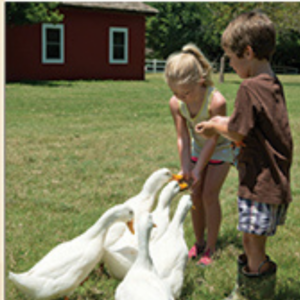 The ABCs of Nature