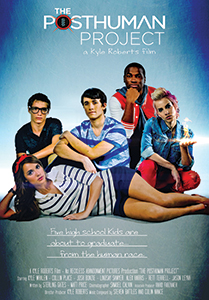 The Oklahoma-filmed movie, The Posthuman Project, is not only a hometown superhero—it’s gathering awards faster than a teenager can shoot laser beams from her fingers! Twelve awards so far, and most of the titles start with the word “best.”

The teenage superhero movie is unique to the independent film circuit for several reasons, foremost because it’s family-friendly. According to the 30-year-old director, Kyle Roberts, independent films can be very R-rated because, “Filmmakers can do what they want—so they do. But that’s not what I wanted.”

Instead, Roberts wanted a production that could be enjoyed by the whole family, without having to pay a babysitter. The philosophy served him well, as the The Posthuman Project’s largest following is the 6 to 12-year-old demographic, followed next by their parents in the over 30 age group.

Roberts described the plot line as: “A coming-of-age story about five high-schoolers who go mountain-climbing before graduation. They are freaking out about going to college and losing their friends, but they are also dealing with parental issues, abuse, disability and bullying. And then, they gain superhero powers which parallel what’s already happening in their lives.”

The film is a Comic-Con International Film Festival sensation, proving that the storyline and low-budget special effects are strong enough to capture audiences with high expectations. The movie was created on what Roberts called, “A micro-budget.”

Even so, Roberts has a gift for digital effects and animation. He also has a friend named Vahid Farzaneh, founder of Freestyle Productions, a film company specializing in video production and marketing. Roberts met Farzaneh, his future producer, about ten years ago. Back then, Roberts was an Oklahoma Christian University graduate creating hundreds of music videos and YouTube short films. He later started Reckless Abandonment Pictures LLC.

“I love storytelling where music, visual effects, and art are all rolled into one powerful message—which is what Kyle wanted to create,” Farzaneh said. “And I had a passion for this teen superhero movie and honestly believed I could do it,” Roberts added.

The two joined forces in 2012 and spent a year fundraising and putting together a powerhouse team of talent—mostly Oklahomans. The script was written by notable comic book writers Sterling Gates and Matthew Price, and Wendy Parker and Sharee Green joined as associate producers. 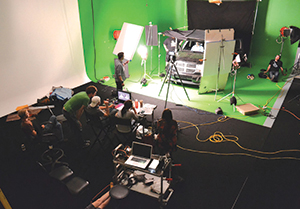 A casting call went out, and over 500 people from various states auditioned. The five main roles went to Oklahomans Lindsay Sawyer, Josh Bonzie, Alex Harris and Collin Place, with the lead role played by Kyle Whalen, a Texan attending an Oklahoma university.

“Posthuman has been a jumping-off point for them,” Roberts said. “They’ve told me that when they audition, having “Best Film,” “Best Director,” and Comic Con on their resume has helped them get roles, even with auditioners who haven’t heard of the movie.”

The film is taking off like wildfire, however, and by all indications, it will not remain unknown for long. First, it has done well in the national film festival circuit. “It will be available May 1st and eventually released onto DVD and Blue Ray,” said Roberts.

Another indication of the film’s success came in January when the movie had a one-week test run at AMC Quail Springs Movie Theater. “We had three sold-out crowds on opening weekend,” Roberts said, “The AMC corporate contact called, ecstatic. She said, ‘We’ve never seen numbers like this! It’s the biggest independent film opening for AMC ever.’ She gave us another week, and we did 65 shows total. Now we’ll be going to AMC theaters across the nation. Independent films don’t usually go this far! ”

Even the music is mostly produced by Oklahomans, with the score written by Steven Battles and 16 licensed tracks contributed by local artists such as Greyson Chance, JD McPherson and O’Fidelis.

“Community support was so important in creating this film,” Farzaneh said. “We had lots of companies who might even be considered competitors that helped us with resources.”

While Roberts is reveling in the film’s success, he has moved on to his next film project, a 1920s crime film called The Grave. He still enjoys attending the Posthuman showings as an audience member. He remembers overhearing a young girl talking to her dad after the movie, jumping up and down, saying that it was the best movie she’d ever seen.

“Awards are fun,” Roberts said, “but winning the hearts of audiences is by far the most rewarding.” 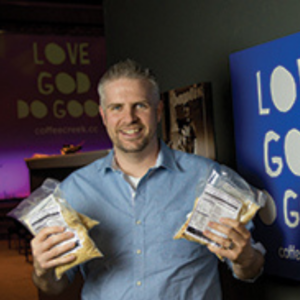 by Amy Dee Stephens
For Coffee Creek Church, Easter Sunday is the prelude to a service project that will provide 15,000 meals to hungry children.
Read More  > 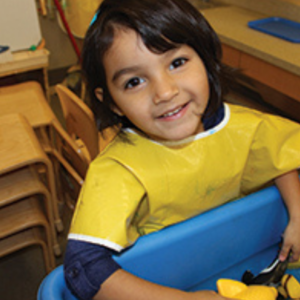