Portrait of a Painter: Mike Wimmer 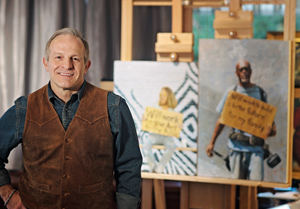 Mike Wimmer is a nationally-recognized artist known for his realistic portraits. He’s probably best known for his children’s book illustrations about historical Americans, but he has also produced artwork for major corporations, including Disney, Wranglers, Celestial Seasons Teas, Smuckers and more.

Detail and historical accuracy are the trademarks of Mike Wimmer’s paintings. He approaches each project as if he’s a film producer. “I’m a historical biographer telling a story,” Wimmer said. “I start by imagining the best pose, focal point and composition. I’m the casting director, the lighting director, the cinematographer. I have to do it all.”

He developed this approach by watching behind-the- scene clips about how movies are made—and he saw the similarity between his art form and movie production. Since then, he’s incorporated this idea of film making into his own “picture making.”

However, his main influence as a storyteller came from his love of reading. “Books led me to illustrate,” Wimmer said. “As a kid, I was reading biographies, comic books, Louis L’Amour westerns, the kinds of books where heroes made themselves in many ways. I allowed that imagery to make me, to find my beliefs, what kind of morality I wanted to uphold, what kind of man I wanted to be. That was all instilled in me through books.”

Accurate Down to the Button

Many of Wimmer’s paintings, murals and children’s books depict historical figures, so he pursues historical accuracy with diligence. He does an incredible amount of research to assure that everything from a shirt button to a rope braiding is from the right time period.

This January will be the release of Wimmer’s newest book on famous Americans. Since 1990, he’s illustrated the lives of Charles Lindbergh, Babe Ruth, Chief Standing Bear, the first astronauts in space and more. In 2002, he partnered with former Oklahoma governor and author, Frank Keating, to create the story of Will Rogers. Since then, they’ve worked on a series of children’s non-fiction picture books about three of the men carved into Mount Rushmore: Theodore Roosevelt, George Washington, and his latest, Abraham Lincoln.

Wimmer’s research for Lincoln included a family road trip to each historical site where Lincoln is memorialized. “We called it our Lincoln pilgrimage. The whole family came along, whether they wanted to or not!” Wimmer said with a laugh. Their travel itinerary included Lincoln’s birthplace, summer home, law office, presidential library and Washington D.C. At each stop, Wimmer arranged to photograph reenactors dressed in period costume to pose in front of backdrops that might become part of the book’s illustrations. “Using live models helps me see how shadows play on someone’s face, what body gesture looks most believable or how someone’s hand looks holding a gun. The more believable my paintings are, the more I can immerse the reader into the story,” Wimmer said.

During the Lincoln pilgrimage, several of Wimmer’s children posed as Lincoln at different life stages. He and his wife, Jimie, have four children, ranging from 12 to 30 years old, and a five-year-old grandson. “All three of our sons had the right proportions to represent Lincoln at different ages, as a young boy, a teenager and a young adult.” He is thankful to share his life with a spouse who has the same artistic interest and curiosity. Jimie is an art teacher at Edmond Memorial High School, and they both teach private lessons in their home studio. Wimmer says that the happiest aspect of his life is having such a like-minded partner. “Being artists is our life’s work. We enjoy sharing our profession together,” Wimmer said. “It seems like all we do is talk about art.”

Teaching has become the secondary job that Wimmer never planned on or wanted. He just wanted to paint. But right out of school, he was approached about being an adjunct teacher for a few classes at the University of Oklahoma. Which led to some teaching at Oklahoma Christian University. Which led to more teaching at Oklahoma City University, where he is currently the artist in residence.

“I’m still primarily an artist, but an aspect of professionalism is that people want to learn about what you do—so you find yourself teaching and speaking,” Wimmer said. Now, teaching is part of his personal motto to “Learn it. Live it. Teach it.” Besides the craft of painting, Wimmer teaches his students the business of how to make a living as an artist. In turn, Wimmer’s students teach him by helping him to expand his skill set and try new approaches.

Through the Looking Glass

Since October, Wimmer has been a human tourist attraction. He is painting portraits from inside a glass storefront in downtown Oklahoma City at the historic Skirvin Hotel. As Artist in Residence for the hotel, he serves as a cultural attraction to visitors. 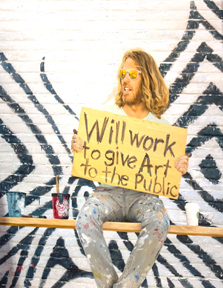 For Wimmer’s year-long project, he is painting a cross-section of people, each holding a sign that describes his or her own personal mission statement. The idea developed as he observed the variety of people moving through downtown. He specifically noticed those holding cardboard signs with the phrase, “Will work for….”

“So I wondered, ‘What do I work for? What do people believe in enough to give their time and attention to?’ I began asking that question to all kinds of people. Parents often focus on the future of a child, a drug abuser might be trying to resurrect his life. I’ve talked to homeless people, hoboes, ranchers, carpenters, celebrities and Fortune 500 business moguls. The answers are fascinating. They both unite us and separate us.”

At the end of the year, the paintings will become an exhibit. In the meantime, Wimmer is also busy teaching college, giving private lessons and researching Alexander Hamilton and Thomas Jefferson for two additional children’s books.

“I’m a biographer at heart,” Wimmer said. “I’m fascinated by the choices and circumstances that make people the same, different or what makes them into heroes. Working on this project for the Skirvin is very different than what I do as a commercial illustrator, where I’m meeting someone else’s deadline and expectation. This is all about me—exploring different art approaches and painting the biographies of some fascinating people.” 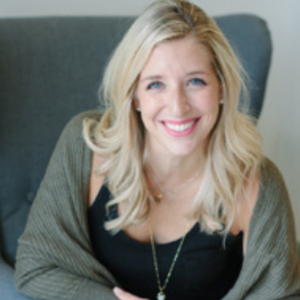 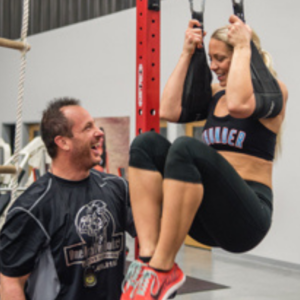