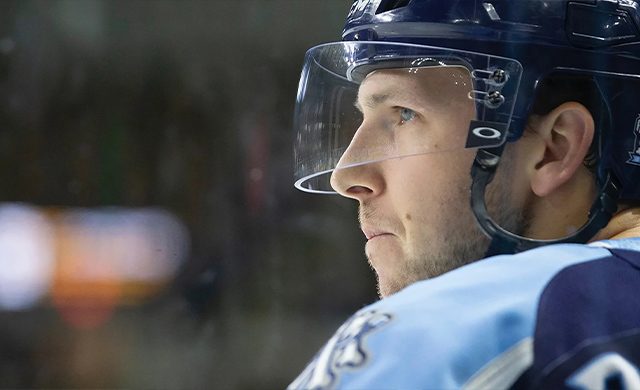 Matt Donovan made Oklahoma hockey history in 2009 as a college freshman when he helped Team USA earn a gold medal at the World Junior Championship. Twelve years later, he’s a family man whose professional hockey career has allowed him to travel the world—but his Edmond roots remain strong.

“All my family lives in Edmond, so we come back regularly. We own a house in Oak Tree, but it’s rented out now while I’m in Milwaukee,” Matt said.

Matt has a two-year contract with the Milwaukee Predators, but because of Covid-19, the last season was put on hold. The new season will hopefully begin February 9th. Matt is training as much as he can, but the break afforded him the rare opportunity to spend the winter holiday with his family in Edmond.

Fortunately, Matt can train in his hometown because his father runs the Blazers Ice Center. He grew up skating with his father but credits his mother, a world champion skeet shooter, for his athletic hand/eye coordination.

“Hockey is a physically-demanding sport,” Matt said. “First, you have to be a good skater. Then you have to skate while people are swinging a stick at you, slashing and hitting at you. There’s a lot of adrenaline going on, especially when thousands of fans are watching, but once you get the hockey bug, you want to be on the ice all the time.”

His family joins him rink-side. He married his friend from middle-school, Hallie, in 2014 after distance-dating for four years during college. They now have two boys, ages two and five, who have grown up at the rink. “The oldest has loved watching hockey since he was tiny, but the youngest is harder to entertain in the bleachers,” Hallie said with a laugh. “I struggle to keep up with the other players’ names and numbers now that I’m babysitting during the games, but I love that they are seeing their dad play.”

The Donovan family has enjoyed living in different places and experiencing other cultures. “Our older son has more stamps in his passport than most adults!” Hallie said. “We loved living in Sweden. The country is small, so we could travel home every night instead of living on the road. It’s getting harder to move so much now that our son is starting school, so we’re glad to have a two-year contract in Milwaukee.”

Matt, now 30, will soon approach retirement age, and although he’s unsure of his next career, he’s open to the idea of coaching. In 2017, he founded the Squatch Hockey Company, which provides training camps and his line of hockey apparel. “The name of Squatch is entirely Oklahoman,” Matt said. “I was always interested in Oklahoma’s Sasquatch sightings, so I ran with that for the name. The mission of Squatch is to teach and inspire young hockey players, and we donate money to support the Oklahoma City Youth Hockey Association.”

Although his post-retirement job will dictate where he lives next, Oklahoma might be in his family’s future. “Oklahoma is a good place. I love my Edmond friends and family, but it’s too soon to tell what I’ll do next.” 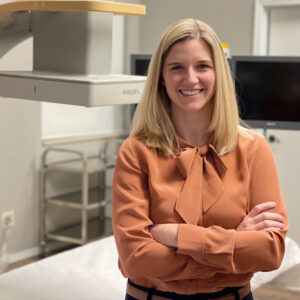 by Maria Veres
People with chronic pain have more treatment choices now than ever before. At Align Interventional Pain, Dr. Morgan Pollard offers innovative, simple procedures to help patients get their lives back. Safe, Effective Options “Recovering from surgery is no joke,” says Dr. Pollard, who had shoulder surgery herself as a collegiate golfer. “All the treatments I...
Read More  > 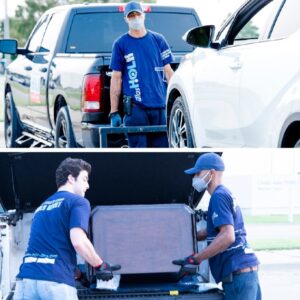 by Maria Veres
Whenever Lily Jiang needed large items delivered, she became frustrated with the high fees and logistical problems she encountered. So she created a better option. FlasHOLR is a local, app-based dashboard that matches drivers with delivery customers. Affordable Delivery and Towing “We connect people who need service with people who own a big car, pickup,...
Read More  >