Noah Young and 11-year-old Analise have a special bond of friendship. It’s a bond that defies words because Analise doesn’t speak words. Noah and Analise communicate through smiles.

“You can tell she’s happy by her smile and her facial expressions,” Noah said. “She doesn’t talk, but she’s definitely vocal. She makes happy sounds. A lot can be said without talking.”

Noah met Analise when he enrolled in a class at Oklahoma Christian University to help special needs children experience physical education. Like most college students, he was nervous about what to expect, but the children quickly taught him that they were just eager to learn and play.

“We pull them on wagons, help them ride tricycles or play ball games, but honestly, they just want you to be their friend,” Noah said. “Analise took a shine to me early on. She’d take my hand, and we’d walk around the gym.”

This, in itself, is rather miraculous. Doctors said Analise would never walk, talk or engage with people. Analise’s mom, Skye Statum, decided they were wrong. “I tried everything to overcome that prognosis, and so did Analise,” Skye said. “When she turned three, she saw a cat and started crawling toward it. She progressed to a walker, and one day she decided she liked to bunny hop. I knew if she could hop, she could walk.”

Analise, who has attended Washington Irving Elementary since kindergarten, rides a bus to Oklahoma Christian twice a week for her P.E. class. Her mom started noticing that when Analise came home from P.E., she was trying new things, like climbing onto a tricycle or kicking at a ball. The program propelled Analise forward.

“It’s taken college students with a heart for kids to excite Analise. Analise is a testament to the good work being done at Oklahoma Christian for special needs children. It’s an environment that inspires Analise to try new things. She didn’t walk three years ago, but now she does. That shocked everyone,” Skye said. “Now she’s trying to run. And I know that she’s going to talk some day.”

The program at Oklahoma Christian was begun nearly 40 years ago by Dr. Max Dobson, who taught physical education. Now, the course, which has continued under Dr. Barbara Price, is open to all interested students. “Max was way ahead of his time,” Price said. “I love the awareness this program brings. The college students learn more than the children do. The students learn that these children aren’t less. They may be different, but they aren’t less.”

Currently, six Edmond elementary schools participate in the P.E. course, and five other schools are hopelessly on a waiting list, but there’s no more space or timeslots for expansion. Analise’s mom hopes that another site might develop a similar program on behalf of other special needs children, because it has changed her daughter’s life.

If Analise could speak, she would agree. She lights up when she sees a photo of her special P.E. friend, Noah. And Noah signed up for an additional semester so that he could continue seeing Analise.

“Analise is such a great kid.” Noah said. “She’s always smiling. I wish more people could be as happy as Analise is. Children with special needs are just people, like you and me. They have differences, but they are just as capable as we are. I think people could learn a lot from someone like Analise.” 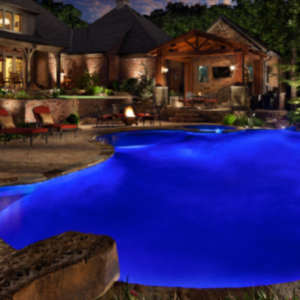 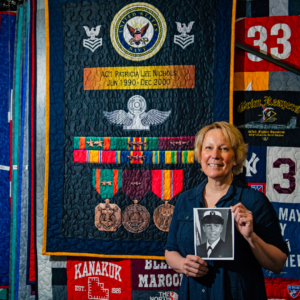