In a certain building in downtown Edmond, the beauty of the architecture may draw admiring gazes from citizens, but the mysteries that lay behind its doors can send shivers up the spine.

A scent of old perfume and a woman’s soft singing voice have been said to haunt occupants of this particular downtown building. They say a woman haunts its hallways, and a strong smell of “Evening in Paris” perfume inexplicably fills the air. 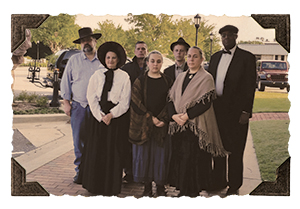 Customers have even remarked on the scent, but the lovely voice singing has also rattled occupants. During one of the louder singing episodes, three customers heard the singing and commented on how beautiful the voice was. The shop owner told them it was another business occupant, even though she knew they were alone in the building. No use in scaring them half to death.

In this same building, footsteps, rustling fabric and moving merchandise occur frequently and have just become one of the many mysterious things occupants have become used to. But this Edmond ghost story gets scarier.

One night, while working late in the building, several of the owners were in a meeting when an eerie feeling flooded over all of them. Something menacing and frightening was coming down the hall, and the people in attendance were overcome with horror.

Unsure of how to respond, they stayed put for a couple minutes until, all of a sudden, the loudest bang they ever heard resonated through the building. To this day, no one knows what was down the hall or where the bang came from. No other humans or cars were out on the streets, and although the occurrence never happened again, the group also never met at night again.

Is Edmond really haunted? According to historical evidence and eyewitness reports, yes!

Find out for yourself during special historical tours held this month in downtown Edmond by the Edmond Historic Preservation Trust. The Edmond Historic Ghost Tours will be from 6 to 8 p.m. on Oct. 9, 10, 23 and 24.

The Edmond Historic Preservation Trust will host the ghost tours in the downtown area where the city’s founding fathers lived and worked. Tour guides dressed in wardrobes reminiscent of the late 1800s and early 1900s will be on the tour to play the parts of the deceased historical figures and bring them back to life. 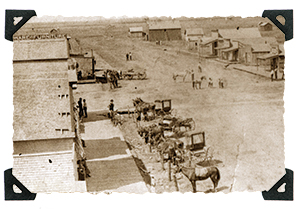 If you’re lucky, or unlucky if the case may be, you might even run into the ghost of Carrie Nation, an ax-wielding prohibitionist who attacked saloons in order to stop the sale of liquor. Or you may hear the haunting sounds of old movies playing in the former Gem Theater.

“This is our third year to do this,” said Stephanie Carel, publicist for the Edmond Historic Preservation Trust. “We have a few stories based on historical figures who founded Edmond. It’s a history tour with ghost stories mixed in.”

In the past, the society hosted the ghost tours at Gracelawn Cemetery, but because many of the historical figures are not buried there, much of Edmond’s history was left out. “By moving it downtown, we have the ambiance and the lighting and we can tell many more stories.”

The Edmond Ghost Tours run approximately an hour, and they are not too scary for children. Carel does suggest tour participants wear comfortable walking shoes.

“There’s so much history here,” she said. Carel shares a favorite moment in history “Right after the first Oklahoma Land Run in 1889, there were two men who almost had a gun fight. One man was married, and the other fancied his wife. The wife kind of led him on, and they were going to have a gunfight in the streets.

“Turned out they both decided she wasn’t worth it, so they moved away and left her here on her own.”

Now what happened to that woman after she was abandoned? Take the tour and find out this and more. 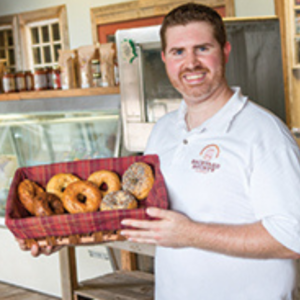 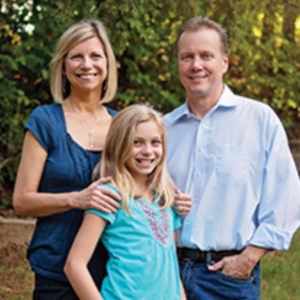 October 2015, In Other Words with Dave

DAVE: An end and a beginning