My Aunt, The Spy

My Aunt, The Spy

Jane O’Neil Wallis Burrell was as good at hiding her history from our family’s resident genealogist — me, her niece — as she was at hiding her real role in World War II. Finding her story has been a years-long journey through historic papers, family documents and government records full of strange acronyms and abbreviations. In short, Aunt Jane was a spy.

The mystery all started to unfold in March 2014, nearly seven decades after the fact. My first real clue to finding Aunt Jane was a letter that I found among her papers, dated December 31, 1943. An original document, the letter was sent from Reinhard Heydrich to Reichsführer Heinrich Himmler — two architects of the Holocaust.

Jane had begun her service several months prior in March 1943, when she applied to the Office of Strategic Strategies (OSS), America’s first organized intelligence agency. She became an analyst in the Pictorial Records Division, an unusual position for a woman. In December 1943, Jane was transferred to the London office of the OSS and became an officer with the X-2 Counterespionage Branch. As a case officer, Jane worked a number of operations in France and Germany that included handling Nazi double agents.

After the war, Jane stayed in Germany with the SSU (the Strategic Services Unit had absorbed the OSS) to help recover items looted from the victims of war by the Nazis. By November 1945, Jane had moved back to the United States, where she continued to work as an analyst for the SSU in Washington, D.C. Jane authored counterintelligence reports that authors and researchers still cite today.

A month after the Central Intelligence Group (CIG) absorbed the SSU in April 1946, Jane was transferred to Paris and stationed at the U.S. Embassy. Documents from the National Archives list her as an analyst and reports writer assigned to the Registry, a counterespionage section that kept detailed records of foreign and enemy information. She worked with established espionage veterans Charles Grey and Philip Horton on vetting and tracing informants and in liaison work with the French Security Agency.

Jane died on January 6, 1948 in an airplane crash in Gonesse, France at the age of 36. The U.S. Embassy’s “Report of the Death of An American Citizen” states she was on “official travel” when she died, which means she was traveling under the sanction of a U.S. government agency at the time of her death.

My suspicion that my aunt was in the CIA when she died turned out to be correct. I was able to get the Agency to confirm that Jane was the very first CIA officer continuously employed through the four intelligence agencies — the OSS, the SSU, the CIG, and the CIA — to have died while in service to our country.  My collaboration with the CIA resulted in a page on their website regarding her service that notes her contribution to all four agencies, as well as crediting her as woman in the very male-centric wartime arena.

In order to secure a star with Jane’s name on the CIA Memorial Wall, documentation must demonstrate that she was on a mission at the time of her death. Although family records clearly show that she was indeed on a mission, the CIA has stated that pertinent records have been destroyed. My Aunt Jane, however, wasn’t the type to shy away from a challenge, and neither am I. My research continues to establish her, my aunt, American counterintelligence agent, as eligible for a much-deserved star. 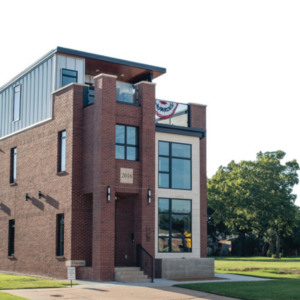 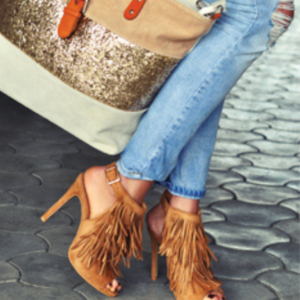 by Lance Evans
Check out the trends that are sure to be blowing up this fall!
Read More  >