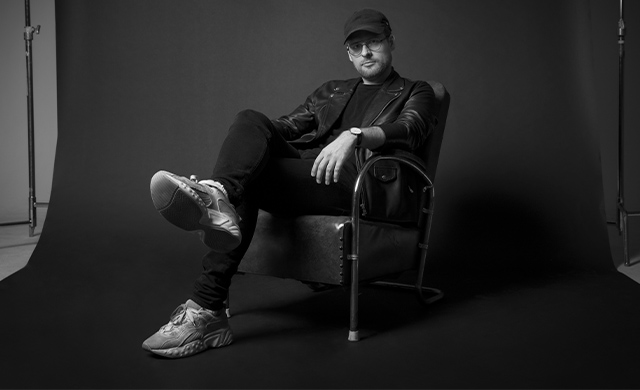 Remember the Superbowl commercial of Christina Applegate driving in the car with rowdy M&M passengers? The commercial ends with a brief lofi-hiphop ditty written by Edmond’s own Jay Wadley! It’s one of many musical pieces he’s composed for the top advertising agencies in New York, where he now lives. Jay’s music has been heard on commercials for Coke, IBM, Nike, Under Armour, Dell and many more.

Jay, a graduate of Edmond Memorial High School, was active in choir and musical theater. During his high school years, he started composing songs. His first classical choral piece was performed at a school talent show, but he was also a member of a punk rock band, which reflected his varied interest in music. After completing a music degree at Yale University in 2007, Jay co-founded Found Objects Music Productions with his business partner, Trevlor Gureckis. The company now has eight full-time employees.

“We focus primarily on composing original music for film, television and advertising,” Jay said. “Sometimes a commercial pays more than an indi-feature film, and although I would love to do some big crazy Hollywood blockbuster movie someday. I really am drawn to smart, artful cinema.”

Most recently, Jay was nominated for several awards for an artistic commercial that has garnered surprising attention. Nordstrom’s “An Open Mind is the Best Look,” is a two-minute commercial that has run in movie theaters and online, with over six million views. In the piece, Jay plays an improvisational piano composition. “It’s a beautifully-shot concept, and the music really has a minor role–but people really connected to it. The film is up for several awards. Nordstrom’s did something rare by giving our company credit online, because they received so many questions about the music, so that was cool.”

Jay is currently working on a score for a new Netflix film for Oscar-winning writer/director Charlie Kaufman. He also recently finished a score for the SciFi thriller, The OA, and a new series called Tales of the City, which is a reboot of a show from the 1990s. Trevor just finished a Warner Brothers movie called The Goldfinch.

The Found Objects studio, located near Madison Square Park in Manhattan, has four sound-proof recording rooms, which is where the composers spend most of their time. The rooms are small and filled with a variety of musical instruments, audio equipment and monitors.

“It sounds better to play live instruments instead of relying on computer technology,” Jay said. “My mom had me playing piano and singing in the church choir from early on, and I also play drums, guitar, bass, mandolin, and even middle-school level clarinet. I’m terrible at violin, but for the thriller and horror stuff, the violin is great for making crazy, screechy noises.”

For most film scores, Jay is brought in very late during production to meet with the director. “I watch the film, and we talk about style and tone. I need to know what the director is trying to communicate so that I can develop melodic material that weaves throughout the film and supports the emotional state of the characters,” Jay said. “I’ve gotten to work with some of my biggest idols, like Charlie Kaufman, whom I really admire. It’s rewarding work, and I’m lucky to do something I love so much.” 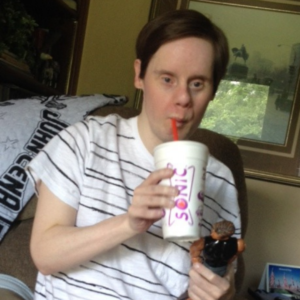 by Louise Tucker Jones
August is my birthday month. I won’t say how many years I’ve climbed up that age ladder, but suffice to say there won’t be candles on my cake since I refuse to buy multiple boxes of them. However, that won’t curb my celebration. In fact, I have more than my birthday to celebrate this month.  My...
Read More  > 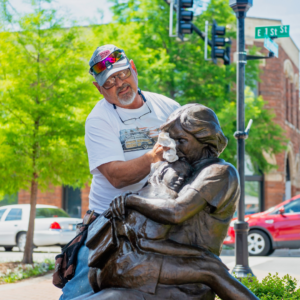