Well-told stories move people and change lives. That’s the philosophy of Derek Watson, an Oklahoma film-maker who has traveled the world to create important documentaries about people and organizations which save lives. 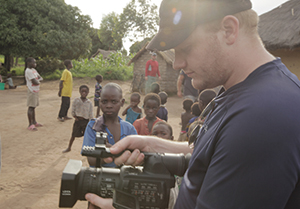 “One in five children in the world die from drinking contaminated water,” Watson said. His company, Lampstand Media, has created multiple films about the Oklahoma-based organization, Water 4, which is taking hand-drilling techniques to indigenous people in third world countries so they can learn how to drill fresh-water wells.

“It’s life-changing to them, but it’s certainly life-changing to me to be behind the lens, watching a blind, 80-year-old woman who is having her first drink of clean water. That kind of thing really sticks with you,” Watson said.

The water crisis is just one of many heart-tugging causes that the Emmy-winning producer has captured. To Watson, powerful storytelling brings attention to people who are making a difference—and hopefully nudges other people’s awareness so they can help, too. 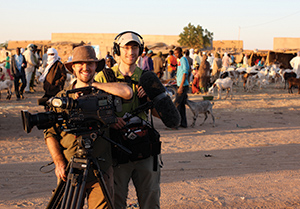 Lampstand works with both corporate and non-profit clients, but in all cases, the videos, commercials and films take viewers on an emotional journey—whether it’s the story of a glassblower, an inner city school or a nun. Lampstand is currently producing an independent film about a professional cage fighter who traveled to the African Congo to fight to free pygmy slaves.

His talent for capturing human emotion began in high school. Watson, the son of a missionary in Lisbon, Portugal, started using a video camera to communicate back home, mainly because, “I couldn’t teleport my friends to Portugal to see why I loved it so much.”

Watson majored in broadcasting at Oklahoma Baptist University, which included an internship at OETA Public Television. He worked on documentaries for the show, “Stateline.” OETA eventually hired him for a photo journalist position, during which he developed a program named “State of Creativity.” Six years ago, Watson started his own home-based company, Lampstand, slowly developing a client base and a team of eight employees.

“I’m firmly rooted in Oklahoma, which is funny, because I thought I would attend college and move on to Los Angeles or New York,” Watson said. “But I fell in love with the pioneering spirit here—and for various reasons, the opportunities have been greater here than those in other places. I like being part of the energy and excitement that is happening in Oklahoma.” 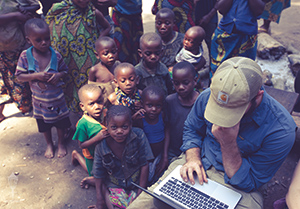 Watson’s filming has taken him to 26 countries around the world—mostly to remote places that aren’t very glamorous. Even so, he knows the hard work is worth it because of the important causes he is showcasing. He described a video shoot he did for National Geographic that was 400 miles into the Sahara desert. It took his crew eight days to get to the location of an archeology dig, followed by three weeks in a tent, eating peanut butter crackers and tuna while a terrible sandstorm raged outside.

“Sometimes, half of the job is trying to make it to the location with all our gear intact and within budget,” Watson said. “We have a ticking clock to get as much footage as possible before returning home.”

In other instances, he has pitched a tent along the outskirts of a remote African village for weeks at time. The crew wakes up before dawn to be at the right spot to catch the morning light. They then follow the hard-working villagers for 20 or 30 miles a day, and conclude with sunset shots.

“Back in the tent, we work for two or three more hours downloading footage and trying to figure out how to charge batteries by wrangling a car battery or generator. We’re trying to tell a story, but we’re also trying to stay alive in brutal elements where conditions are constantly changing.”

Lampstand recently produced the film, Sewing Hope, which shares the story of Sister Rosemary Nyirumbe, who is teaching female victims of the sex trade in Africa how to sew, cook and clean so they can support their children, once the soldiers leave them as single mothers. The film, available on Netflix, has local ties because the Sewing Hope Foundation formed in Oklahoma. 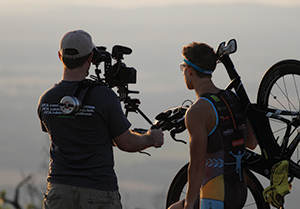 “She’s bringing healing to thousands of young girls in the epicenter of this crisis in Uganda and Sudan,” said Watson. “She’s been named on the list of Most Influential People in the World by Time Magazine.”

Watson is humbled by the compassion of individuals like Sister Rosemary, and it helps him see a bigger picture than the immediate challenges he might face on a video shoot.

“I’m living my dream—so even the hard parts are fun,” Watson said. “On a day where I’m hanging out with a pygmy chief in the middle of the rainforest, and he’s teaching me something that’s been done this way for thousands of years—I have to pinch myself and think about what a cool life I live.” 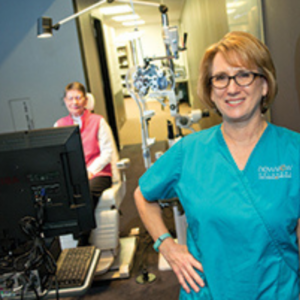 A New Look at Life 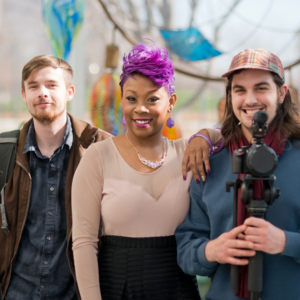