My son, Aaron, suggested I let
my readers in on some of the crazy things that have happened to me, saying, “If
you can’t think of anything, I can give you plenty of information.” What in the
world could he mean? Would he be talking about the time I broke my tailbone
while riding his 10-speed bike? Coccyx, the ER doctor called it. Or maybe it
was the time I perched on the arm of a glider rocker to hang curtains. It
glided and so did I. That fall cost me shoulder surgery for a torn rotator
cuff. But I think his favorite of all my mishaps was the one with the microwave
oven.

It was back in the day when
microwaves were so large they took half your counter space. It was also when my
youngest son, Jay, was just tall enough to reach over the kitchen counter. Jay
always carried a pocket size G.I. Joe figure in each hand. I could picture
those little plastic guys melting in my new microwave so I had my husband put
the appliance on a shelf above my double ovens. Carl even took out the doors to
the cabinet behind the shelf so he could wedge a portion of the boxy frame into
that space, making certain it was secure and couldn’t possibly fall. Granted, I
had to use a little step stool to get to my handy, dandy, new oven, but it gave
me my precious counter space so it was worth it.

One day, I went on a cleaning
spree and decided to scrub the microwave but my step stool was missing. Without
thinking, I grabbed a bar stool and climbed on it but soon realized I had a
problem. How do I get down from this thing? Common sense said to sit down then
get off, but a voice inside my head said, “Just jump!” Not the right choice! My
feet never hit the floor—nor did any other part of my body. I had left the door
to the microwave open and it had large L-shaped hooks that locked the door into
place when closed. When I jumped, the sleeve of my blouse caught on one of
those hooks and jerked me to a halt. My first thought was what extraordinary
fabric not to tear. Then I realized I couldn’t get down so I yelled for help.

Aaron, then a college student,
happened to be home and came running to the kitchen but stopped in his tracks
when he saw his mother dangling from the microwave. After laughing himself
silly, he finally lifted me up and off the offending hook. Thank goodness Carl
had wedged that thing into a tight space to keep it secure, not that he
expected anyone to rappel from it.

Both Aaron and his dad had a
great laugh over my demise. If the TV program, “America’s Funniest Videos” had
been around at that time, I’m sure Aaron would have grabbed a camera and won
the $10,000 prize. As it was, he had one more story to relate to his college
roommates about his crazy parents.

Today, without his dad to watch
over me, Aaron is not as happy to hear of his mom’s escapades, being as he is
four hours away and figures I am a little more fragile than years gone by. He
cautions me to be careful when I get on a stool to change light bulbs and air
filters. And strangely, during a recent, extended visit to see Aaron and his
family, the over-the-range microwave in my rented townhouse quit working. Aaron
was immediately concerned, saying, “I’ll bring a small, countertop microwave,
Mom. Just don’t do anything weird.”

Weird? Me? Now, what in the
world could he be talking about! 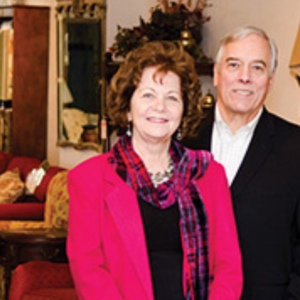 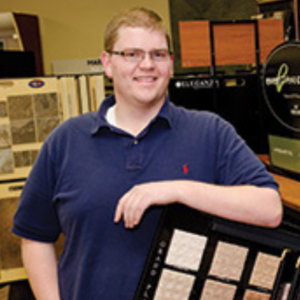