Several years ago, my son, Jay, casually mentioned that an angel stood by his door at night and sometimes spoke to him. Jay has Down syndrome and a severe speech articulation disorder so his words did not come that easily. Most of it was with gestures and sign language. 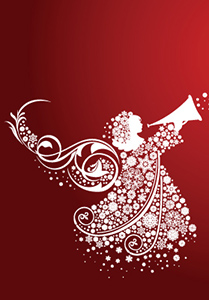 Now, I have to admit that I had never met anyone who had seen an angel so I was curious. I asked what color the angel was. Jay wiggled his thumb and pinkie in sign language and said, “Yellow.” I asked about the angel’s clothes, hair and face. All sign language yellow. Then he added, “Yellow, like the sun.” Wow! I got it! Jay had no signs for bright, golden or shiny so his definition made sense.

Time passed and Jay would sometimes mention the angel. In fact, we prayed for him every night—still do. If God sent a guardian angel to watch over my child, especially one that interacted with him, I certainly wanted to thank Him.

Then came Christmas. We bought a new Nativity set. Jay was enthralled with all of the pieces and placed them in strategic spots around the Christ child with the angel kneeling right in front of baby Jesus. We talked about that night and what we knew from the Bible. The shepherds who came to worship. The lambs they may have carried and were now lying peacefully beside the baby in our manger scene.

Then it was bedtime and Jay went to his room but wanted to talk more about his angel. I listened carefully but was having a hard time following the conversation. The articulation was just not there and his signs were limited. He tried over and over. Refused to give up. Finally, I prayed for clarity, asking God to let me understand what this child so desperately wanted to tell me. The message became crystal clear.

With words and signs, Jay told me that his angel was there the night Jesus was born. Yes, he was present at the birth. Shivers ran down my arms. I know from the Bible that angels are immortal. They have no birth or death date. So why wouldn’t Jay’s angel be present at Christ’s birth? I was absolutely in awe. Maybe he was among the angels who appeared to the shepherds. Perhaps he was the one who spoke the message, telling them to go into the city of David to see the newborn King. Maybe he was in the host of heavenly angels who sang, “Glory to God in the highest, and on earth peace, good will toward men.”

I don’t know what part Jay’s angel played in Christ’s birth. I only know that I went to bed that night with thoughts and questions I’d never had before. I lay awake a long time just letting this profound news sink into my heart and touch the very core of my soul. My son had looked on the face of one who had looked on the face of Jesus. The wonder of it all was more than I could comprehend. This mighty angel who once guarded my Lord was now guarding my own son.

Christmas has never been the same since that happening long ago. Every time we put out the Nativity set, I’m reminded that Christ came to earth as a Savior, the holy Son of God. And every time Jay places the ceramic angel in front of baby Jesus, I remember that we all have angels watching over us.

For He will command his angels concerning you to guard you in all your ways. Psalm 91:11.

Wishing you a blessed Christmas! 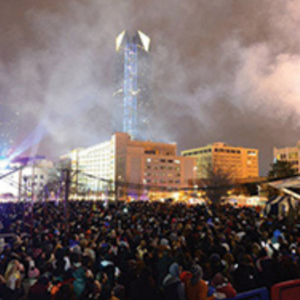 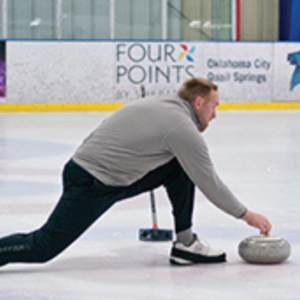 The Earl of Curl

by Mari Farthing
While not the typical Oklahoma sport, curling is fun for all ages
Read More  >