LOUISE: A Heart to Give 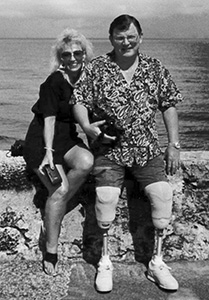 Several years ago I met John
Patterson, an amazing man with a story to tell. In 1989 John was wearing a cast
for a broken foot. A former world champion steer wrestler, John didn’t flinch
with broken bones, but something was causing intense pain. The cast was cut
away and revealed a cut on the bottom of his foot. Being a diabetic, gangrene
had set in. When several days of intravenous antibiotics didn’t heal the wound,
an emergency surgical team amputated his right leg, just below the knee. After
the surgery, he gradually moved from a wheelchair to crutches and often hopped
around on his good leg until a blister appeared on that foot. Six months later,
his left leg had to be amputated.

Eventually, John was fitted with
two prostheses and was back to a fairly normal lifestyle when he began having
chest pain. When he was thirty-one years old, John had quintuple heart bypass
surgery. Years later, stints were placed in the arteries. Now, the only thing
doctors could recommend was a heart transplant, even though his medical
problems posed a risk.

But first, he had to be accepted
by a transplant team, which was no easy task. As a diabetic and double amputee,
some teams wouldn’t consider him. But eventually, he was accepted as a transplant
candidate and on the day after Christmas, 1995, he went into the hospital to
wait for a new heart while on IV medications.

Finally, on January 22, 1996,
the doctor told John to get his family together. A donor heart had been
located. John was prepared for surgery and felt complete peace, unlike the
anger and bitterness he carried during the amputations. “I decided I didn’t
want to live what life I had left raging against my circumstances,” said John.
“I wanted to honor God.”

Suddenly, the doctor came into
the room and said there was a problem, seeming uncertain how to approach John
and his family. Finally, he said, “We have a seventeen-year-old boy on a
ventilator who probably won’t make it through the night without a heart.” He
paused then asked if John would consider giving the heart to the boy,
emphasizing that the heart was originally intended for John and it would be his
decision. He could keep it or give it away, not knowing when or if another
heart would become available or how long his body would make it without one.

John describes his roller
coaster of emotions. “How do you choose who lives or dies?” he asked. Then he
stated, “It was the toughest and easiest decision I ever made. The tough part
was knowing what my family would go through if I didn’t receive another heart.
The easy part was knowing who needed the heart most. Didn’t a
seventeen-year-old boy deserve life more than a forty-nine-year-old double
amputee diabetic?”

The young man survived the
surgery and one week later, John received a new heart, an even better
physiological match for his body than the previous one. The doctor stated that
he knew of no one in medical history who had chosen to give up a donor heart to
someone else.

John enjoyed eleven years after
the transplant, wearing shorts everywhere he went, no matter the season or
weather.

“I want people to see my
prostheses and ask questions so I can tell them about my miracles,” he said. “I
tell them God gave me new legs so I could walk with Him. Then I explain how He
gave me two new hearts—this physical heart transplanted into my chest cavity
and a spiritual one deep in my soul that overflows with His love. That’s my
greatest miracle, and I plan to share it with everyone I meet.”

I consider John Patterson a true
champion. I was privileged to know him and to tell his story. During this new
year may we follow John’s example and have hearts that overflow with God’s
great love. 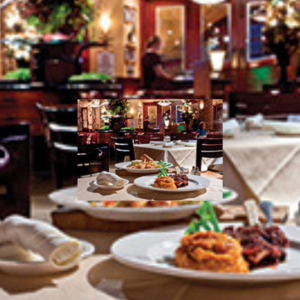 by Kim Rogers
Even on a Wednesday evening, one can find the parking lot almost full at Lottinvilles Wood Grill during these cool wintery months. The mood inside Lottinvilles provides a warm feeling of contentment with its relaxed lighting, comfortable seating and curved main dining area.
Read More  > 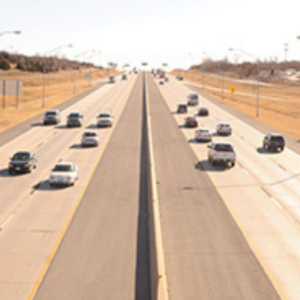 Changes Down the Road

by Heide Brandes
The new year will bring a rush of changes to Edmond, and residents will begin to see the familiar landscape of their city grow and morph as new developments and businesses bloom in 2013.
Read More  >