We should have known that our son, Aaron, was too young for a pet, but being young and naïve ourselves, my husband and I thought the lab puppy would be a perfect companion for our two and half-year-old son. We were wrong.

Bridgette was already six months old and had outgrown that cuddly puppy stage. Instead, she was the picture of ADD in the dog world, running, jumping, knocking Aaron down, scratching his legs with her claws. She didn’t mean to hurt him; she was just being a pup, a rowdy one. Needless to say, Bridgette found a new home.

So it was more than a little surprise when my husband came home from work one day with a doghouse and a two-year-old mutt named Mona. The one thing we didn’t need was another dog. Carl explained that the family was moving out of state and couldn’t take the dog with them, nor could they find a family to take the motley looking canine. When his co-worker mentioned putting Mona to “sleep,” Carl decided to take her, being certain we could find her a good home.

I wasn’t so sure. The gray, black and white mongrel was a strange looking mix—half schnauzer and half beagle. She wasn’t exactly photogenic with her low, round belly and bearded chin, but she was congenial and loving so I accepted Carl’s plan. We definitely needed to find her a home. But somewhere along the way, while we were waiting for that special family to come along, Mona slipped right into our hearts. I would often look out the kitchen window and see her lying on her belly, legs extended on the cool concrete of our back porch. She barely took notice when Aaron plopped down on her back for a “horsey” ride. He pulled her ears as if she were a furry stuffed toy and Mona simply nuzzled closer to him. They became inseparable companions, roaming our half acre yard and sitting in the middle of our small orchard sharing apples that fell to the ground.

Once, the front gate was left unlocked and Aaron wandered out of the yard. Nearly hysterical when I found him missing, I ran toward the traffic area calling his name over and over but he didn’t answer. Finally, I yelled “M-o-n-a!” She barked and I could see Aaron on the other side of the highway with Mona shielding him from crossing back over the street at the sound of my voice. I darted across the busy thoroughfare and scooped Aaron into my arms, so thankful for his safety. The three of us made our way back to the house. Mona had definitely found her forever home!

When we moved to another town, Mona moved with us. When we took trips, Mona went along. When we stopped for Cokes, Mona had to have a small portion of crushed ice and during thunderstorms or fireworks, Mona hid under the bed. I wish every boy and girl could have a dog like Mona. She brought love, joy and a ton of memories to our family.

Aaron is now grown with children of his own, and yes, they have a loving dog. And in case you’re thinking about getting a cuddly puppy for your little one, you might want to rethink that. Preschoolers and puppies aren’t always a good mix. But you might find a gentle, two-year-old mutt at the animal shelter who is longing for a family and a home. In fact, you just might get lucky and find a dog like Mona. 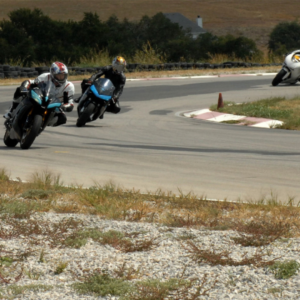