LOUISE: A Dance To Remember 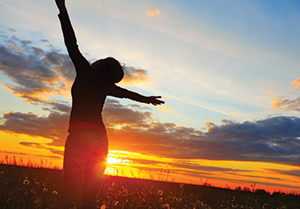 The year was 1962 and all that
could go wrong in a 16-year-old girl’s life seemed to happen that winter. To
make matters worse, my family was living in a small, boxy four-room house with
no indoor plumbing while my father and grandfather rebuilt a house my parents
purchased.

Being renters, my parents grew
weary of houses being sold after our family moved in, fixed them up with paint
and wallpaper and turned them into homes. Finally, Mama and Daddy would have
their own special place. But while they remodeled the fixer-upper on five
acres, we lived in the tiny four-room house on the hill with cracks in the
walls so wide you could feel the wind blow through them. That winter, everyone
in our household was sick at one time or another, including me.

After convincing my mother that
I was totally well from the flu, I attended a basketball game and got soaking
wet in the cold winter rain. The next morning I was hustled off to the doctor
with a raging temperature and diagnosed with pneumonia, which meant a week in
the hospital. For a 16-year-old, that was at least five days too many to spend
in that tiny cubicle called a room, but was actually one of four “curtained”
partitions on what used to be a sun porch in the old two-story hospital. My
only view was a funeral home across the street.

So I was more than a little
lonesome that following Saturday night, even though I had managed to get the
small, portable black and white TV—the only one in the hospital—in my room that
evening. I was sitting cross-legged in the middle of the bed when someone
peeked around the edge of my curtain that had a “No Visitors” sign pinned to
it. It was my boyfriend! He had told the nurse he was my brother, knowing that
only family members were allowed to see me. And since I had four brothers coming
and going, either she believed him or turned a blind eye. Either way, I was
thrilled to have company. We sat on the side of the bed as he filled me in on
what was happening “on the outside.” Not only could I not have visitors, but I
had no phone.

Suddenly, music filled my little
room as Lawrence Welk’s band began to play on TV. Without hesitation, my
boyfriend extended his hand to me. “May I have this dance?” I slipped into his
embrace wearing pajamas and house shoes, and we waltzed across the sterile,
tile hospital floor as if we were at the prom in formal attire. A perfect way
to end a lonely day.

I was discharged from the
hospital the next day and was soon back to my regular routine with my friends
at school. And though that relationship eventually ended, as most young
romances do, the memory of that dance and many that followed, have lasted a
lifetime.

Wonderful dances with my husband
at fun celebrations like high school reunions, weddings, or just waltzing
across our living room floor to a “golden oldies” tune. Dancing with my daddy
on my parents’ 60th wedding anniversary. A happy, teary-eyed dance with my
handsome son on his wedding day. And oh, the hundreds or thousands of whirls
and twirls through the years with my sweet babies in my arms.  Hearing their squeals and giggles or feeling
them drift off to sleep. Joyous occasions!

But it might be that your world
is a lonely place today, as mine is on this 47th wedding anniversary, the
second without my husband. If so, I hope someone extends a hand of friendship
and a ray of sunshine to you. And if by chance you are given the choice of
sitting on the sidelines or dancing through life, I echo the lyrics of a
once-popular song—“I hope you dance.” 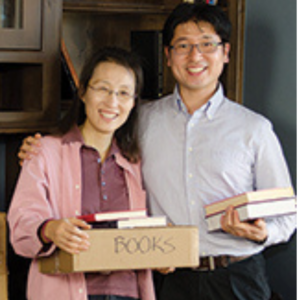 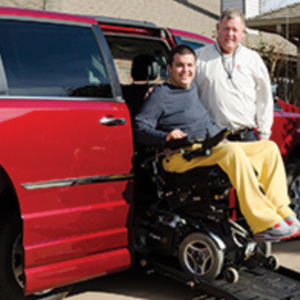 by Lindsay Whelchel
As the summer of 2009 drew to a close, 17-year-old Kaden Guerra was looking forward to being a senior at Edmond North High School. Already, he had a college football scholarship waiting in Tulsa.
Read More  >