Phil Smith had always known he was adopted, but never felt a strong desire to dig into his background or seek out his family in Japan – until two years ago. That’s when his adoptive father gave him an old photo album that contained pictures of his biological mother and several documents written in Japanese. Smith posted the documents on Facebook hoping someone could provide insight into their meaning, beginning a journey that ended with Smith finding Japanese relatives he never even knew existed.

“I think I had curiosities my entire life about my biological family, but I think I was always afraid to open up that door,” Smith said. “I think I was also afraid of hurting both my adoptive parents’ feelings.”

Smith’s story begins 60 years ago when he was adopted as a toddler. His father, an American soldier, had left him and his mother, who was Japanese. Fortunately, a couple on the military base who had been unable to have biological children fell in love with Smith and adopted him. The family traveled for several years before settling in Oklahoma.

A Japanese woman living in California, Tomoko Tillery, saw Smith’s Facebook post and offered to translate the documents, which turned out to be his birth certificate and adoption papers. Tillery also offered to help him track down his family in Japan. Smith experienced several setbacks along the way, including having difficulty locating records and learning that his biological mother had died just a few years before.

Smith had prepared himself for the worst, including his Japanese relatives not wanting to re-establish contact. However, he learned he had two brothers in Japan who had long wondered about him. Smith and his brothers Yasuo and Koichi eventually made contact through an Instagram account. The brothers began communicating online in April of this year, using Skype, an Instagram group chat and Google Translate. Smith got to meet his brothers and their families via video, and learned all about his brothers’ lives. He also uncovered several similarities between them, including their dry sense of humor. The brothers quickly formed a bond that transcended the time and distance that had separated them.

“It’s like it was always there,” Smith said. The reunion also helped Smith better understand many of his personality traits. “Now I know why I like rice more than potatoes, why I’ve always liked sitting on the floor, and why I like vanilla ice cream,” Smith said. They began making plans to reunite in person, and Smith finally visited Japan in November. Despite having very little memory of living there, he said visiting Japan felt “wonderfully strange and strangely familiar.”

“After landing in Tokyo, I walked into the terminal and saw 20 people behind the security line with a sign that said, ‘Welcome Home Phil,’ that was the beginning of an amazing week,” Smith said. Smith says the experience has changed his life “in every way.”

“Life is like a jigsaw puzzle,” Smith said. “We all have a few pieces missing, but now I have some really important pieces to my puzzle.” Smith has documented his journey on his Facebook and YouTube accounts. His daughter Mackenzie is producing a documentary about her father’s quest to locate his Japanese family. 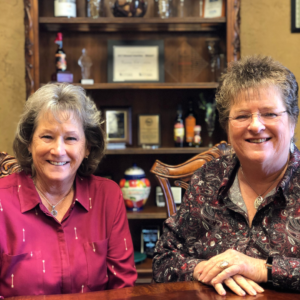