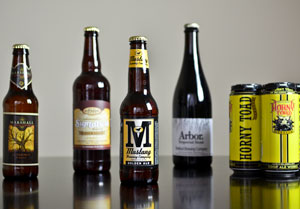 Venture into 2nd Street Wine Company in Edmond, and beers of every flavor, boldness and color greet you like an army of suds and hops.

From the usual suspects — nationally-known brews like Sam Adams or Boulevard — to the more generic Corona and Tecate, customers of the Edmond package store have a wide variety to choose from. More and more of those customers, however, are looking for something local, something brewed in their own city and state. “People are really excited about Oklahoma beer,” said David Ogden of 2nd Street Wine Company. “I’m looking at my shelves and there are five, technically six, brands that I carry that are just from Oklahoma. People aren’t just eating and shopping local; they are trying local beers now, too.”

From Edmond’s own Battered Boar Brewery to Oklahoma City’s darling COOP Ale Works and Tulsa’s Marshall Brewing Company to the original state breweries of Huebert’s and Choc, locally-brewed beer is enjoying a renaissance. In Edmond, the trend is no different. Customers north of Memorial Road want to drink a frothy brew that carries the flavors born in red dirt and waving wheat.

“As a whole, the craft brew movement has taken off nationwide,” said JD Merryweather, co-CEO and director of sales and marketing for COOP Ale Works. Already, several restaurants carry COOP beers — known for their full flavors and high alcohol content — in either draft form or cans, and package stores throughout Edmond are stocking their shelves with COOP beer. “We saw a vacancy in the market when we started and there weren’t a whole lot of competitors,” said Merryweather. “Once we saw there was a need for (local beer), we focused on creating a top shelf product and built
a following.”

The Oklahoma beer movement began before Prohibition, but Choc Beer Company in Krebs reintroduced its beer in 1995. Brew pubs like Bricktown Brewery and Belle Isle Brewery also made their own brew, although those were only available on site. Huebert Brewing Company in Oklahoma City is one of the state’s original breweries and is responsible for helping change state laws, allowing stand-alone breweries to exist.

However, the past five years gave birth to new, brave breweries across the state like COOP, Mustang Brewing Company, Redbud Brewing in Oklahoma City, Battered Boar and Marshall Brewing. “There’s a bunch more in the planning,” said Merryweather. “I know of at least three breweries that are planning to open — one in Tulsa and two in Oklahoma City. The more breweries you have in the community, the better. You want to have a craft beer community, like what you find in Ft. Collins, Colorado, or Portland, Oregon. It’s a pretty hospitable industry.”

Marshall Brewing Company sold its first beer on May 15, 2008, at a craft beer festival in Tulsa. Now, all their products are being sold throughout Oklahoma and Kansas with their sights set on Arkansas and Missouri. Marshall beers are also popular here in Edmond. “We’ve had tremendous success in Edmond,” said Wes Alexander of Marshall Brewing. “You have consumers who are hungry for knowledge and passionate about craft beer and local wines. Edmond is well-known for people and establishments wanting the best products.”

COOP Ale Works also sells in Edmond, in either cans or on draft, in places like Cafe 7, Hideaway Pizza, Fish City Grill and Applebees, as well as most package stores. “We’re seeing a big growth in Oklahoma craft beer,” Merryweather said. “Most liquor stores now have a ‘Made in Oklahoma’ section for beer. It’s nice to get shelf space. COOP has great support from the community, and in turn, we like to give back with sponsoring events and making local beer more accessible to the community.”

In Edmond, sales of locally-brewed beer are pouring. Stores like Edmond Wine Shop say more and more people are looking for Oklahoma products. “We’ve seen a huge increase in local beer sales,” said Vance Gregory of Edmond Wine Shop. “People go to restaurants and taste the local beers that are served there and they come here looking to buy it. I think people are curious about what’s offered. I have a lot of real estate in my store dedicated to beer.”

State pride drives many customers to embrace Oklahoma beers. Having a hearty, tasty brew that was produced in state puts Oklahoma on the map in the craft brew world. “People are eating local more, and if they are beer drinkers, then they are trying local beers at that restaurant. We want to keep our money local, but people won’t suffer bad beer just because it’s local. It’s also really good beer,”
said Ogden.

Beer enthusiasts are also excited at the growth of craft beer in central Oklahoma. Randy Burleson of Edmond is a big fan of craft brew, but even more so of Oklahoma beers. “I love craft beer. As a home brewer, I really appreciate the thought, effort and love that brewers put into every craft beer,” said Burleson. “Our local Oklahoma brewers are producing world class beers, and Oklahoma should take great pride in that fact. COOP, Redbud, Choc, Marshall, Battered Boar and the exciting newcomer Anthem Brewing should be on every Oklahoma craft beer-lover’s shopping list.”

If current trends continue, Edmond can expect to see more choices of brews and other alcoholic beverages that are produced in state. From small, independent breweries and wineries to even a planned Oklahoma City meadery, the art of beer brewing has established a foothold here. “This industry will continue to grow and expand,” said Merryweather. “You’ll see more breweries come up and more beer-based restaurants and bars.”

Alexander agrees. “The number of breweries speaks well that people want to support this market, and more breweries are being planned. Oklahomans are proud of our state, and Oklahoma breweries making good beer makes us even more proud.” 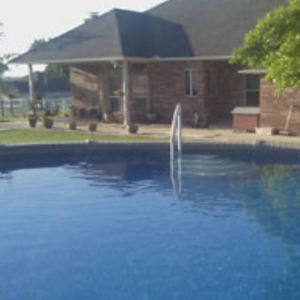 BEFORE & AFTER: Pools 2 the Max

by Laura Beam
Copper is quickly becoming pure gold to pool owners who relish the pleasures of a backyard oasis but have tired of the expense, time and work required to maintain sparkling water. For decades, chlorine has been accepted as the most effective and economical method of pool sanitization, despite its harsh, toxic chemical effects that routinely...
Read More  >