Little Cowgirl on the Prairie 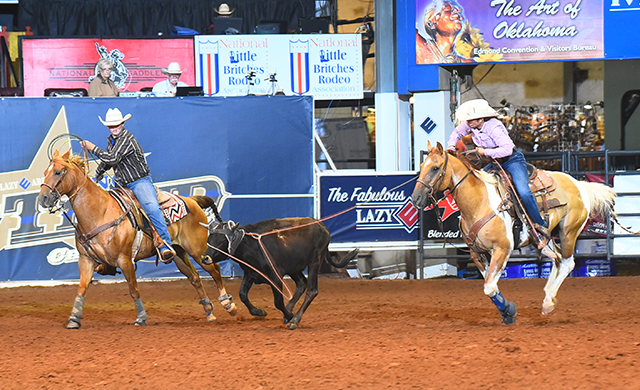 Little Cowgirl on the Prairie

Bailey Gregg is a rancher, rodeo queen, and pilot-in-training—and she’s only in the 10th grade! She was riding horses before she could walk, and she’s spent a good deal of her life wearing a prairie dress.

When I was in the 3rd grade, my family watched the entire nine seasons of Little House on the Prairie,” Bailey said. “For the next two years, I learned everything I could about that time period. I even wrote my name as Mary Ingalls on my school papers. My two younger sisters called themselves Laura and Carrie.”

For Christmas, Bailey and her sisters got to pick out fabric to have old-fashioned prairie dresses made. Bailey loved wearing hers, and she jumped at the chance to wear her dress to 1889 Territorial Schoolhouse Camp. The schoolhouse, Edmond’s first school, was newly restored. As a camper, Bailey stepped back in time to learn about frontier life.

One of the camp teachers, Carol Anderson, noticed Bailey’s interest and approached her about being the program’s first teacher’s apprentice. Now, six years later, she’s still wearing a prairie dress and helping train new apprentices. “Schoolhouse camp is my favorite thing to do every summer,” Baily said. “I love teaching little kids about the time period that I love.”

Over time, she started bringing farm animals to the camp and teaching about ranch life. Bailey’s experience comes, not from watching Little House on the Prairie, but from living the life of a real cowgirl on the Flying G Ranch, just north of Edmond.

As a teenager, my mom worked on the Diamond L Ranch. My dad didn’t grow up around horses, but when they got married and moved to the country, he took it full on,” Bailey said. “I’ve been on horses since I was two.”

A few years ago, Bailey’s family decided to “take on rodeo.” Bailey trained in a variety of rodeo events, including barrel racing and goat tying. Two years ago, Bailey became involved with the local Edmond Round Up Club where she gained experiencing in roping, and she was selected as their 2018 Rodeo Queen, based on her interview, speech, and horsemanship.

She also learned about the National Little Britches Rodeo Finals at the Lazy E Arena, and she wanted to compete. She found a partner, Chase Christensen, and they began training in team roping. Her goal was to make it into the top twenty. Little Britches took place in mid-July, and competition was tight, with 800 contestants from the U.S. and Canada. After placing in various qualifying events—she and Chase placed 6th in the world! “It was so amazing, because I’m pretty new at this, but I’ve also grown up around ropes and horses,” Bailey said.

Not only does she live around horses, this summer she’s living with horses. Her family had purchased 80-acres and started developing it with a new horse arena and barn. When their current house sold more quickly than expected, the family decided to move into their new barn for the time being. They’ve created a small air-conditioned apartment in part of the barn. “It’s basically queen bunk beds, a washer/dryer, couches and table. Part of the tack room is our closet and pantry. Believe me, it’s thought out in great detail. It’s amazing. It should be on HGTV.”

In many ways, this cowgirl’s life has mirrored that of her Little House, heroes. Even so, Bailey has a very modern vision for her future. She’s been training with her dad to be a pilot, with hopes of getting her license when she turns 16, and she has her sights set on law school.

Until then, Bailey is fully embracing country life. “I spend all day in the sun working horses, but I also hang out with my city friends and do regular things like watching movies.” She laughed. “I don’t dress like a weird country person when I go to town, and I don’t always smell like a horse—I know how to spray perfume on! But I wouldn’t trade how I’ve been raised. I have great friends and so many memories.”

To BNB or Not to BNB

by Dr. J. David Chapman
To BNB or Not to BNB A few months ago Outlook Magazine’s cover story was on the “gig-economy.” As a real estate guy with two Airbnb properties in downtown Edmond, I suggest to you the ultimate side hustle was left out–rental real estate. Airbnb has served over 30 million guests since it was founded in...
Read More  > 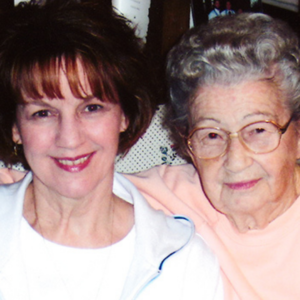 by Louise Tucker Jones
Mama’s Birthday Call August is my birthday month and my family has a tradition of calling each other on such occasions. Since I have four brothers and one sister we sometimes do phone tag, and of course, my oldest son always calls me. But one of the most fun things is when my mother calls...
Read More  >