Since 1986, police officers in Oklahoma have volunteered at Special Olympics, and the annual Law Enforcement Torch Run is their largest, most-visible event. Volunteers from over 180 police agencies carry torches, running routes that ultimately end at the opening ceremony held in Stillwater.

“Edmond police department participants run to the Oklahoma State Capital, uniting with other agencies,” said Tom Evans, Captain at the Edmond Police Department. “We all meet in Stillwater where there’s a huge police presence along the parade route to the lighting of the torch, kicking off the event.”

Evans started volunteering for Special Olympics in 2001 when his son, Tyler, was born with Dandy-Walker Variant. Consequently, the father/son team has participated in Special Olympics for Tyler’s entire life. “Tyler loves being outdoors. He wanted to start golfing when he was really young, so I got certification as a Special Olympics golf coach, but truthfully, he’s a better player than me!” Evans said. “The Olympics is a super-special time for our family, and we’ve both made lifelong friends, too.”

Because of Evans’ long-term contributions to the torch run, he was selected for the 2020 Tim Stafford Unsung Hero Award, which comes with the honor of lighting the Flame of Hope at the Special Olympics ceremony. Although the event was canceled due to Covid, Evans was honored by the nomination. After a two-year delay, he and Tyler are greatly anticipating this summer’s Special Olympics on May 11th. Evans admits that while there might be some good-natured banter on the golf course, all competitors are cheered along, and there are no winners or losers.

According to Brian Jennings, Oklahoma City Deputy Chief, watching Evans and Tyler is a motivating force behind his continued involvement with Special Olympics. He first volunteered in 2012 and is now the director of the Law Enforcement Torch Run. Jennings has witnessed the positive benefits of having police involvement with the Special Olympics, from creating positive relationships to showcasing the capabilities of people with intellectual disabilities. The downside? Tired smile muscles.

“You can’t help but grin when you are handing out medals,” said Jennings. “There’s so much joy. The athletes just love police officers. We can spend hours getting our photos taken with the kids.”

Traditionally, Oklahoma has the largest Summer Games in the United States, with over 12,000 athletes. It’s an expensive undertaking, so police officers spend months fundraising. In addition to the torch run, officers participate in Tip-A-Cop, in which officers gather at local restaurants to serve drinks to customers in exchange for tips. Another annual fundraising event is the Polar Plunge, where officers jump together into cold water. One incentive for police units to participate was Jennings offering to jump in with them, and in February, he plunged 13 times. “I was all numb, but everyone who did it said they would come back,” Jennings said.

It was recently announced that Jennings will carry the Flame of Hope torch at the USA Games in Florida. Until then, he’s raising donations and recruiting volunteers for Stillwater. “It’s fun and easy to help, or just go watch,” Jennings said. “What really gets to me is watching the family members. They are so proud and excited. Their thankfulness and appreciation at the event keeps me going.” 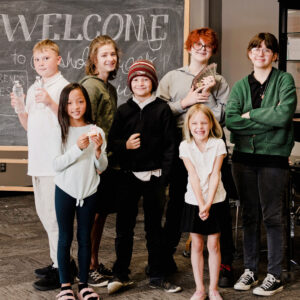 by Maggie Murdock Nichols
The first annual Edmond Children’s Business Fair will be held on June 4th from 10 am to 1 pm at the Edmond Railyard. The Chisholm Creek Academy, an Acton Academy Affiliate, will host the fair. All Edmond children between the ages of six to fourteen, regardless of where they attend school, are invited to enter....
Read More  > 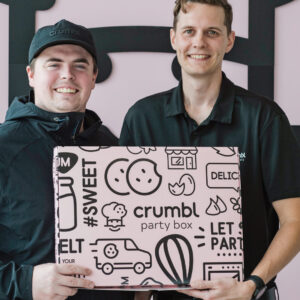 by Laura Beam
What started as a side hustle for two cousins in Utah on a quest to create the perfect chocolate chip cookie, quickly turned into the fastest-growing and largest cookie company in the nation. And in January of this year, Edmond got in on a delicious piece of the action with the opening of Crumbl Cookies...
Read More  >