Oklahoma’s music scene, while
flourishing, isn’t known for pop music. But the two members of Laura Leighe are
using that to their benefit by creating a sound as unique as their home state.

Laura Gosset and Zack Dumbleton
are working together as the band Laura Leighe to make an impact in Oklahoma.
The simple piano-and-drums sound isn’t an easy sell according to Zack, the
drummer for the duo. It’s also a bit of a novelty—a pop act from Oklahoma.
Trent Stockton, Laura’s husband, manager, co-producer and native Oklahoman,
says it’s even become a point of interest for when they perform for out-of-town
crowds. “It’s usually Laura Leighe, from Oklahoma, when they’re getting
introduced,” said Trent. 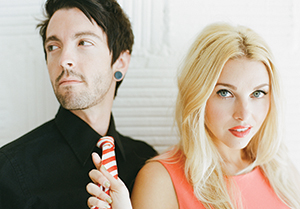 Laura, born and raised in Duncan,
Oklahoma, has been working on her career professionally since the release of
her self-titled debut EP in 2009. Upon graduating from the University of
Oklahoma and after teaching piano lessons in Norman for a while, she moved to
Los Angeles to meet with producers and work on her music. “I was working to get
more radio-friendly by trying out the girl-with-a-piano sound and my producers
told me that there was only one slot for that on the radio,” said Laura.

All of this changed when Bruno
Mars hit the radio in Los Angeles featuring a sound that was different enough
from both rap and singer-songwriter to flirt with both. When Laura heard the
combination of the intricate melody of a singer-songwriter mashed up with the
beats from rap music, she knew she could do it, too.

Fast-forward a few years…Laura
and her husband returned to their home state of Oklahoma. After she came back,
she was introduced to the drummer who would become the other half of Laura
Leighe. “I met Zack through some other musicians at LifeChurch where I sing,”
Laura said. “He and my husband were pretty good friends and I had always wanted
to play with a band—a girl and a piano limits where you can play.”

Zack, also a native Oklahoman,
has enjoyed his own success before teaming up with Laura. As a former drummer
for Theater Breaks Loose, he has opened for acts like 3OH!3 and Mayday Parade. 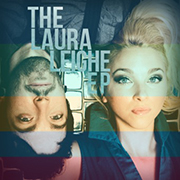 Although Laura wanted to play in
a band with Zack, it was originally Zack’s idea that they didn’t need anyone
else—they would perform as a duo using his drumming prowess and her vocal and
piano talent. They’ve been performing less than a year and have already begun
to define a sound of their own. The best part? They’re doing all of this in
Oklahoma.

Zack and Trent work together on
the rhythms and drum beats and Laura writes the lyrics and melodies. The band
admits their current production process is haphazard. They record out of Laura
and Trent’s in-home studio and send the files to their producers in L.A. The
producers then send back different beats, samples and ideas. Through it all,
the band is still a work in process. “We’ve only been at this for around a
year,” Zack said. “We’re still trying to figure out the best way to write
songs.”

Laura and Zack have a hard time
choosing which of their songs are their favorites. It’s apparent that both
genuinely love the music they create. Zack’s current favorite is “Heaven,” from
their self-titled EP, and Laura admitted it had a special meaning to her. “I
heard the “Heaven” track and then the next day Trent and I went to lunch and he
began talking about shopping for a ring,” Laura said. “We had dated for four
years and hadn’t talked about marriage yet, so that’s what inspired that song.”

Although they’re still working
on finetuning their sound—right now it’s all pop with retro touches—they’re
still very connected to the community. Both Laura and Zack perform at different
churches around the metro. 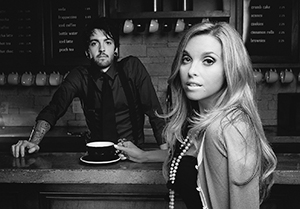 For Laura Leighe, everything is
new and exciting. Though they’re getting into more venues around Oklahoma City,
they’re also looking to start expanding their audience to other states. Their
next EP is also in their thoughts, along with a possible tour. Although
starting out in a state that isn’t known for producing pop artists, Laura best
explains their success in a nutshell: “You bloom where you’re planted.”

For
more about upcoming releases and events, visit lauraleighemusic.com. 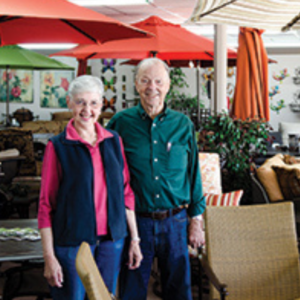 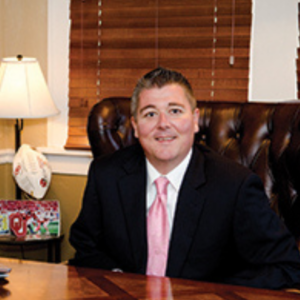