When Anita Edwards Wadley wrote her poem, JUST Playing, in 1974, she had no idea it would resonate with preschool teachers around the world. Now, 45 years later, it has been translated into five languages, used for commercials and conferences, and was recently printed as a children’s book. Anita wrote it for a simple reason—because adults struggle to understand why “just playing” is so important.

“My first year of teaching preschool, I would hear parents ask, ‘What did you do today?’ The children said, ‘I just played.’ One day, a dad confronted me and asked why he was paying money for his child to just play. I realized I needed a way to explain it.”

Anita thought about her themed centers that provided messy art projects
and cooperative learning with 19 other similar-aged children—which children wouldn’t experience at home. Anita put herself into a child’s shoes and thought, “I’m not just playing in the housekeeping area, I’m learning life skills. I’m building towers in the block room and learning that certain shapes don’t work together. Sometimes those blocks become a castle or a fire station—and it takes cooperation for everyone to build together. That’s where the poem came from; this concept that I’m learning as I play.”

JUST Playing (first stanza)
When I am building in the block room, Please don’t say I’m “Just Playing.”
For, you see, I’m learning as I play, About balance and shapes.
Who knows, I may be an architect someday…

For the rest of her 25-year teaching career, during which she owned Gateways to Learning and co-owned Children’s World with her mother, Anita gave her poem to new and prospective families. “Play benefits all children. Play is not a waste of time, even for adults. Play is healthy, enjoyable, and creative. Many of my preschool children became doctors, lawyers, artists, national merit scholars, even an Olympic gymnast—and they all started off being allowed to play. I’m proud of that.”

Anita first realized that the poem had spread when she got a call in the 1980s from a Texas school district that wanted to use her poem for parent orientation. Then it was requested by a children’s museum and for various early childhood conferences. A toy store in London wanted to use it in a Christmas commercial—which they set to music and played for Anita over the phone.

In 2000, the early Internet days, one of Anita’s four children yelled from upstairs, “Hey, Mom! I just googled you and your poem came up.” JUST Playing was posted all over the world wide web: correct versions, re-edited versions, retailer versions and anonymous versions. “So I started a website, and my husband became the “poem police” to make sure people used my copyrighted poem with permission.”

JUST Playing was reformatted into a picture book in 2018; an idea that first came to Anita twenty years ago and finally came to fruition shortly before her retirement. It is published under her re-married name, Anita Wadley Schlaht.

“After 45 years, I’ve seen the poem cycle in and out of popularity, usually based on school philosophy—but this idea of play seems to be timeless and stretch across a lot of cultural borders. I’m grateful for all the parents who’ve trusted me with their children’s education and I’m especially happy that my poem gives a voice to teachers who are trying to help parents or administrators understand why children should play in the classroom.”

Visit www.anitawadley.com to read the full poem and learn more. 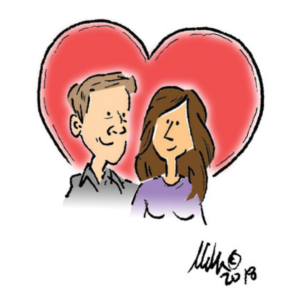 February 2019, In Other Words with Dave

In Other Words With Dave – February 2019

by Dave Miller
When I cut across the parking lot at Target diagonally – running over all the white stripes that outline where cars should park – I can feel the anxiety rising in the seat next to me. I quickly correct this infraction and restore calm. All is good again. Can you relate? Do you know a rule...
Read More  > 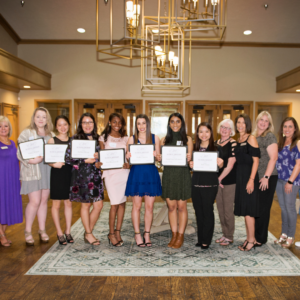