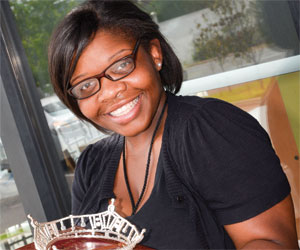 Eight-year-old Tiffany Thompson would open a book, and as she read, the words would spiral around, slide off the page and rearrange themselves into a mess of symbols. She thought everyone read like this, navigating the moving and dancing words, but only she couldn’t make sense of it.

She hated to read in class. When she was forced to read aloud, her teachers would scowl and scold her, thinking she was purposely speaking gibberish in order to make her classmates laugh. “I’d have that heart-attack feeling when I had to read out loud,” she said. “They laughed at me and the teachers thought I was a troublemaker.”

Still, the words jumped and bounced around, sometimes disappearing off the page entirely. As the words tormented and eluded her, Thompson’s teachers and other adults tormented her as well. She was labeled mentally retarded. She was told she was too stupid to do anything with her life.

“I was told that because I was mentally retarded and black and a girl, I’d never make it. I had one teacher say, ‘no one of your skin color will be successful or go to college. Your mom doesn’t have money to send you to college.’ Hearing that made me feel very small,” she said. “I never told my family what they said. No one in my family had gone to college… I told my grandmother only that I had trouble at school. She told me to believe in myself and the power that God gave me. When she died, I made the promise that I would let nothing stop me.”

At 22, that same girl they called retarded and stupid and a ne’er-do-well stepped on the stage at the University of Central Oklahoma’s Miss Black UCO 2012 pageant. That heart-attack feeling was still there. That fear of being different was still there. But behind it all was the courage to admit for the first time to her family, friends and colleagues that there was something she struggled with, but overcame.

As a pretty, bubbly and confident young lady, Thompson faced a crowd during the Miss Black UCO pageant. Her monologue was called “Who am I?” and her message was one of hope and understanding. “It was about the shame of growing up afraid to talk about my learning disability. It was about growing up having people tell me I wasn’t going to be a success,” Thompson said.

“For the first time, at the Miss Black UCO pageant, I came out and said ‘I’m dyslexic.’ I was scared, but in that moment, I finally set myself free. I finally decided that I was going to tell the world. I was so nervous — my aunt, my family, they didn’t know. But the crowd and everyone just went wild,” she recalls.

Dyslexia is a developmental reading disorder that occurs when the brain does not properly recognize and process certain symbols. It occurs when areas of the brain that help interpret language are problematic. It is not caused by vision problems.

Delivering that message on dyslexia contributed to Thompson’s win in the pageant. She was awarded a $1,600 UCO tuition waiver and the chance to help others face or understand an invisible learning disability that makes it difficult for intelligent people to read.

For the first time, Thompson’s family and friends and teachers heard her describe what living with dyslexia was like, especially for a child who wasn’t even diagnosed with it until her teens. They heard the shame, the fear and the struggle to succeed. “After the win, all these people came up to hug me. They whispered in my ear, ‘I have dyslexia too.’ I must have had 20 people come up to me, my peers. I had to come out with the truth — for them, not for me,” she said.

Thompson controls anxiety by taking deep breaths and processes information when the words spiral and disappear. She was finally tested for dyslexia in high school after her Douglass High School teacher Linda Oliver told her she had the signs. “I hated myself. I thought I could never be successful,” said Thompson. “But Ms. Oliver roared, ‘No! You will be successful.’ She helped me fill out college applications and helped with pre-college education.”

Other Douglass teachers also became mentors. Basketball coach Terry Long hired Tiffany as a manager for the team, and from him she learned to never break under pressure. “They honed in on my potential. My drama teacher, Mary Brown, taught me that I was good at creative arts. They didn’t discuss it with me really, but they taught me to embrace who I am and it changed my life,” she said.

College was a challenge. Reading one chapter of a textbook could take up to 25 hours for Thompson, and when a college professor told her she wrote on a fifth-grade level, she knew she had to get help. The UCO Office of Disability Support Services and the Oklahoma Department of Rehabilitation Services have been important in training Thompson to work through the dyslexia by providing guidance, funding, assistive technology and more.

Since winning the pageant, Thompson’s platform to educate the public about dyslexia has made the once terrified and shy girl into a public speaker. UCO hired Thompson to put her natural compassion and communication skills to work in a program called Compass Learning Communities. In the fall, Thompson, now a senior at UCO who wants to be a family life therapist, will be a paid peer mentor living with 48 incoming freshmen, many of whom are the first in their families to attend college. She also speaks on a regular basis on her platform of GIFTED, which stands for Greater Individuals Facing Truth Esteem in Dyslexia. She speaks to high school students and colleges around the state.

“At first for a long time, I thought it was a curse to be dyslexic,” Thompson explained. “Now, I call it ‘the gift’ because I just learn different. I look at the world different. I’m just me.”

For more information about UCO’s Compass Learning Communities, call 974-6903 or go to www.uco.edu/learningcommunities.

Visit www.okdrs.gov to find out more about the Department of Rehabilitation Services’ vocational rehabilitation and employment programs, or call (800) 487-4042 to be connected to the nearest DRS office. 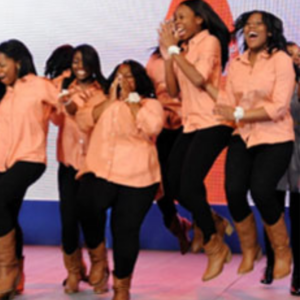 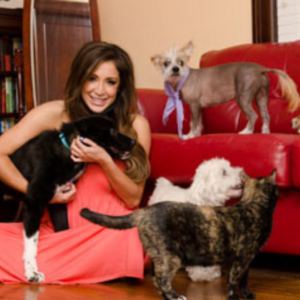 by Christy Shuler
Animal fostering is a term that many have never heard of, or have disregarded. But in reality, it could mean saving the lives of thousands of unwanted, stray or abandoned animals every day.
Read More  >