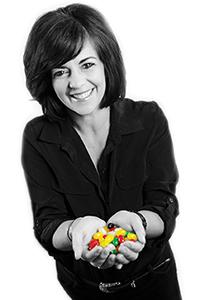 In the early 90s, Edmond
resident Tracy Jackson became a mother. Like all new mothers, she wanted her
daughter to have the best experiences growing up—those that encourage high
self-esteem, love and acceptance. But it quickly became apparent to Jackson
that there were areas of inequality for her bi-racial daughter that she
couldn’t ignore. Although America’s mindset had progressed by the mid-90s—in
terms of the availability of products and toys featuring multi-racial
children—Jackson decided the color wheel still needed some adjusting.

With that as her motivation, the
young mother and entrepreneur was driven to create her own online company,
iCelebrateDiversity.com. Though she had no prior business knowledge, Jackson
had a mission. Today her company works with individuals as well as large corporations
across the country to accomplish exactly what the company name
suggests—celebrating diversity.

“I really noticed the lack of
products that respected diversity. At that time, it was hard to find toys,
children’s books, artwork or anything that showed different colored children
together on products.” Jackson explains that for years she would keep a keen
eye out for the products and businesses that featured such items and she would
file their information. “I kept a little folder and then finally, in 2001, I
built my website and started on my own,” she says.

Embracing the emergence of the
digital age, she captured the idea that technology could send the message of
cultural diversity and acceptance to everyone. In keeping with her charge of
combating diversity issues for children, much of Jackson’s initial inventory
involved toys and children’s items. She was surprised to realize the amount of
work her mission needed to accomplish her goal.

“I’ve always thought my market
includes everybody that has children. At the time I started it, I would have
people say, ‘I know someone who’s in an inter-racial marriage,’ and that wasn’t
my product. Really it was for everybody. I didn’t want it just to be toward my
family, but for every family,” she says, adding, “I was worried about my
daughter being included in everything. Until you’re affected personally by it,
you don’t even notice the void in the market. So I think that’s where I still
have a challenge—educating people that these are products that everybody needs
in their home.”

The reason behind the large
growth in Jackson’s business is actually very small, the size of a jelly bean
to be precise. Diversity Beans are jelly beans which appear one flavor on the
outside, but taste like a completely different one. “It’s really something that
kind of landed in my lap,” she says. Thinking that iCelebrate Diversity would
be a good fit, the creator of the beans approached Jackson about becoming a
supplier in her business. Upon their collaboration, corporations like Verizon
and Disney began inquiring about using the products in their training sessions.
These companies became some of Jackson’s biggest clients causing her inventory
growth to include a large selection of products for corporations.

“I always get comments on the
jelly beans. [Diversity] is a serious subject and people take it personally.
It’s just a fun way to start the conversation that might be difficult for
corporations to have.” Jackson says that she receives positive feedback about
how much the employees loved them and how they are great teaching tools.

Conflict occurred recently when
the creator of the Diversity Beans announced she was closing up shop and asked
if iCelebrateDiversity wanted to take over the production. “This past year has
probably been the most challenging—wondering if things were going to pan out,”
Jackson says. To keep the product alive, she had to buy the jelly beans
directly from the manufacturer at a 10,000-pound minimum. She began working
right away to raise funds on an entrepreneur site called Indiegogo.com.
Jackson’s efforts were a success. She now has 15,000 pounds of jelly beans in
stock and a limitless level of excitement and possibility. “I’m just excited to
see what I can do with them now…to see what this next year brings,” Jackson
says.

In stride with the business
challenges and hectic schedule, Jackson’s main purpose is still very much
alive. Her mission extends beyond her own company to volunteer work which
includes educating adoptive and foster families with multi-racial children
through Angels of Oklahoma City, a private foster care agency. “Parents need to
know that if you’re adopting a child of another race or your home includes a
child of a different race, you’re going to have different experiences,” she
says, adding that parents need to learn how to talk to their kids about race,
culture, racial identity and racism.

Jackson also brings the message
directly to children by speaking about diversity in schools through the
Edmond-based non-profit organization Respect Diversity Foundation.

“I’m just happy to be a part of
something that makes things a little better in my own little way,” she says. 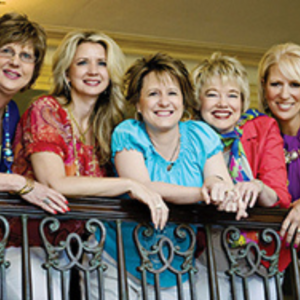 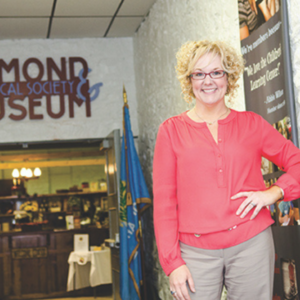 History in the Making

by Paul Fairchild
Thirty years ago, Edmond history buffs recognized a huge hole in the city's cultural landscape"���a museum dedicated to its past.
Read More  >