Every couple has a story about how they met. Those sweet moments of meeting one’s future spouse become the stuff of legends because without that magical ingredient of timing, none of the happiness of marriage, home or family could happen.

Love on the High Seas 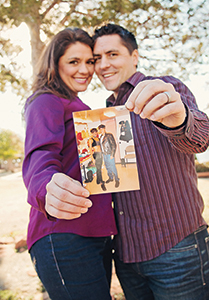 Jessica Alvarez always dreamed of performing as a dancer for a cruise ship. A dance major from the University of Central Oklahoma, Jessica’s dream came true when she was cast for Carnival Cruise Lines Entertainment.

In February 2003, rehearsals were held in Las Vegas. One of the male dancers wasn’t catching on as fast as was needed, so a young performer named Victor Stacy was hired on as a replacement.

Victor was offered a contract to entertain on the cruise, which landed him exactly where he needed to be to meet Jessica. “I instantly thought Jessica was attractive, but nothing came of it right away,” said Victor.

On the cruise, the two became fast friends as performers and shipmates. “The contract on the ship lasted for 11 months,” said Jessica. “I really relied on Victor a lot because it was a challenging time—I was away from everything familiar. When we were deciding to travel home, Victor offered to come with me to see my family. It was then that I knew.”

“I knew early on that Jessica was the one,” Victor said. “On the ship, my mom and aunt came to visit. My mom pulled me aside and said, ‘Don’t screw this up—we like her.’ That moment, knowing that my family approved, helped me recognize how I was feeling toward Jessica and that it was something bigger.”

Though both hailed from Oklahoma, they had never met before. But on the cruise ship performance stage, love on the high seas blossomed. They were married Aug. 18, 2006.

Barbara Lee was devastated when she lost her husband of 17 years on Jan. 13, 2013. Life as she knew it turned dark and lonely. Garry Garner was 64 when he lost his wife of 39 years in December 2012, and he thought he would be alone until he died. 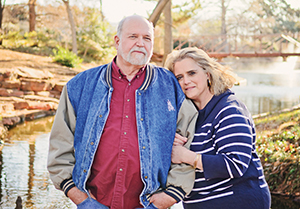 Neither one expected to ever find love again. Yet, through the journey of grief, Barbara and Garry fell in love while learning to let go of sadness. The two met at a grief counseling class at the hospice center that cared for their loved ones.

“I didn’t know that anyone else felt how I felt. I realized what I was going through was normal,” Barbara said. After the class ended, the grief group members met every Saturday for breakfast. Garry began helping Barbara with yard work while she in turn helped him around his house. Soon, the couple began meeting for dinner on Wednesdays. “I started counting the days until we could meet,” Barbara said.

Falling in love again was confusing for both. Garry worried that he was going too fast. But the hugs lasted a little too long, and they felt a little too good, said Garry. “It was easier to accept it than to fight it,” he said.

On September 4, 2014, Garry and Barbara married, finding a new life together. “I never thought God would send someone my way again,” said Garry.

“We love each other,” Barbara said. “It’s amazing when something happens that you thought would never happen again.”

Who says camp romances are for teenagers only? 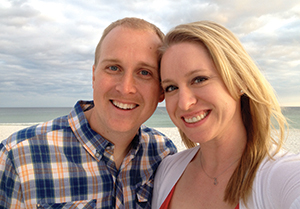 Lexi and Justin Skaggs discovered romance in the woods of Maine as camp counselors for neighboring camps, but they certainly didn’t plan it that way. In fact, the two St. Gregory’s University students were actually playing matchmaker for another couple.

In 2002, Lexi wanted to introduce her friend to Justin while Justin’s friend wanted to meet Lexi. By the end of the night, the two other friends hit it off, leaving Justin and Lexi on their own.

“I actually went in for a kiss, but she pulled away and told me she had a boyfriend,” said Justin. However, under the expanse of stars in the deep woods of Maine, Lexi felt that spark. That night, she broke up with her boyfriend back home.

“I didn’t want to be held back,” she said. “The next night, Justin was kind of mean to me. He thought I still had a boyfriend.”

“The second time I tried to kiss her, she let me,” Justin said. The romance was born at the outdoors camp, and throughout their courtship, nature has always been their passion. They returned as a couple to that same camp as counselors for four years, and in 2008, were married.

The Skaggs’ are one of many couples from that summer camp who met and married. “You’re in a beautiful place under the stars, helping kids and you have no worries,” said Lexi. “I think you are at your best in that setting, it’s perfect. We still spend a lot of time in nature.”

Caleb Everett was destined to be Prince Charming to “Cinderella” Sarah from day one.

Sarah and Caleb Everett met at The University of Central Oklahoma during Greek Week when Sarah was cast by her sorority to play Cinderella in a play. Caleb was Prince Charming.

However, Sarah’s prince had to disappear—Caleb was also the Buddy the Broncho mascot, and on the day of the play, his duties took him away from his princess. Two years passed before the couple found each other again and Caleb asked his princess for a first date. A true knight, Caleb took his Cinderella to dinner and a long walk around Lake Hefner. He didn’t dare steal a kiss on that first date, but through three years of dating, he did steal her heart.

The couple hosted a Halloween party at Caleb’s house, and he called her in a panic because the house wasn’t ready. When Sarah rushed over to help, the house glowed with the light of hundreds of candles. The song the couple was supposed to dance to years ago as Prince Charming and Cinderella played softly in the background.

Caleb, in a “knight in shining armor” costume, went down on one knee. “I know I couldn’t be your Prince Charming when I had to, but I want to be your Prince Charming for the rest of your life,” he said.  On July 27, 2013, Caleb and Sarah Everett began their romantic fairy tale as husband and wife. “We are ‘happily ever after,’” said Sarah. 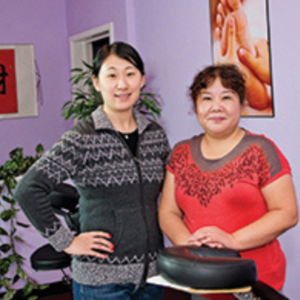 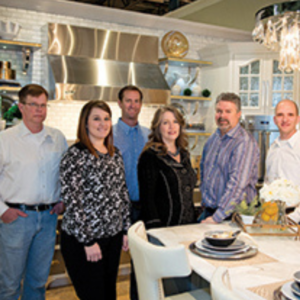