You probably grew up hearing American folk music like, “Take Me Home Country Roads,” but when was the last time you heard a traditional Chinese folk song? Likely never. Hearing such foreign music might cause you to react with curiosity. You might be deeply moved by the sound.

This is exactly the reaction that Kyle Dillingham and Horseshoe Road received from audiences in the Gansu Province of China. The professional music trio, made up of Dillingham, Peter Markes and Brent Saulsbury, played gospel, bluegrass, swing and country music on the fiddle, guitar and bass.

The people of China had never heard such music, but listeners responded with enthusiasm. They became emotional. They held back tears to songs like Tennessee Waltz and I’ll Fly Away. And yet, they had no idea what the words meant. “Lyrics are a very small part of music,” Dillingham said. “The real vocabulary of music is the structure and intention of the sound. What you hear is way beyond the spoken word, and it can touch people deeply.”

Making deep connections was exactly the chord these talented musicians hoped to strike in China. Dillingham’s band was asked to represent Oklahoma at China’s Silk Road International Cultural Expo in September. The invitation came because of a partnership between Edmond, Oklahoma and its sister city of Qingyang, China. Edmond Mayor, Charles Lamb, signed the sister city agreement in 2015 as a chance for local citizens and students to connect with a similar community on the other side of the world.

“Edmond and Qingyang are equally yoked. Each has an affluent quality of life, a sophistication about it, and a rich cultural and industrial history. The cornerstone of this relationship is the strong involvement of Edmond’s universities in student exchange programs,” said Dillingham.

In China, Horseshoe Road performed in a variety of settings, from intimate gatherings to a flash concert in the city’s central park. Formal concerts were performed before thousands of people. The show opened with a video about Oklahoma while the band played the state’s centennial anthem, Oklahoma Rising. No one in the audience knew about “country music.” Many had also never seen a Westerner in person, and certainly not three men over six feet tall! In all locations, the music was greeted with blatant curiosity and emotional enthusiasm.

“Music is the international language,” Dillingham said. “It brings people together and accelerates relationships. That’s why musical diplomacy is a cultural vehicle for unification. It’s good for us to imagine we have friends somewhere else in the world. It’s much better than imagining enemies.”

According to Dillingham, who has played music in 37 different countries, the Chinese officials treated Horseshoe Road with unequaled hospitality, and Edmond will have the opportunity to reciprocate when a delegation from Qingyang visits Edmond next year.

By then, Dillingham hopes to have completed a new folk song, as requested by his new friend in China, Director He Jufeng. As Jufeng told Dillingham, “You’re not only a musical ambassador, you are a musical angel. Your music touches us so deeply. I want you to write a new folk song for the city of Qingyang. I’m sure that it will be loved by Americans and Chinese, and it will be a song we can all sing together.” 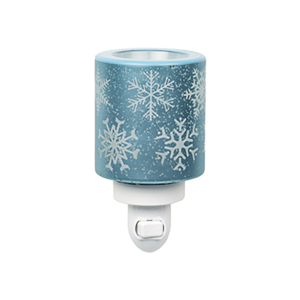 by Morgan Day
Nancy Dobbs has sold Scentsy products since 2009, and in those eight years, the company has impressed her time and again with the innovative products they roll out each year. Scentsy, known best for its wickless candles and scented fragrance wax, has dived into the world of natural and essential oils, laundry room staples like...
Read More  > 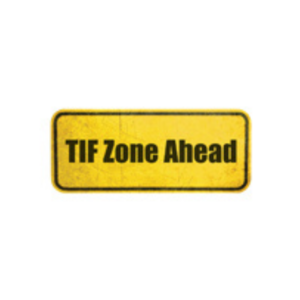 What the heck is a TIF?

by Dr. J. David Chapman
I believe that cities in the Oklahoma City Metropolitan area should work together. This means collaborating on regional transportation, ecological concerns, public safety, and job creation. But understand – these same OKC metro cities are in competition to grow their individual cities. If you haven’t heard the term Tax Increment Financing (TIF) you soon will...
Read More  >