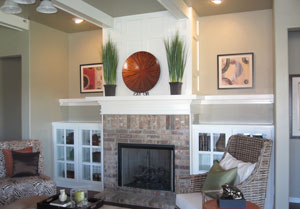 Sprinkled amongst the predominantly Old-World-style new homes throughout Edmond are a handful of homes that appear a little different. They have an aura of nostalgia reminiscent of freshly squeezed lemonade and home-baked cookies.

They echo the old-fashioned Arts and Crafts homes of the 1900s through 1930s — the homes that fill the old neighborhoods; have large, deep porches and heavy, tapered square pillars, with low-slung gabled roofs, wide overhangs and exposed rafters, dormers, shake shingle siding and shutters.

The homes appearing in new housing additions in Edmond have many of these same features and this same style yet they have none of the problems associated with older homes. Local builders have begun lines of custom residences to bring back the Craftsman style with a modern appeal.

“The concept is to build a sense of community, where neighbors know neighbors,” said Edmond resident Andy Crum, co-owner of Beacon Fine Homes, one of several local builders who are offering modern Craftsman homes. “The norm now is small entryways and everything is private. You get home and shut your garage door behind you and shell up.”

Crum wants to change that, to redirect society’s path from self living to community living. One step in that direction is designing homes with large covered front and back porches, “so when neighbors come over to visit, they have a place to stand in the shade and chat,” Crum said.

This atmosphere is true to the original Arts and Crafts style, which developed as an answer to the Industrial Revolution-embracing, mass-produced décor of Victorian design — a design in which machine-made products became readily affordable to the middle class, so homeowners filled their Victorian homes with as much furniture, fabric and accessories as they could.

Those who began the Arts and Crafts movement in England emphasized quality craftsmanship — which again made furnishings expensive — in rebellion to what they saw as a cheapening of products. Gustav Stickley brought Arts and Crafts style to America, with the goal of making the style truly affordable. His solution was to use the best of both worlds — machine-cut and hand-finished furnishings. This married quality with affordability. The style affected not just furniture, but architecture and interior design as well, emphasizing natural products and craftsmanship throughout.

Craftsman homes are generally limited in square footage — averaging 1,400 to 2,400 square feet — and are models of practical design and creative use of space. The bungalow home of the early 1900s was even smaller. They gained popularity as kit homes, offered through mail order catalogs such as Sears. Although mass production caused craftsmanship and detail to be watered down, the homes were good quality and affordable.

“(Eric Thornhill and I) started looking at smaller house plans about seven years ago,” Crum said. “We took a lot of pictures and really liked the Craftsman homes — their timeless, clean look. We also realized the layouts were different. All the square footage was usable; no wasted space.”

The new Arts and Crafts-style homes in Edmond uphold the Craftsman practice of creative design. Unlike standard floor plans, these homes have minimal hallways and lots of pocket doors throughout, so as to not waste floor and wall space with door swings. The living spaces are open floor plans, with the fireplace being the focal point.

“We kept the character and feel of the older homes,” said Kellie Clements, a 2011 HGTV Design Star semifinalist who designed the Craftsman series homes for Beacon. But other floor plan changes strayed from the traditional by increasing the size of the kitchen and storage space, specifically in the closets. “It’s the perfect marriage between the best of what the older houses offer and what we offer today.”

The interior features of these reinvented homes include a variety of windows to allow lots of natural light — most with multiple upper lights in keeping with Arts and Crafts style — as well as wood plank flooring, and mission style light and plumbing fixtures. Other possibilities include bench seats, exposed beams, wainscoting, bead board inserts in the interior doors, rectilinear trim on the woodwork and even traditional plate rails.

The interesting juxtaposition of contemporary materials, such as travertine, granite and stainless steel appliances, alongside traditional wood and glass is what gives potential buyers a modern home that makes them feel at home.

“My goal was when people walked through, they liked the way the home felt, not just the way it looked,” Clements said.

The color palette — exterior as well as interior — tends toward earth tones, blues and greens, with contrasting white or cream trim. Stained wood also works well for the traditional Arts and Crafts look.

“(Homeowners) were braver with the color choices back then,” Clements said. “They used a lot of color, not just white or taupe walls like we tend to do today. People are tired of the dark dungeon look. They are spending more time at home, because of the economy and they want homes that are bright places; fun and still functional. There are a lot of pretty houses out there, but just because they are pretty doesn’t mean they work.” 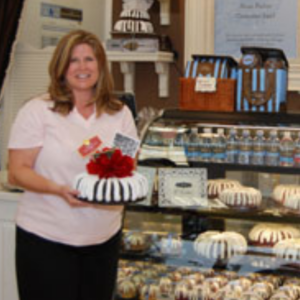 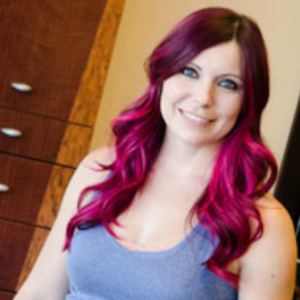