Holiday Hero to the Homeless 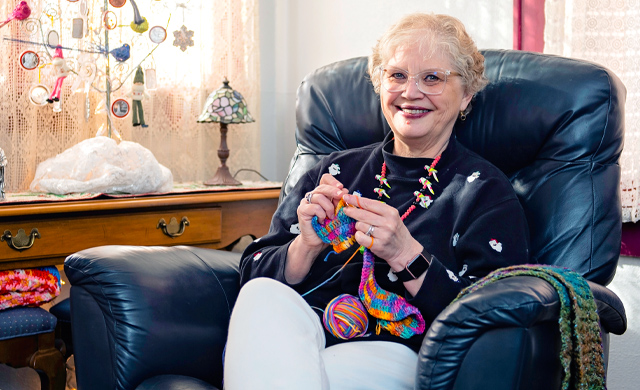 On December 25th, while most of us are settling down to Christmas turkey, Carolyn Herr is in downtown Oklahoma City searching for the people who have nowhere to go for the holiday. Last year, she found 800 people. In one hour.

Instead of a sleigh full of toys, she uses a 20-ft trailer and two trucks filled with provisions. To each man, woman and child, she provides food, winterwear and camping equipment. It’s Carolyn’s Christmas Day tradition, but it takes her all year to prepare for that one hour of work.

Carolyn describes the reactions of the homeless people as grateful. “They love the food, but they are happiest about the human contact. They appreciate a hug and conversation. Most of them accept the food and then offer to share it—they are very unselfish.”

According to Carolyn, Oklahoma City has about 4,000 homeless people, but another 2,000 never get counted because these are the people who are hiding, are paranoid, or mentally unable to seek governmental help. “They won’t go to a shelter or a structured event for Christmas, so I go to them,” Carolyn says. “I drive around watching for their shanty settlements—so I know where to find them at Christmas.”

In 2002, Carolyn and her husband, Brad, had just moved to a small house in Oklahoma City. They budgeted carefully so that Carolyn could stay home. Brad noticed the high number of transients near his workplace downtown, so Carolyn crocheted a dozen blankets to hand out that Christmas—but hundreds got nothing. So, she ramped up her efforts.

Carolyn sells homemade products at the downtown OSU-OKC Farmer’s Market every Saturday. She puts 100% of the money toward the purchase of supplies for making more hats and scarves. Carolyn initially didn’t have any “elves” to help her, but after 16 years, she’s assembled her own kind of Santa’s workshop. She receives sock donations, dog food, and handmade hats from people around the world, including Canada, Spain and Bolivia. Many Farmer’s Market vendors donate their blemished or leftover foods—which she bags up or freezes.

Carolyn sees women living on social security who donate $2 to her coin jar every Saturday at the Farmer’s Market. Carolyn calls them her “Two Dollar Club.” Two younger ladies create plastic baggies filled with no-cook “camping foods” and a lip balm to hand to hungry people standing on street corners—which is something Carolyn encourages anyone to do.

One year, a UPS truck showed up with 300 pounds of donated yarn, which furthered her efforts to make hats, scarves and blankets. “It literally filled my house! We couldn’t even sit on the couch. My neighbor let me use his garage to store it.” Eventually, that neighbor sold his house to Carolyn for a generously low price, so she could use it as a storage facility for dry goods and yarn. “I keep one room where homeless people can stay a few nights in emergency situations.” Then, two years ago, Carolyn and Brad purchased a third house for their growing mission.

Carolyn works year-round to help the homeless on the fringes—but Christmas Day remains the focus of her year. “It’s all over in about an hour, and I come home exhausted, but I feel so much personal satisfaction helping these people.” Carolyn proves that Christmas isn’t about expensive presents from the store. Sometimes giving a little means so much more. 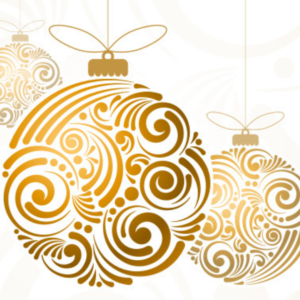 Memories of the Heart

by Louise Tucker Jones
With Christmas approaching, my heart stirs up precious, old memories. Simple things that never made their way onto the pages of my writing. Little things, like my daddy making white divinity at Christmas. No, he was not the cook in our home, and I have no idea how that came to be. I only know...
Read More  > 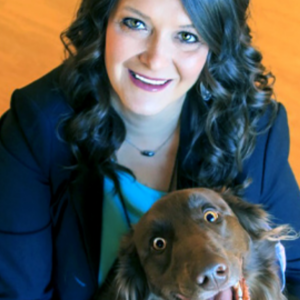 A Heart For Our Companions