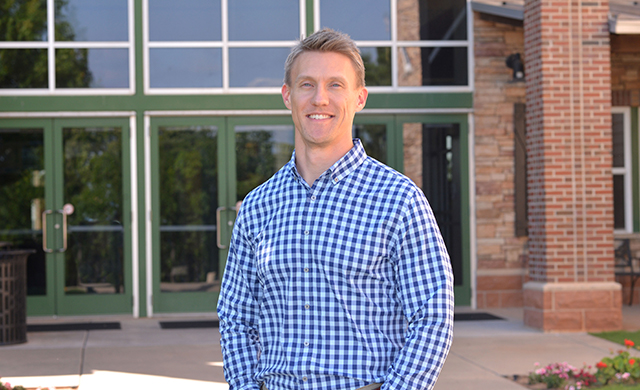 At the exits of the Henderson Hills Baptist Church parking lots, there are brand-new signs reading “You are sent.” They serve as reminders that church is more than singing and preaching. “It’s about being excited about Jesus, and taking that out into our work, our play, everything we do,” says the new Lead Teaching Pastor John Wohlgemuth. “Our faith can’t stay in our heads. It has to translate into our hearts and our hands.”

Wohlgemuth’s faith was forged in an unlikely place—the football fields of OSU, where he played for five years. “It was really amazing to see how God used that experience to draw me to follow Him,” he recalls. At OSU he met his wife Emily, and he began working with a local church youth group. That led to more opportunities to speak and teach. Eventually he followed the call to preach. “It wasn’t a writing-on-the-wall kind of call,” he says. “God just kept opening doors.” After serving at two other churches, he came to HHBC in June 2018.

HHBC has extended a giving hand to others ever since it began in 1964. “Our goal is to love every person no matter what they look like or where they come from, even if we don’t agree with everything they say and do,” says Wohlgemuth. “Jesus welcomed us, unworthy as we were, and we want to welcome others the same way.”

The church is very involved in missions across the globe. Closer to home, it operates several outreaches, including Ministries of Jesus, a medical clinic ministering to body, soul, and spirit. During the teacher walkout in spring 2018, HHBC was also among several churches offering free day camps for any children who needed care.

The church’s modern campus features a gym, cafe, and spacious worship center. But many members recall leaner days. At one point the budget ran short when building a new worship center, and they had to make

do with lime green shag carpeting. A square of that carpet hangs on the wall of their current space. “It reminds us to be humble,” says Wohlgemuth. “We’re nothing without Jesus.”

Wohlgemuth’s goal at HHBC isn’t to make sweeping changes, but to expand on the church’s strengths. “Henderson has a substantial tradition of teaching God’s Word, and we get the blessing to build on that,” he says. “We want this generation’s grandchildren and great-grandchildren to have a church they love just as much as we do. The foundation is going to be the same.” 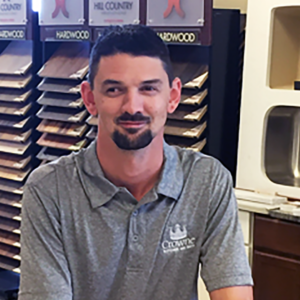 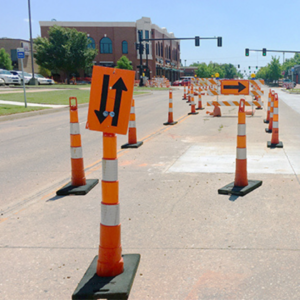 Under Construction & Open for Business

by Dr. J. David Chapman
Under Construction, Open for Business Downtown Edmond is undergoing some much-needed infrastructure improvements. The project includes installation of new storm drainage pipes in multiple locations downtown, along with new streetscape parking along Edwards and Campbell Streets. While this will be a gain to the residents of Edmond, it is not without pain. Nobody knows...
Read More  >