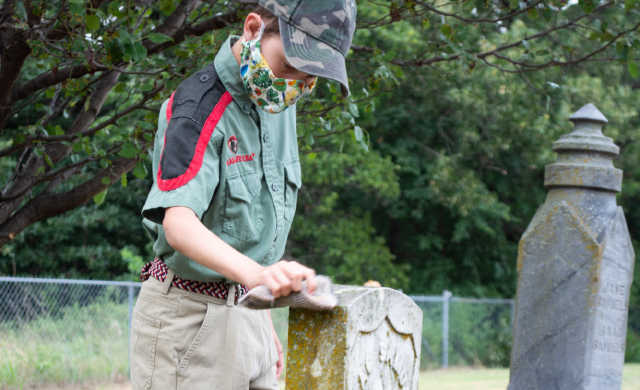 Sherrod Wall has no doubt his grandmother, Myrtle Gower Thomas, is up in heaven, directing operations at Gower Memorial Cemetery. “She was driven to protect this place and protect its history up to the very end,” Sherrod said.

In the late 1980s, Myrtle put her energy toward preserving the one-acre property along Covell Road that her grandparents, John and Ophelia Gower, had set aside from his Land Run settlement. As a stone cutter himself, John wanted a place in Edmond for the remains of his own family and other people of color, including buffalo soldiers, Native Americans, and even the homeless. Although cemeteries rarely achieve status on the National Register of Historic Places, Myrtle succeeded in adding it in 1992 because of the site’s unique historic value.

Myrtle’s next step, as she faced her end years, was to convince the City of Edmond or the Edmond Historic Preservation Trust to take over the care of the cemetery. This time, she failed in her task. Both entities then lacked the manpower and mowing equipment to maintain the site. It was not meant to be. Not yet.

Thirty years later, a woman named Stephanie Carel attended the Black Lives Matter protest being held a few blocks from her downtown Edmond business. “I went to watch from afar, shocked by everything going on,” Stephanie said. “I told some City Council members present that, ‘This hurts my heart. I’m going to do something.’ Councilman Darrell Davis told me, ‘Then do something.’ So, that was my call to action. I just didn’t know what I was going to do yet.”

One week later, Stephanie, a historian at heart, learned about the mostly-forgotten Gower Cemetery. As she walked among the overgrown headstones, she became very upset. “This is a historic site. They are part of Edmond’s history. They can’t be forgotten.”

Myrtle had felt the same way. “My grandmother always said, ‘Never let weeds grow on my grave,’” Sherrod said. “She made me promise to take care of the family cemetery when I was just seven. I’ve done my best, driving my tractor three miles from my house for years, knowing that Grandma was watching me—but I know it’s not cared for to the extent needed for such a historical place.”

According to Sherrod, his grandmother looked down on Stephanie as she stared in dismay at the aging cemetery and said, “She’s the one to get it done!” And by the next day, Stephanie, who said “something truly reached out and grabbed my soul,” called upon a network of friends and Preservation Trust members, pleading for help. She planned a cemetery clean-up day for the end of June. The response was overwhelming from an array of people who felt compelled to do something to honor the Black history dating back to Edmond’s beginning.

It had taken three decades, but Myrtle’s vision of honor for her grandfather’s graveyard finally came true. The Preservation Trust is now able and eager to take over the care of the Gower Cemetery for future generations. Besides general upkeep, plans include repairing the gate, building benches, identifying graves, replacing missing markers, and creating a Wikipedia page–a myriad of projects to honor an almost-forgotten piece of land.

“How do I feel about this?” Sherrod asked. “Amazing isn’t a strong enough word. Grandma had a hand in this from above. I know she is excited and proud.”

Visit Edmond Historic Preservation Trust on Facebook to learn more or to volunteer. 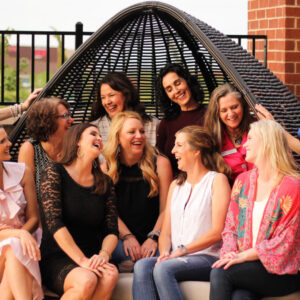 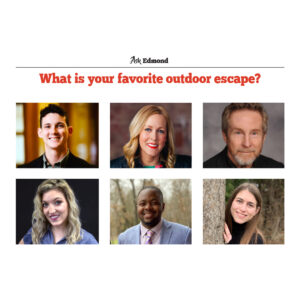 Ask Edmond: What is your favorite outdoor escape?