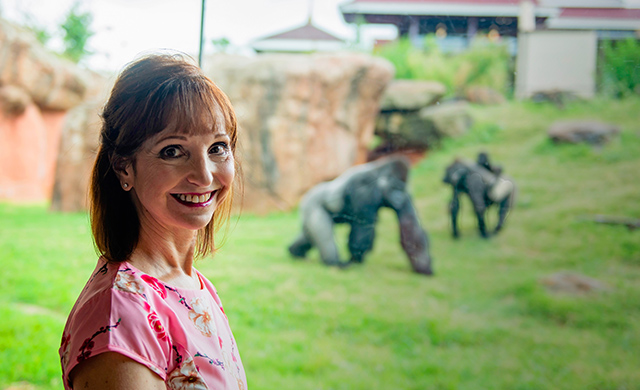 As a child, Donna Mobbs remembers leaning over the rails of the zoo’s lion exhibit and watching her shoe fall in. It was rescued by a keeper, and then she knew she would work at the zoo someday. Donna was right.

In 1984, she saw a newspaper ad for the zoo director’s secretary. “I instantaneously knew that was my job–but I didn’t get an interview. I called and said, ‘You don’t understand, you’ve hired the wrong person—that’s the job I’m supposed to have.’ I was adamant,” Donna said. “Lo and behold, that person didn’t last, and I was hired.”

Now, Donna is nearing the end of her 35-year career as the zoo’s executive assistant, working under five different zoo directors. She’s seen the zoo undergo dramatic changes. “We were a small zoo in serious financial trouble until the sales tax passed. I’ve watched us grow into this beautiful facility. Now, we are on track to be at the level of San Diego.”

Unsurprisingly, Donna has encountered animals in close, personal ways—but it’s the gorillas that have stolen her heart. “In 1999, I helped hand-raise twin baby gorillas. It was the most amazing year of my life with those precious babies. I didn’t know that gorillas had a sense of humor, or that they would prank each other or giggle when tickled.”

“The twins’ father, Tatu, was my best friend. He got me through tough times, particularly the death of my parents. I would visit him on lunch break, and he would come to the glass and listen to my troubles. I know he recognized me. We had a bond. He made the most beautiful vocalizations–musical sounds, not just grunts. When he grew elderly and began to decline, the vets even let me observe his medical procedures. It was heartbreaking to lose Tatu.”

Donna also participated in horned lizard research, bottle-fed lion cubs, and got over her fear of snakes. When the Make-A-Wish Foundation asked for special animal encounters at the zoo for terminal individuals, Donna served as liaison. “The animals always knew they were with someone who was dying and needed gentle treatment. Without prompting or cues, I watched a dolphin come out of the water, roll over, and allow a woman to stroke her and have a private conversation,” Donna said. “We had a three-year-old that loved Scarlet the parrot. During his last 24 hours, the keepers took Scarlet to visit him. He became conscious long enough to remember the commands to get her to bark and meow. The family was so touched. Scarlet was invited to the funeral, and instead of her usual squawking, she whispered the whole time.”

Donna is awed by the intelligence of Elok the orangutan. “Years ago, the keepers trained Elok to gather his blankets to be washed. I recently watched the keeper say, ‘You left one in the corner,’ and he walked over to get it. She said ‘You are sitting on one,’ and he looked beneath himself, picked it up, and handed it to her. He understood every word! I’m amazed by the things our staff accomplish. It’s not glamorous and they’re not going to get rich, but they are saving the planet one animal at a time.”

Facing her last days as a zoo employee is unfathomable to Donna. She hopes to come back as gorilla-area volunteer, because she can’t imagine life without them. “I don’t even know who I am without the zoo. I drive in the gate and hear lions roaring and African wild dogs howling every day. I don’t know how I’m going to drive out that last time. It’s been a beautiful place to work, and I believe I’ve had a tiny part in helping save the planet. Even if I’m not there physically, part of me will always be there. I’ve been blessed by a job where even on tough days, I could go see gorillas.” 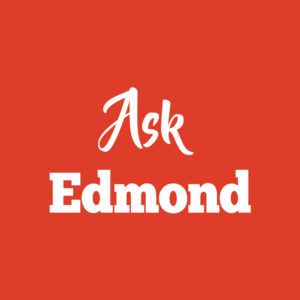 by Edmond Outlook
Why do people move to Edmond? Why do they stay? Here's what a few happy Edmondites shared with Outlook:
Read More  > 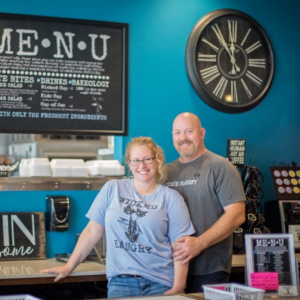