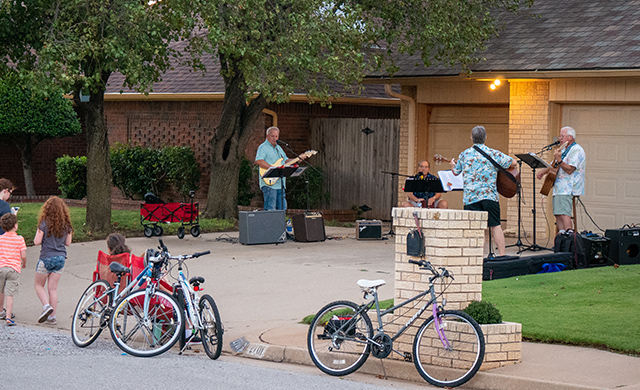 On Tuesday nights, music and harmonies drift through the air at NW 150th Street and North May Avenue as Graywolf band performs an outdoor concert in the driveway. Jim Gray, who along with Rick Hill started the group over twenty years ago, talked about how they missed performing since everything came to a halt in March due to COVID-19. The driveway jam sessions have been a way for the band to reconnect, practice, and perform while unexpectedly bringing people out to enjoy music, all while social distancing.

“We have just as much fun practicing as performing,” Gray said. Gray, who is a semi-retired teacher, plays rhythm guitar. He finds music helps break down barriers and brings his guitar to the classroom when he substitutes. “The kids really enjoy that,” Gray said. “It helps us connect.”

The other band members are Rick Hill, John Koons, Keith Stelting, Dennis Haikin, and Sarah Gray. Hill, who is retired from OG&E, plays the bass guitar. Singing for the band is Koons, who works in public relations for OG&E. Stelting, who is retired, performs percussion. Playing lead guitar is Haikin, who works for the City of Oklahoma City. The newest member is Gray’s daughter, Sarah, who sings soprano. She works at the Heart Hospital. The band works together seamlessly.

“There is a really great comradery between us,” Gray said. Early on the band performed harmony-rich Everly Brothers songs, western songs by the Pioneer Brothers and western swing music by Bob Mills. Now they play a variety of music from different eras and original music. One rule they established early is that enjoyment is a priority. “If it is not fun, we’re not going to do it anymore,” Gray said.

Over the years Graywolf has performed at various venues including farmers markets, the Paseo Arts District, Scissortail Park, and Canterbury Retirement Community. “Jim and his band have performed at our community several times in the last few years,” Rebecca Strong, Community Life Director of The Fountains at Canterbury said. “Jim and his band always play a variety of songs everyone knows from almost every era.”

“When residents in our memory care or nursing home hear a song from years ago, you can see them mouthing the words and tapping their fingers and toes. Jim’s music put a lot of smiles on the faces of our residents whenever they performed here,” Strong said.

Whether the band is giving driveway concerts or performing at local venues, one thing is certain: their music delights others. “We are giving people good memories,” Gray said. 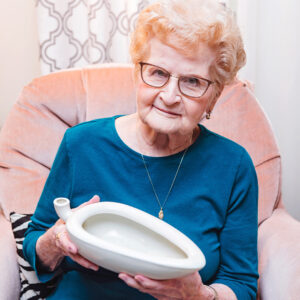 The ‘Business’ of Bedpans 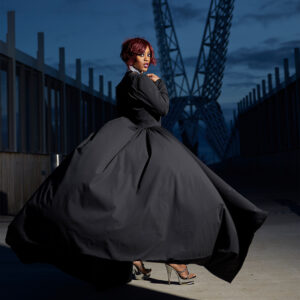 Dream Dresses Made to Order