Every Thursday night, 30 to 50 people wander into the Denny’s restaurant on 2nd Street in Edmond to battle it out with friends, strangers and family members. 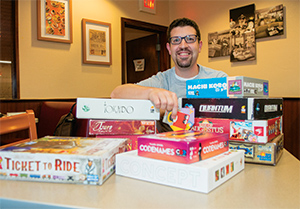 Some of them battle over chess pieces. Others engage in high-strategy attempts to build and develop holdings while trading and acquiring resources as they build settlements. Still others try to determine who amongst them are the werewolves devouring villagers.

Welcome to game night, hosted by the Oklahoma Board Game Community, a group of game enthusiasts who host meet-ups and events with the sole purpose of playing board games, meeting others and simply having fun.

“We are a group that organizes board game events for anyone all over Oklahoma City,” said co-founder Mike Dattolo. “We have events at places like Coop Ale Works once a month, the Microsoft Store, Denny’s and other places. We just play board games.”

The organization, which can attract as many as 150 players at the events at Oklahoma City’s brewery Coop Ale Works, originally began between Dattolo and a friend. They met at a neighborhood clubhouse and let their friends know about it via Facebook. Soon, others were attending, bringing their own board games and the interest in the organization just grew.

“People bring their own games to the events, but we have our own library of games that are easier to teach newcomers,” Dattolo said. “At any given time, we have 20 or 30 games going on. I think it’s become so popular because you can connect in real life. There is such an increase of smart phone use and social media, that actually meeting in person, moving pieces on a board and talking is something people want.”

Dattolo and his friend first started letting people know when game nights were through a Meetup group. Soon, they had so many people attending that they founded a Facebook page and started a website.

“It’s such a diverse group of people. We have families with kids, people who are 50 or 60 years old and young people. There is a huge variety of people who love board games,” said Dattolo. “It’s such an inclusive hobby.”

Most of the board games are “modern, designer” board games like Settlers of Catan or big party games like Telestrations. Werewolf is also a large-group board game, but traditional card games like spades and hearts make an appearance as well. And despite the competitive nature of games, everyone at the event takes winning and losing in stride.

“People tend to be easy-going,” he said. 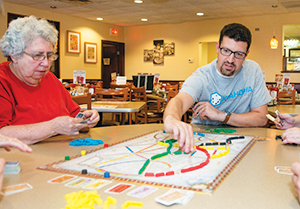 Various gaming events are held monthly. Once a month, the group hosts an “Introduction to Board Gaming” night at Barnes and Noble to teach newcomers some of the easier board games. The general game night is held each Thursday evening at Denny’s. A younger, bigger party crowd tends to fill the Coop Ale Works event, held the third Saturday of every month.

“I was surprised how big this has become,” said Dattolo. “We have over 1,000 members in our Meetup group.”

Playing board games in a large venue isn’t just about having fun, though. According to multiple experts and studies, playing games is good for the brain as well. According to Parenting Science, games that use strategy like Mastermind or chess help develop logical-mathematical intelligence. In fact, a 2006 study conducted by Neller et. al showed that the game “Clue” was an effective tool in teaching students the concept of deductive logic.

According to the New England Journal of Medicine, researchers undergoing a 20-year study of senior citizens to see if they developed dementia found that participants who engaged in mental activities such as board games and crossword puzzles had a lower risk. The study found that just one activity like board games once a week reduced dementia risk by 7 percent, and that risk reduction increased to a whopping 63 percent for those who played games more than once a week.

“I think about the cognitive benefits a lot,” Dattolo said. “I have a 3-year-old and he loves games. Another aspect is learning to lose graciously. Also, if you’re not very social, being out and about can be intimidating, but playing games give you something automatically to talk about and you really don’t have to think of things to say to be part of the crowd.”

Those interested in participating are encouraged to “just show up.”

“We have new people at every event,” said Dattolo. “We have people ready to greet you and make you feel comfortable and welcome. It’s a completely free group that welcomes everyone.”

For more information and a list of upcoming events, join their Facebook group by searching Oklahoma Board Game Community, view their Meetup page at www.meetup.com/okboardgame or visit okboardgame.com. 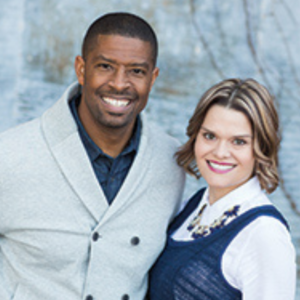 by Austin Marshall
In the spring of 2001, Pastor Herbert Cooper and his wife Tiffany felt called by God to uproot their successful ministry in Springfield, MO and relocate to Oklahoma City. Without knowing what the future had in store, the Coopers sold their home in January 2002 and launched People's Church, holding their initial services in the AMC Theater at Quail Springs Mall.
Read More  > 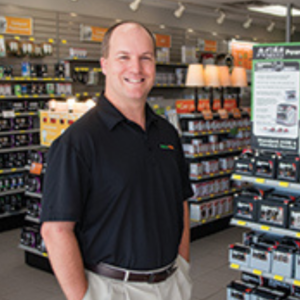 by Morgan Day
At Batteries Plus Bulbs in Edmond, the staff isn't there to just sell. They're there to find a solution to customers' problems.
Read More  >