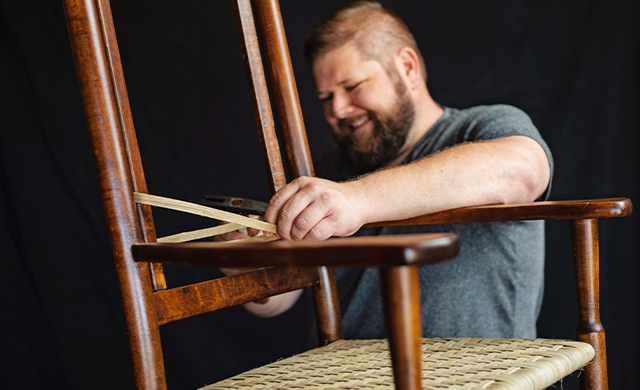 Jay Tracy is an artist by trade and historian at heart. As a hobby, he rescues and restores old furniture, mostly dating back to the 19th century. He finds much of it discarded by the road or at estate sales. He mostly refurbishes each piece back to original condition, but he occasionally applies artistic finishes to create a new look.

Jay, who lives in a historic 1920s home in Oklahoma City, finds the greatest treasures in his own neighborhood. Often, outdated furniture is being ripped out of a house during a remodel or it’s being sold because someone has passed away.

Scavenging old furniture is not exactly a glamorous job, but Jay is willing to deal with dust bunnies and cat pee to see if a desk or cabinet is made of real wood. He once found a maple buffet covered with graffiti and stickers, but it had a solid structure. “The drawers had old socks, food packages and mouse droppings inside, and there was a dead mouse squished on the back of it. I thought, oh well, I’ve come this far—into the car it goes!”

Jay’s aunt owned an antique store in the small town where he grew up, and she first showed him how to refinish a table owned by his grandparents from 1933. “My dad, also an artist, had painted it olive green with yellow pinstripes at some point. It was hideous!” Jay laughed. “My aunt showed me how to take it back to its original state.” Now, Jay’s walls are lined with the antique furniture he’s restored, from an 1830 empire chest to an armoire that still has World War I newspaper articles glued to the inside.

“When people come to my house, they joke that it looks like an 80-year-old woman lives here,” Jay said. “All my furniture is dead-people stuff.” The newest thing he has in his house is a leather chair from 20 years ago. The oldest piece was one that eluded him.

“I bought a 1780s cherry wood desk with dovetail joints from an estate sale in my neighborhood for $80. I paid the family’s grandson to deliver to my house. Later that day, an elderly man came by and said, ‘That desk wasn’t for sale. It’s been in my family for generations!’ Well, I knew I had to sell it back to him, because my aunt once sold an 1893 colonnade cabinet that belonged to my grandparents by accident. I had tracked down the buyer, but she wanted me to pay a huge price to get it back, so I had to let it go, but I remember how it feels to lose a family heirloom.”

Most of the furniture that Jay rescues is not missed by anyone, but he feels compelled to rescue it anyway.  “Old furniture is well built, it has character and it has a history. I can’t stand to see it go to a landfill–even though I’m running out of room in my house.” 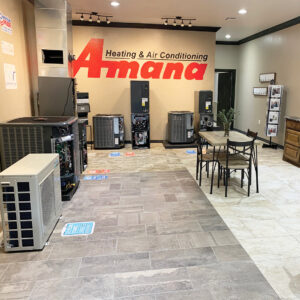 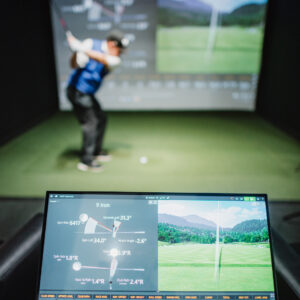